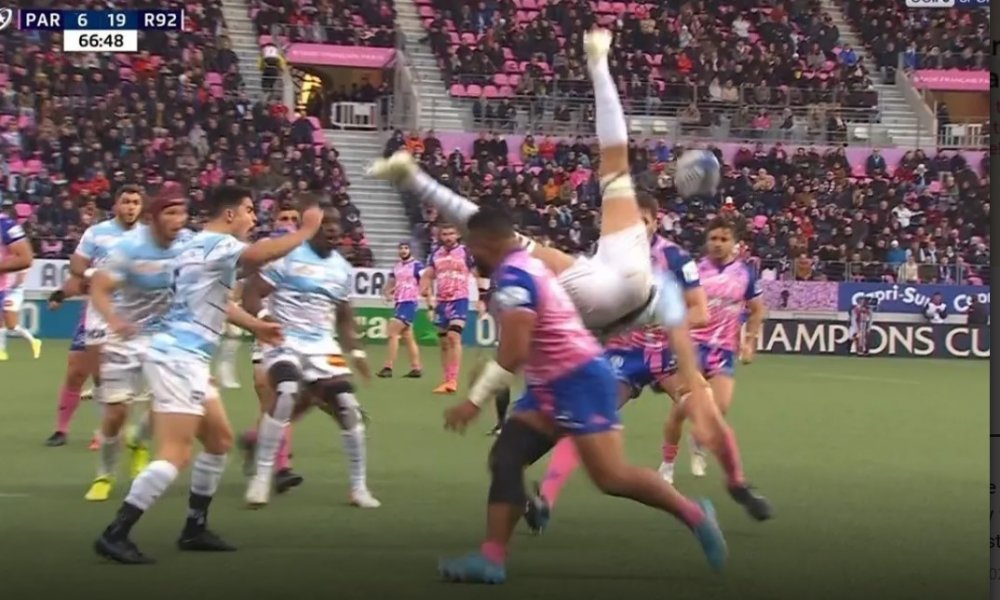 Today’s rugby news sees Brumbies bracing for the Blues semi-final, Wallaroos win the first half against NZ, NSW consider bringing back Latu and a bizarre peek under the bonnet of the South African psyche.

G&GR graduate Nathan Williamson reports that the Brumbies will attempt the “Chewbacca defence” at SANZAAR’s Judicial Committee on Tuesday night (last night your time) in a bid to get Len Ikitau’s red card reversed and ensure he is free to play Saturday’s semi-final against the Blues.

“Ikitau is alleged to have contravened Law 9.13: A player must not tackle an opponent early, late or dangerously, during the match between the Brumbies and Hurricanes at GIO Stadium in Canberra on Saturday 4 June 2022.” SANZAAR said in a statement.

There will be a few nervous faces watching the case, including Wallabies coach Dave Rennie, with anything more than a three-match ban likely ruling him out of the first Test against England on July 3. However, even if he is ruled out,  flyhalf Noah Lolesio remains confident whoever is selected can step up and fill the void.

“That’s our point of difference in this competition I believe,” Lolesio explained. “We have tremendous depth at every position. Lenny’s (Ikitau) a huge player for us and hopefully he can be cleared but if not, we back the next person to slot in and step up. It’s something that we thrive on and everyone has to be ready, it’s a squad mentality.”

James Slipper is among the rare few who have tasted victory at Eden Park. He and Queensland Reds teammates pulled off that accomplishment in 2012, a year before the Brumbies had their last win at Eden Park, a 20-13 triumph. Scrumhalf Nic White, who’ll head back there with the Brumbies this weekend, scored a try in that win, but victory there has eluded the Canberra-based team in three games since.

Slipper said their recent 21-19 loss to the Blues after a late Beauden Barrett drop goal showed they were learning how to take it up to the competition’s best.

“We played well that game … we win one more breakdown, we win the game,” he said. “But you can pick apart games from the first minute to the last one and there’s always areas that you’re going to pick up and want to do better … we were happy, we’re just going to do it for a longer period this week. They’re huge. There’s plenty of All Blacks in their pack, so it’s going to be a tough challenge but one we’re excited for.”

Wallaroos give NZ a scare

On Monday the Wallaroos lost 23-10 to the Black Ferns in their opening match of the Pacific Four tournament in Tauranga (NZ). Australia led 10-5 at halftime but were overtaken two tries to nil in the second half.

Sam Worthington of Channel 9 reports that Veteran prop Liz Patu powered over for the game’s opening try and the most-capped player in Wallaroos history was also pushing the new-look Black Ferns back rapidly at scrum time. Despite the defeat it was an encouraging response from the Wallaroos following their shock loss to Japan on the Gold Coast. The Aussies signaled their intentions not to back down by forming what Stevenson described as a “remarkable” boomerang response and marching towards the (world’s longest) Kiwi haka.

The Wallaroos will continue their Pacific Four Series campaign against the United States in Auckland on Sunday, when the Black Ferns will also play Canada eh.

Georgina Robinson of the SMH reports that the Waratahs are weigh up whether to throw troubled 21-Test hooker Tolu Latu a lifeline, subject to board approval.

Latu parted ways with French club Stade Francais last month after a poor season marred by on-field disciplinary issues and off-field drama. He is serving an 11-week suspension that will rule him out of any Wallabies involvement until September after receiving a red card in what was his last game for Stade. Latu scored six tries in three seasons in France, but also received seven yellows and two reds, developing a name for himself as a liability for the Top 14 club in his final season. During his final weeks there he was singled out for pointed criticism by club owner Hans-Peter Wild, who said the former forklift driver had “spent more time off the field than on it”.

Latu is now looking at a return to the Waratahs, a move that received the cautious endorsement of the chief executives of both NSW and Rugby Australia. Waratahs coach Darren Coleman worked with Latu at NSW Country Eagles in the National Rugby Championship and is prepared to give him a second chance. The move would require the approval of both RA and NSW boards, but seems likely to happen. The Waratahs have hookers Dave Porecki and Mahe Vailanu on their books, but Latu would add international class to the squad.

RA boss Andy Marinos sounded a positive note on the potential return. “I just think if Tolu Latu wants to come back, that’s the beautiful thing about sport, it’s got a number of redemption stories in it,” Marinos said.

NSW boss Paul Doorn said the Waratahs were “a long way away yet” from taking it to the board, but said players deserved second chances. The Waratahs have been doling them out in recent years, with Karmichael Hunt and Izaia Perese both repaying the faith showed in them with big contributions.

SAf leave WA way behind in “chips on shoulder” comp

For those wishing to stare into the abyss of the South African psyche, sort out your safe word with a helper on standby, then dive in to this Rugbypass article. Highlights in the order of appearance in the source article:

One of the major drawbacks to being a South African living in the UK is putting up with people’s interpretations of your accent. … it’s hard not to feel that the one variable they’re taking aim at is your intelligence. Maybe that’s just me being a sensitive Saffa. With the country mired in political corruption, unchecked violence, decaying infrastructure and chasmic inequality, perhaps my armour is paper thin and any barb pertaining to my national heritage stings more than it should. Our standing on the global stage dwindles every year and though we hold to the notion that the world is an interconnected village, it can often feel like that bastardised version of our accent is a reminder of our bumpkin status.

British troops killed an estimated 26,370 Afrikaans women and children along with 115,000 black Africans in open air prisons dubbed ‘concentration camps’. Britain’s insatiable appetite for more colonial territory brought untold misery to countless more. Trauma lingers, even across centuries. And though the yoke of oppression has been cast aside, and new horrors have since been meted out on the peoples of South Africa by their fellow countrymen, that pain has not fully subsided.

Those same critics who clutch their pearls at the thought of oafish South Africans knocking over the good china have no qualms about the country’s top talent driving their own teams forward. A South African has featured in every Champions Cup final since 2010. The South African rand can’t compete with the strength of the pound, euro or yen. Why shouldn’t this union that has won three of the seven World Cups it entered – a better win percentage than the All Blacks – take control of its own destiny?

The Saffas have muscled their way to a table they’ve deemed worthy of their status. Those at the far end can harrumph into the brandy and mimic our accents as much as they like.