Waratahs 2016: a changing of the guard 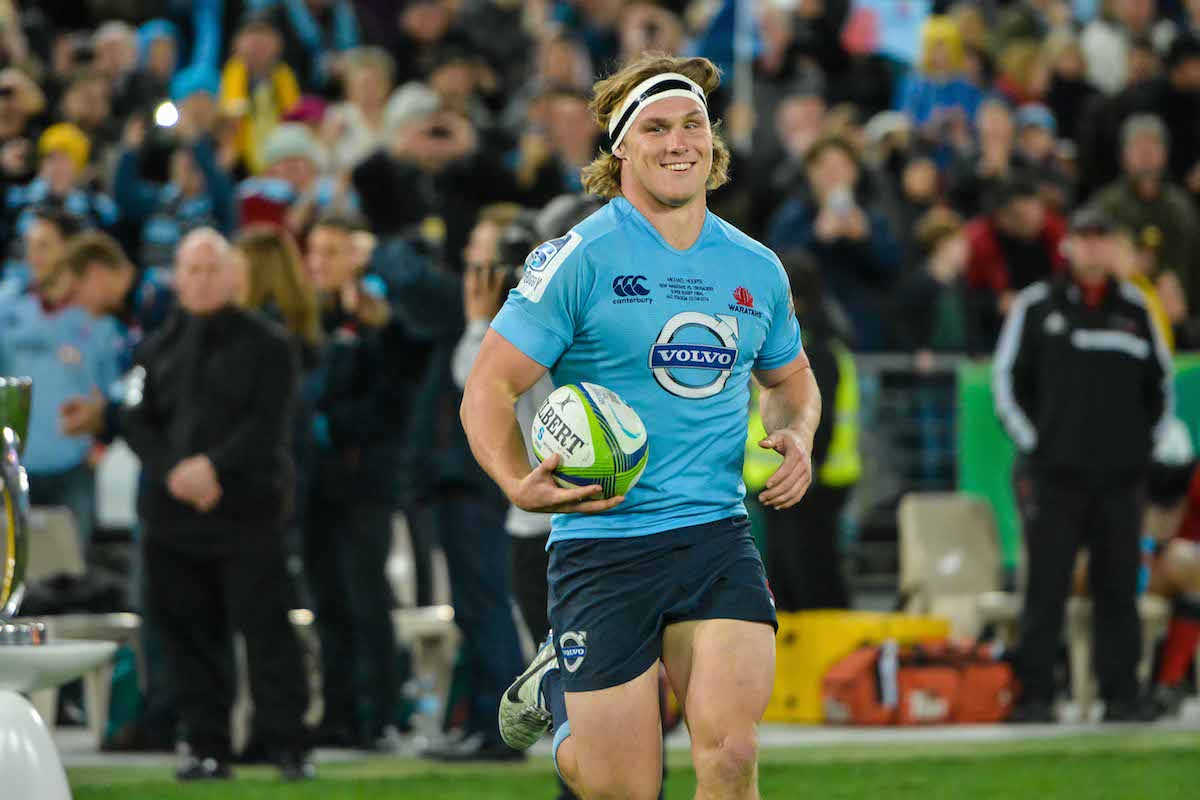 Waratahs 2016: a changing of the guard

2016 heralds the start of a new era at Moore Park with plenty of key changes for the Waratahs.

After 8 years as an assistant coach, Daryl Gibson finally gets to sit in the hotseat as a Super Rugby head coach. Whilst Gibson isn’t known for the sort of firebrand antics that Cheika was renowned for, he certainly isn’t a light touch. In each public statement, Gibson has made it clear that he plans to continue the attacking and physical brand of football that became the Waratahs’ trademark under Cheika. As the attack coach through that era, Gibson can certainly take some of the credit for everything that was achieved.

Michael Hooper has been anointed as the new captain with Dave Dennis moving to a club captain role. This is a sign that Hooper is ready to lead the team full time and perhaps provide some flexibility for Gibson if he decides Dennis isn’t a guaranteed starter.

Action aplenty in the Departure Lounge

Sekope Kepu and Adam Ashley-Cooper headline a long list of players who have left New South Wales as they join Bordeaux to try their hand in the Top 14 and refine their sommelier skills. Tala Grey has also returned to France with Toulouse. 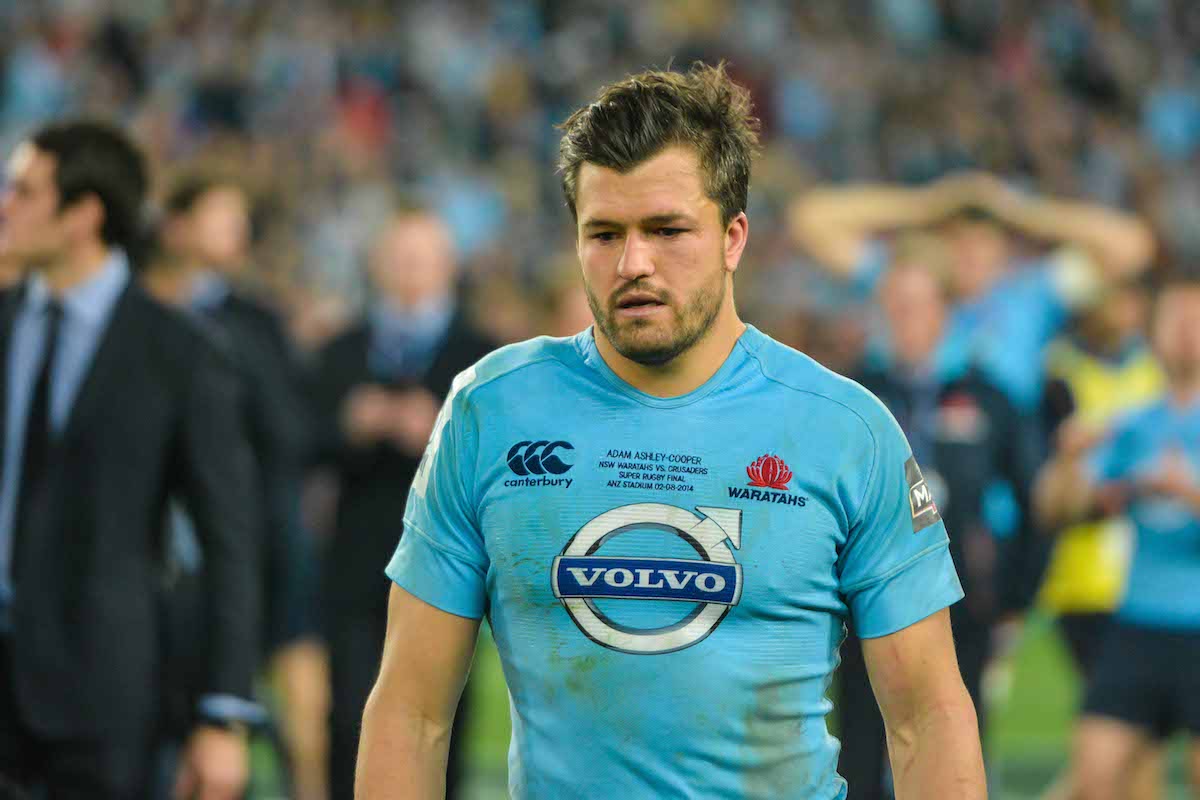 Remaining in Super Rugby, Jono Lance will look to cement himself as a Super Rugby starter in the 10 jersey at the Western Force, Jacques Potgieter finishes his two year Australian jaunt and heads to the Sharks whilst Ben Volavola and Michael Alaalatoa look for opportunity at the Crusaders.

The UK aren’t without their fair share of former Waratahs with Peter Betham heading to Leicester, Brendan McKibbin to London Irish and Taqele Naiyaravoro to Glasgow. Rumours abound however that Taqele could soon be on his way back to Sydney.

Pat McCutcheon has allegedly joined the Australian Sevens side although a plethora of injuries has seen his debut delayed.

Mitch Chapman and Steve Hoiles have hung up the boots after distinguished careers. Hoiles can now be regularly seen playing the fool for Foxsports and has surely worn almost as many mascot outfits and onesies as he has rugby jumpers.

Angus Ta’avao and Zac Guildford headline the list of offseason signings for the Tahs. Ta’avao looks like he will take over from Kepu as the starting tight head prop and his performance will be crucial to the team’s chances. It’s last chance saloon time for Guildford as the talented but often wayward former All Black looks to get his career back on track in Sydney. If he stays out of trouble, he could be a great pick-up for the Waratahs as he has looked fit and in form during the two trial games so far.

Bryce Hegarty has moved up from Melbourne via Japan as Gibson looks to provide depth at 10 and 15. In what has become a tradition for the Tahs of recruiting from the NRL, Reece Robinson joins the team from the Parramatta Eels and his trial form has been impressive despite his lack of rugby experience. He looks to be the fastest player in the squad and it won’t be a surprise if he forces his way into the matchday 23 for round 1.

Matt Lucas, Ned Hanigan, Jim Stewart, and Brad Wilkin round out the new additions to the squad.

If all goes to plan, the Waratahs still have a pretty formidable side on paper. If they can keep the core of the squad healthy throughout 2016 they’ll be looking to challenge the Brumbies for the top of the Aussie conference.

After confirming Allianz Stadium as the venue for all their home games, the Tahs commence their campaign at home against the Reds before venturing to Canberra to play the Brumbies. The Tahs will be looking for a fast start to the season before hosting the reigning champions, the Highlanders in round 4. With two byes in the first 7 rounds, the Waratahs will again have to play many games on the trot in the back half of the season. The Tahs are fairly fortunate with their touring schedule with their trip to Perth followed by their only match in South Africa against the Stormers. An inaugural trip to Tokyo to follow up the June test window is sure to provide excitement.

With home games against the Highlanders, Chiefs and Hurricanes, the Waratahs have a favourable draw in terms of meeting tough teams in front of their home crowd in Sydney.

Despite boasting a strong contingent of Wallabies, the Waratahs will be looking for some of the young guns to assert themselves in 2016. In the forwards, Jed Holloway has served a long apprenticeship to Wycliff Palu but will almost certainly get first crack at the number 8 jersey when the season starts. A big bodied workhorse, Holloway has shone at NRC level. The step up to Super Rugby is substantial though but he should be up to the task. Jack Dempsey, Ned Hanigan and Brad Wilkin will be looking for any opportunity they can get and all three look like they have bright futures ahead of them. With Michael Hooper likely to play less minutes than he has in previous seasons, there might be some time available at openside flanker.

After injury interrupted his 2015 season, Sam Lousi will be keen to see plenty of minutes to showcase his strong ball running and crunching defence. With a deceptive turn of speed, Lousi presents a big threat if he can find some space. 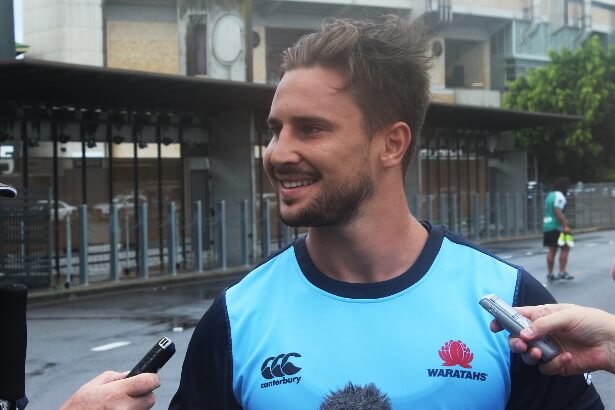 Having been part of the squad for the last couple of years Dave Horwitz has shown good form in the trials. After spending plenty of time playing 10 early in his career, it looks like he has settled into the inside centre role and will be hoping to get a chance to finally make his Super Rugby debut. Fellow young gun, Jim Stewart will provide plenty of competition should the chance arise showing good skills at either 12 or 13.

After losing his contract last season, Matt Lucas returns to the Waratahs and will be keen to cement his spot in the matchday 23.

With a host of outside backs on the books, Andrew Kellaway may have to wait to get his chance at Super Rugby but after succeeding at every level he’s played so far, I’m sure he’ll be up to the task.

The Brumbies start 2016 as one of the title favourites and are odds on to win the Australian conference. With that said, the Waratahs have had the wood over their local rivals in the last couple of years and will be looking to cause a boilover in their round 2 clash in the nation’s capital. I predict that the Australian conference will still be well and truly up for grabs after the June tests and it will be the Waratahs and Brumbies battling it out. A third straight finals appearance will be expected for the Tahs but unless they can win the conference they’ll be on the road in the quarter finals. That said, their recent finals experience should hold them in good stead and a top 4 finish is on the cards.