Wallaby team vs All Blacks in Honkers & preview

Wallaby team vs All Blacks in Honkers & preview 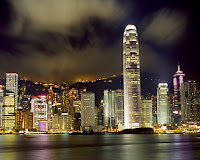 With all the leaking that happened this week in Hong Kong it wasn’t really a surprise when the Australian Bledisoe team sheet hit. A few thoughts on it:

I’m still not exactly happy about our chances on Saturday. Taking on the NZ “A” team with a few top names missing (Elsom, Palu, Tuqiri), mucked around midfield and midget back-row doesn’t fill you with confidence. I heard Sean Fitzpatrick trying to convince tonight that there are also plenty of ABs who havn’t played for weeks. I want to believe it, but…..