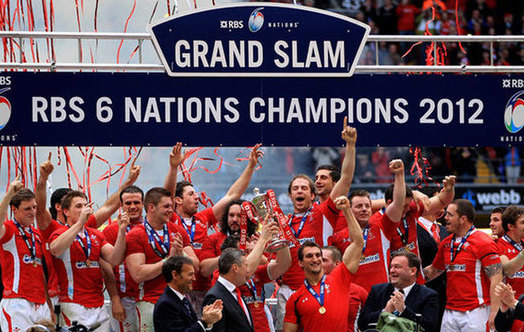 The James Bevan Trophy is up for grabs this weekend with Robbie ‘Dingo’ Deans and the Wallabies poised to win the series — that’s if the inconsistency of recent times is overcome.

If you aren’t aware of the history of the trophy, this little baby was created in 2007 and named after James Bevan, the Welsh Australian who was the first ever captain of Wales in 1881. He was from St Kilda actually….

The bane of Robbie Deans’s existence since he took over the coaching reins four years ago is that continuing lack of consistency in the Wobblies’ performances. We’re of course seeing it again this year but notwithstanding the scheduling difficulties of late, at least he’s now able to name the same side two weeks in a row.

This can only be a good thing in terms of combinations and the like. There’s no need to change a winning team. Anyway, who had a poor game last week and deserves to be dropped, and whom would you replace them with?

The answer to the first question is no one really. The chattering classes might pontificate about the merits or lack of in relation to Horne, Vuna and Simmons but apart from some obvious missed tackles (and the odd botched try :oops: ) none of that group seriously disgraced themselves.

Let’s face it, Vuna wouldn’t be there if Mitchell, O’Connor, Beale, Turner, Hynes, Tomane, Tapuai and maybe even Rathbone weren’t all crocked….

But the Wallabies are sort of gaining a reputation like that of the other enigmatic international side, the Frogs — so who knows which Wallabies team will turn up on the day?

As the Scottish Test exposed, after the top 22 players are factored in (or out) there just isn’t a lot of depth to Wallabies rugby, certainly not in comparison to some other international sides.

For Saturday, you could argue that Squeaky Moore deserves a return to the No. 1 hooking role but the Waratah front row did an exceptional job as a unit and deserves another go. Berrick Barnes seems to thrive at international level so it’ll be interesting to see whether he can replicate last week’s form.

His performance (and Genia’s dominant display) was mainly about the forwards providing an appropriate platform, plus of course the Pocock factor at the breakdown.

Look, the Wallabies piggies have to come out with fire in their bellies and signal their intent right from the start. Direct running and achieving gain line outcomes — is that Dingo-speak? Our set piece execution looks pretty solid.

Tactics-wise we’re hearing talk about the Welsh trying to nullify Pocock, close down our halves and kicking to Vuna’s wing, but we’ve heard all this ho-hum stuff before. Weren’t they trying to do that last time?

I think a lot of smart money will be on the Welsh to come back with a fairly strong riposte this week and to that end they’ve made four changes to their side, one of which was forced.

Ryan Jones takes over at No. 8 from the injured Toby Faletau, Alun Wyn Jones (where would you rather be — on your honeymoon or playing footy?) replaces lock Luke Charteris, former captain Matthew Rees is in for Ken Owens at hooker, and Ashley Beck is selected at centre for Scott Williams.

I think the Wallabies lineup is probably just about the strongest that can be selected (apart from Squeaky) from the players currently available.

I’m not sure whether they have the capacity to knock over the Six Nations champs two weeks in a row, and three would be very doubtful.

Close match but maybe Wales by 5.