Vikings hold on to see off the Force 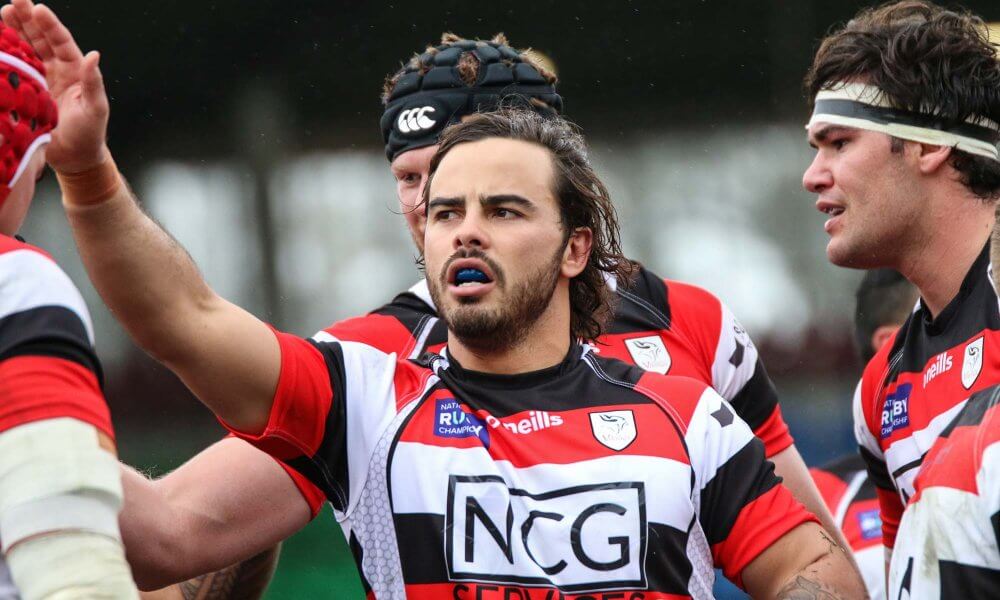 Vikings hold on to see off the Force

The Canberra Vikings have made it back-to-back wins with a tough 29-19 win over the Force in Canberra in an entertaining game to round out NRC action this weekend that sees them move into third on the NRC ladder.

A double to Andy Muirhead and tries to Jordan Jackson-Hope and Wharenui Hawera were enough for the Vikings as they combined the try scoring feats with an impressive second half defensive effort as they kept the dangerous Force attack to zero points.

The Force looked good in the opening minutes but it was the Vikings who opened the scoring after five minutes with a try to winger to Andy Muirhead. Tom Banks put the disappointment of missing Wallabies selection this weekend and was the architect of the try as he made a break and after a quick recycle, Lausii Taliauli used the overlap and found Andy Muirhead who stepped his way over the line. Wharenui Hawera converted for a 7-0 lead.

The Vikings looked set to extend their lead only minutes later but a forward pass from Taliauli to the supporting Ryan Lonergan ruled out that chance.

The Force were on top for the next period with their forwards getting over the gain to give Ian Prior and his backline a bit of room to move as they got into the game with Rod Davies proving a handful for the defence throughout the game.

They were, however, lucky to escape a botched penalty kick for touch from Andrew Deegan with the Vikings giving the ball straight back to them with a knock off the resulting scrum. But it was their own scrum that showed their dominance to gain two penalties right on the Vikings line before Chris Alcock came up with the Force’s first points of the game and Prior’s conversion form in front levelled the score.

The Vikings hit back straight away with a brilliant individual try to Jordan Jackson-Hope who after collecting the pass executed a chip and chase and collected the ball before the cover defence of Andrew Deegan to score in the left corner.

The Force looked likely to score next with their backline finding space for winger Rod Davies inside the Vikings 22 but his inside pass unfortunately found Len Ikitau to get the Vikings out of trouble.

The Vikings edged further ahead to ten points with a penalty goal to Hawera but just before the half time break, the Force had their second try to Henry Taefu who escaped the tackle of Hawera and twisted his way over to score. Prior converted to make it 17-14 and then right on half time they went in front after a five metre scrum was too much for the Vikings to hold out with Brynard Stander joining the try scorers list.

The second half was a real arm-wrestle with both teams defence muscling up to keep it close. The Vikings blew a good attacking opportunity early in the half with a dropped ball on attack before the Force attack kept the Vikings on the back foot as they were somehow able to keep out the dangerous Force attack.

The second half deadlock was finally broken after 22 minutes with the Vikings going back in front with Muirhead claiming his second try of the match off a well worked backline move that started earlier after an error from Jack McGregor in attempting to keep the ball in but went over the touchline with the ball to give the Vikings some rare field position with the inclusions of Josh Mann-Rea and Rob Valetini who were both returning from long-term injuries proving a timely move.

With just under 15 minutes to go, the Vikings extended their lead to ten points with Hawera stepping his way over the line with some good backline play in the lead up and converted his own try to give the home side some breathing space.

The Force wouldn’t lay down though and kept attacking in waves with McGregor going very close to reducing the margin but knocked on right on the line to let the Vikings off the hook and they held on for a 29-19 win.

With the score at 19-17, the second half stalemate was finally broken with Andy Muirhead’s second try. The Vikings added another for good measure then held on for the third fought win

A few contenders for both side but the nod goes to Jordan Jackson-Hope who scored a brilliant individual try and looked dangerous when he had the ball. Chris Alcock a close second for the Force as he got through a mountain of work