After a Bye in Round 1, the UC Vikings started their 2015 Buildcorp NRC season with a powerful display, beating NSW Country 37-13.

The match was played before an enthusiastic and appreciative crowd of over 2,000 on a sunny Saturday afternoon at Sydney’s Woollahra Oval.

It was clear from the warm-up that the potentially stronger UC Vikings roster would provide a significant challenge for the skillful but smaller Country team.

From the kick-off, both teams took a while to find their rhythm and the highlight of the opening exchanges was a powerful surge from Viking’s 13, Nigel Ah Wong, who went within inches of scoring.

The scoreboard didn’t start ticking over until the 20th minute when Country number 8, Mark Baldwin crashed over in close off a Mitch Short pass. This followed good lead-up work from Jono Lance, who added the extras.

But Country fans were left with little time to celebrate, with a turnover from the kick-off finding the Vikings in possession. Rory Arnold (4) made a strong charge (not for the only time in the afternoon) before offloading to Lausii Taliauli (11) who crossed in the left-hand corner.

The Isaac Thompson (15) conversion was successful and the match was tied-up 8 all with roughly 15 minutes remaining in the first half. 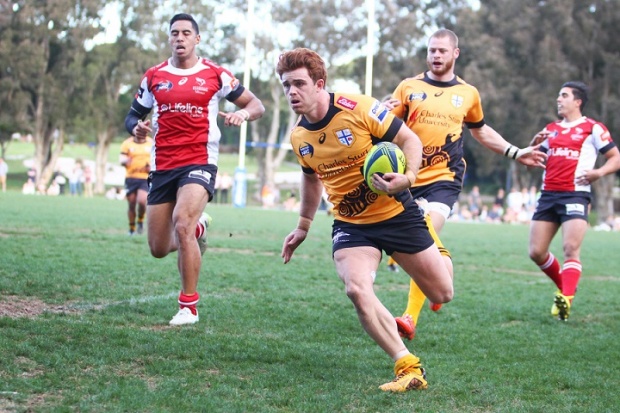 After a sea-sawing next 10 minutes, the Vikings set up a strong platform from a line-out win only metres out from the Eagles line. Their pack then drove forward, Brumbies style, and chalked up the second Viking’s try, this one to Jarrad Butler (7). Thompson converted and at half-time, the Vikings lead 16-8.

Even though only 40 minutes had been played, it had become obvious that this competition would feature more prominently in the spring rugby viewing calendar for many in attendance. During the break, some ex-players from Easts (one of Country’s feeder clubs) were over-heard saying “how good was that”.

They’d just seen an entertaining first 40 featuring some Super 15 and Wallaby regulars, mixed in with club-level legends and stars of the future. But the best bit was being able to watch only metres from the side-line, where the noise from the heavy hits was at times quite deafening.

The Vikings started the second half super hungry for more points and it didn’t take long. Seven minutes in, Thompson ran through a hole and stretched out to dot down for an unconverted try. The UC team now lead 21-8.

Vikings outside centre Nigel Ah Wong was then rewarded for a dominant display by scoring a try, with 15 minutes to go, after gathering a neat grubber kick by Rodney Iona (10).

The scoreline was now 29-8 in the Viking’s favour and a blowout was possible. But they didn’t have it all their own way. Country fullback, Andrew Kellaway set off on one of his trademark raids down the flank to score a much needed try. 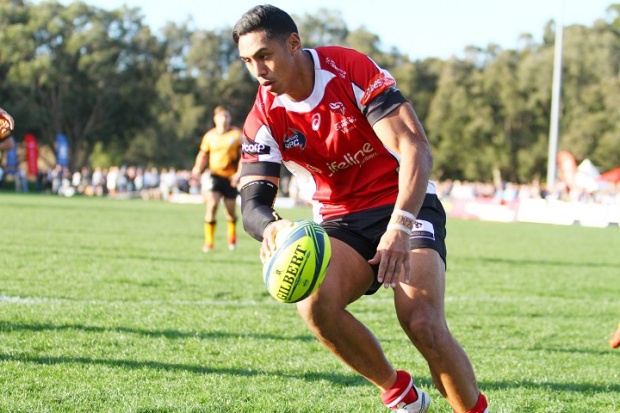 With the conversion missed but the deficit reduced to 29-13, a Country comeback now beckoned. But it wasn’t to be and with seconds remaining, Rowan Perry (19) from the Vikings, scored the bonus point try. With the extras added, the full-time whistle signalled a comprehensive Viking’s victory 37-13.

The Eagles will be disappointed in the result and many of their headline players will be looking to get more involved in their next outing. But they will have to wait an extra week, with a bye in Round 3.

This week’s victors, on the other hand, have an opportunity to build on their momentum, in a clash with the Greater Sydney Rams at Viking Park at 2pm next Saturday.

The first try to the Vikings, scored by Lausii Taliauli (11) only moments after the Eagles had opened their account. The five-pointer delivered a big psychological blow and from this point forward it appeared the Country lads were only in with a chance if things went their way perfectly.

Former Eagle Ita Vaea was chosen because he really took it to his ex-teammates from the NSW Country and ruffled the feathers of some 2015 Brumbies cohorts playing in orange. He was a wrecking ball in attack who also pulled off some big hits as well.

This Viking team is so full of contracted players that it is hard to pick one from their squad for this, but fullback Isaac Thompson did plenty and scored 17 points himself.  Meanwhile for the Eagles, the experienced centre Ed Stubbs was fearless all afternoon whilst his skipper, and openside, Will Miller took it up to his more fancied opposition.

GPS Round 9 – Getting close to the wire
RWC: 5 Things You Need to Know About Japan