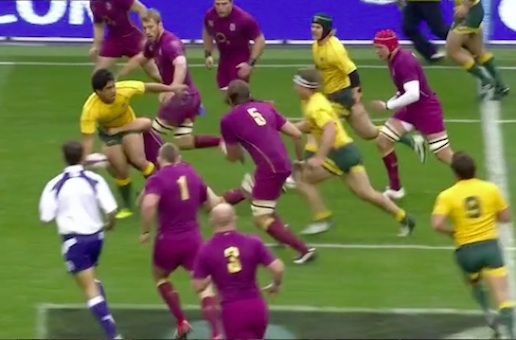 Staying with the positive vibe out of last weekend, here’s a vid of a few more little highlights. But first, a little mention about… 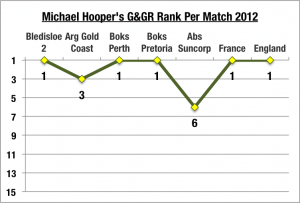 Check out where he’s come in each of the matches he’s been ranked on G&GR:

He did it again last weekend, making mincemeat of the pommy back row.

The injury-forced selection of Ben Tapuai had a big impact on the Wallabies’ attacking potency. Going around rather than through defenders, Taps also has a great offloading game and a left peg to boot. It really worked.

Finally, as mentioned by Woody on our latest PODSLAM, those chip-kicks actually worked. When they come off, they’re a delight to see.