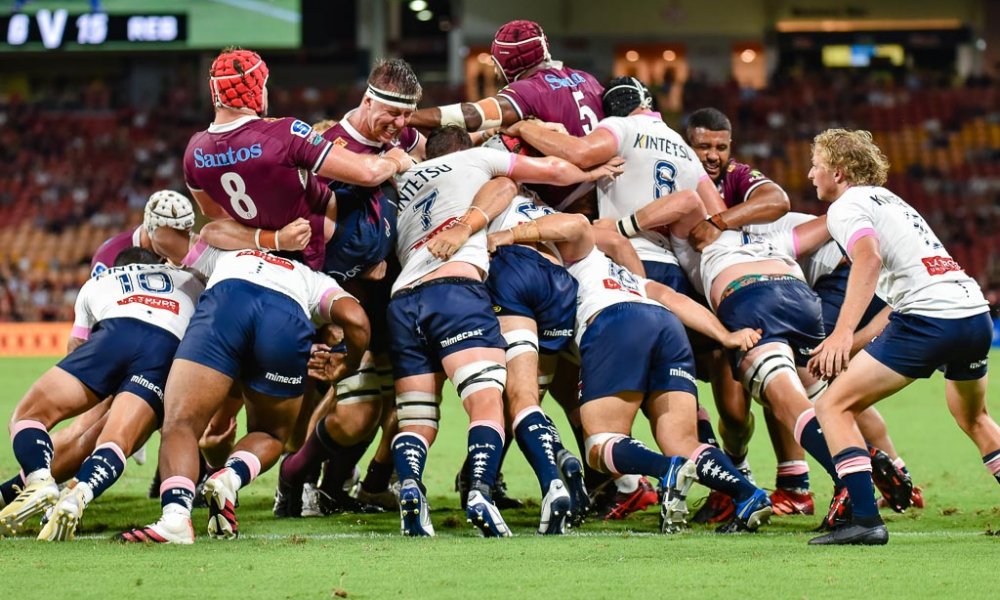 After a busy and hot 12-hour shift Tuesday’s rough and ready Rugby News looks at ‘Reds in your club’, a new Junior Wallabies coach,

Reds In Your Club. 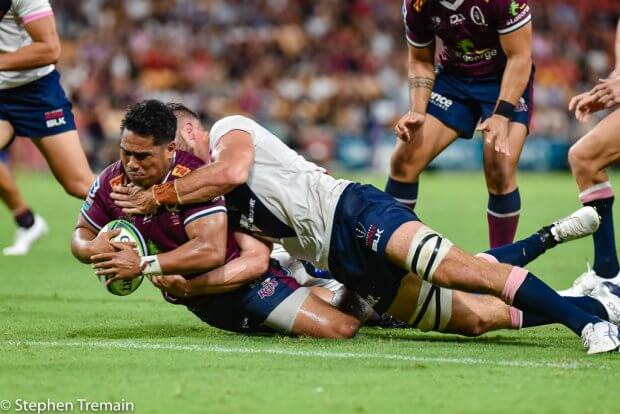 Alex Mafi scores his second try to level the scores

What do you do on your bye week in Super Rugby Au? Well if you’re the Reds you spend it visiting clubs around metro Queensland. And I’m pretty chuffed with that.

This from the press release.

The entire 38-man Queensland squad will be split-up and travel to 19 separate clubs as far west as Ipswich, to Caboolture in the north and out to Redland Bay south-east of Brisbane.

The players will conduct clinics with junior players from the club and also engage in community activities to strengthen the connection between grassroots Rugby and the elite level.

QRU State Development Manager Grant Dwyer said: “Following the success of Reds to Regions, our connection with the Rugby community across Queensland is very strong and these visits will provide another opportunity to inspire the next generation of Queensland Reds players.

“To achieve that personal connection with the many clubs, volunteers and players is through being present and for the Reds players to meet these great people in our Rugby community, who give an enormous amount to the game, will be something special. 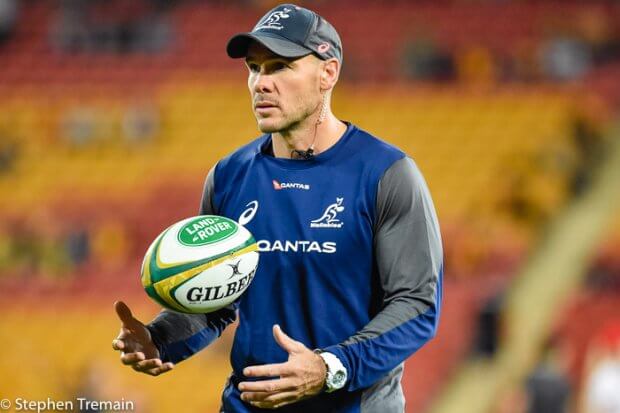 You might remember him as a hard running, hard hitting inside centre but, Nathan Grey Junior wallabies and National Academies Head coach.

Grey has previously acted as a high-performance coaching advisor in 2020, while he was also part of the NSW Waratahs and Wallaby coaching team, serving as an assistant coach from 2013-2019.

In this role, Grey worked with the Australian Men’s and Women’s Sevens programs as well as the Buildcorp Wallaroos, Junior Wallabies, State Under 19 Academies and the Australian Schools & Under 18s before the suspension of programs due to COVID-19.

The Coaching team of Shannon Fraser, Nic Henderson and Ben Mowen round out a strong support team for Grey, after former head coach Jason Gilmore was appointed as assistant coach of the NSW Waratahs during the 2020 Super Rugby AU season.

Junior Wallabies Head Coach Nathan Grey said: “I’m excited to step into the role full-time this year. I was fortunate enough to work in this space a little at the beginning of last year, and I enjoyed every minute of it.

“We have some highly skilled and talented individuals coming through the ranks, and it’s about continually developing that talent as we help them along in their Rugby journey.”

“As a squad and program, we have a world-class setup and a training program which has been proven on the World stage, and I’m excited to continue this work.

“Camp one presents an opportunity for these guys to rise and shine amongst their immediate peer group and put their name up for selection,” Grey said.