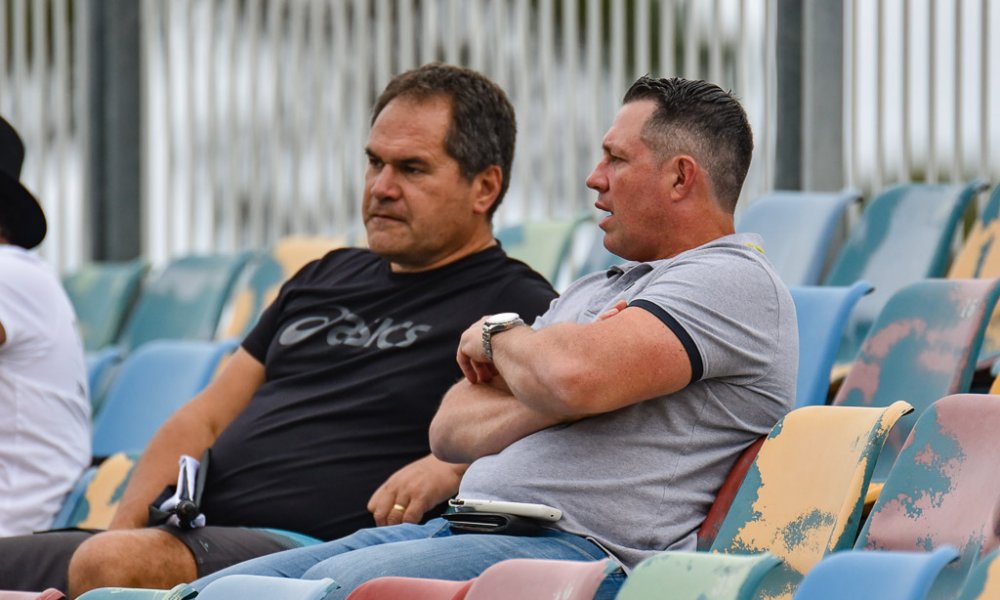 G’Day GAGR’s! Well, it’s absolutely a hard life being a Wallabies fan. In fact, it’s an unbearable burden. As we all come to terms with another ass whooping of ocean going proportions, we must steel ourselves for a game against the Dutch Dirt Farmers in less than a week. So GAGR’s dry those tears, pick up those bottles, patch up the holes in the wall plaster and let’s get ready to go again. So here is Tuesday’s news. Well, all the news that I am prepared to write about in my semi-depressed state.

Old Moses must be a bit of a masochist, I reckon, because according to him, a damn good thrashing is good for you. I don’t know if this bloke has spent too much time at the Hellfire Club in his younger days, or what kinds of thing Mrs Moses has gotten him into, but I am not 100% sure I agree.

In the time that Moses has been in charge of the Green and Gold, Australia have won only one of their seven Tests against our Sheep Loving brethren, along with one draw. And by Jehovah, us Wallabies fans will take that draw.

“I came with my eyes open. We’ve got a lot of good men who are working really hard,” Rennie said.  “We’ve had seven Tests against the All Blacks. I think it’s great for us. We’re learning quickly.”

“We’ve got the world champions (South Africa) coming up for a couple of Tests. That’s going to be great for us as well. We’ve got to be better, no doubt. But I still feel we are trending in the right direction. We need to see evidence of that over the next couple of weeks.”

In regard to our potential saviour, JOC 2.0. Moses stated, “We’ve got to assess where James is at, He’s back in training. He’ll run (on Monday), so we’ll get a bit of clarity about where he’s at.”

One thing I know, is if Lolesio and Banks are picked again in the starting positions, there are going to be some GAGR contributors that will totally lose their shit.

The Red Card and Discussion Around it

Well bugger me roman style if that red card on the less talented of the Barrett brothers didn’t cause all kinds of furore over the ‘dutch’ in the land of the Long White Sheep. In fact, the Kiwi’s lost their utter ‘Scheisse’ over it. To be honest all my Kiwi mates (and yes I will admit having friends that are intimate with sheep, wear jandals, and go down to the ‘dairy’ to get some beers to put in their ‘chilly bin’) admitted it had to be a card, but were a little upset over the colour of it.

The Nearlies believe there are mitigating circumstances (that is Kiwi legal terminology for an excuse) that will hopefully prevent Jordie Barrett copping further sanctions after his red card against our beloved Wallabies in Communist WA. Sanzaar’s foul play review committee will Zoom on Monday night to suss out whether the Ugly Barrett will front a judge, jury and executioner later this week.

“We’ll go and have a good look at it, but we’ll certainly be putting a case together for that one,” Foster said. “He lost balance, you could see he tilted and what happened. I feel for the refs in situations like this because technically they saw things and they make their decisions, so I get all that. Now we’ve got a chance to sit down and analyse it we’ll have a good couple of conversations.”

All Blacks defence coach Scott McLeod stated, “We believe we do have a defence. There’s some mitigating circumstances from our side, so we’ll put forward a case.” “He won the space in the air, so in previous cases the person who has done that everyone else has to look after that person underneath or be aware of that. That would be one. I’m not on that committee, and I’m not presenting the case but in my opinion that’s what I reckon.”

In BLL’s learned legal opinion I reckon he will face the tribunal, but the NZRU will slip the SANZAAR judges some great lamb, some Cheeky Otago Pinot Noir, and all the Auckland hospitality they can find to avoid having their Unfortunate looking Barrett suspended.

Vunivalu snuffed out for the rest of the Rugby Championships

The Wallabies have lost ‘loige’ convert winger Suliasi Vunivalu for the remainder of The Rugby Championship after the ‘Queensland Reds’ (all you ‘southerners’ genuflect when you read that beloved name) winger suffered yet another hamstring injury.

Unfortunately for Vunivalu, he suffered another hamstring injury – his third this season – while training with the Wallabies’ injury rehabilitation pack. A Wallabies press pundit confirmed the latest injury and said he would be assessed by medical staff when the team arrived in Queensland on Monday afternoon. Scans, additional testing and a Queensland Witch Doctor will determine the severity in the few days, but given the history of hamstring injuries, medical staff will tread carefully.