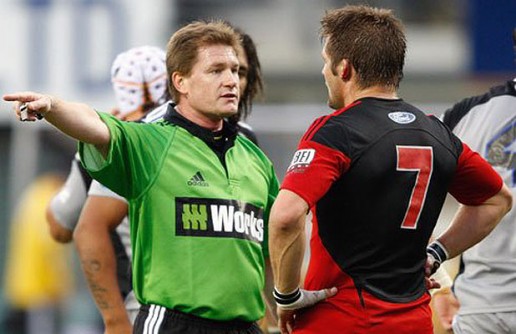 Thursday’s top rugby news has more on Benji, the All Blacks to face Japan, Bernie dishing out some finals wisdom and the return of Richie McCaw for the Crusaders.

McCaw to start from bench

Richie McCaw has been named to play against the Queensland Reds this weekend from the bench. Returning after just the one club game this year, the addition of the Kiwi icon is one of three changes for the Crusaders. Luke Romano replaces Tom Donnelly in the starting side while Adam Whitelock’s inclusion on the bench at the expense of Telusa Veainu makes for four Whitelock brothers in the squad.

McCaw’s main opponent at breakdown time when he gets on the field will be Liam Gill, who has spoken of the challenge of playing against the All Blacks skipper “I do think he’ll be back to old Richie. He’s been great in the last decade, I wouldn’t think seven months off will change much of that.” Gill also highlighted McCaw’s ability to read the game, timing and experience as his major weapons on the field.

More on the Benji saga

Where exactly Benji Marshall ends up is turning into one of this week’s bigger Rugby stories. While it still appears the Waratahs or the Blues are the most likely destination, Marshall’s management contacted the Rebels six weeks ago to suss out whether they would be interested in signing him. Rebels Chief Rob Clarke however has left the first move to the ARU who, given Marshall will not make himself available for the Wallabies, appear unlikely to chase the player.

As for the Blues, their coach and CEO will fly to Sydney this weekend to chat to Marshall about signing. The big carrot for the Blues is that playing there will make Marshall eligible to represent the All Blacks and chase an Olympic gold medal. The NZRU have also said they will not provide any top up to Benji’s salary though which will limit his potential earnings to just over $200,000.

All Blacks to face Japan

Japan’s Cherry Blossoms do not exactly have fond memories of facing off against the might of the All Blacks. In the first meeting between the two sides at the 1995 World Cup, the All Blacks ran out 145 to 17 victors. I recall watching that game and being surprised at just how quickly a side could rack up points. The Cherry Blossoms will get the chance to build some happier memories later this year though as the All Blacks have announced they will play a test in Japan on the 2nd of November to open their end of year tour.

It is interesting to see a side such as the All Blacks spreading the gospel like this and playing a smaller side outside of World Cup time. Are there any smaller nations that you would like to see the Wallabies face off against in a similar way?

Bernie has been attempting to emphasise the differences between finals matches and those in the regular season saying “it’s do or die, there’s everything to play for. It doesn’t matter what we’ve done in the past or where we’ve come from, it’s all about one game.” If Bernie, Jake White and co can get the win over the Cheetahs, they will be faced with an arduous trip to South Africa in the second week of the finals, where they would face the Bulls.