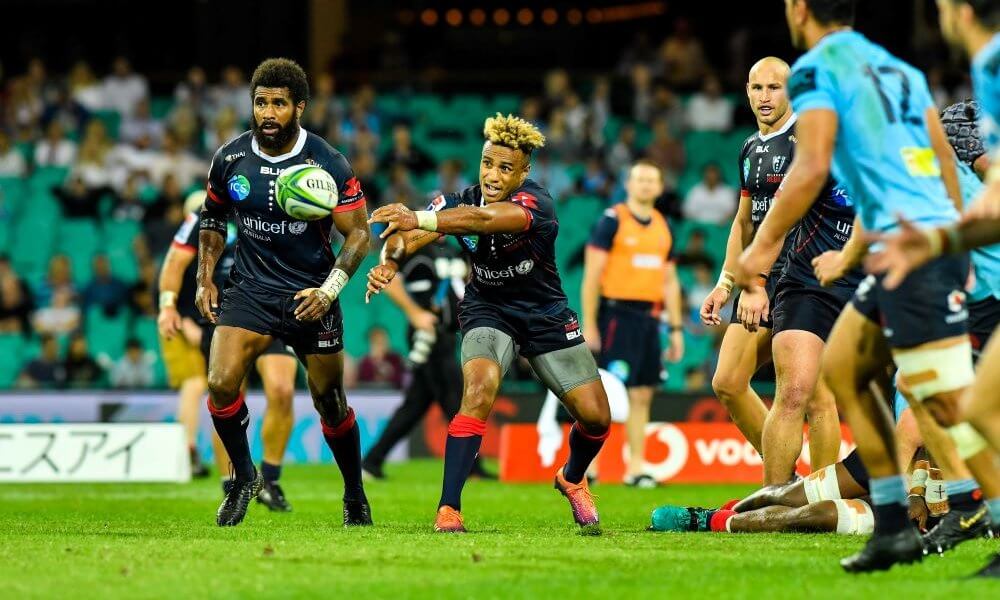 Thursdays Rugby News sees Big names to start for the Rebels, Gibson not resting players, Nothing set in stone for Kerevi’s future and Skelton still a World Cup chance. 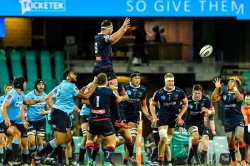 The Melbourne Rebels have named one of their strongest sides with halfback Will Genia cleared to play on Friday night.

Genia was subbed off early in the second half against the Sunwolves after a knock to the head left Australian rugby fan holding their breath.

Rebels coach Dave Wessels was pleased he could start Genia after he passed all his concussion protocols.

“I got a good feeling from Will straight after the game, because he passed his HIA (Head Injury Assessment) straight away, which is always a pretty good sign,” Wessels said.

“Head injuries are a serious one, so we’re very much guided by the medical staff because there’s very strict protocols that have to be followed and tests and things that have to be passed, so we’re delighted for Will that he’s passed all of those things.”

Wallaby World Cup hopefuls Luke Jones and Isi Naisarani return to the starting line up after overcoming injuries. Their return forced Wessels to make some big changes to his line up, Rob Leota, Sam Jeffries and Jordan Uelese have all been omitted.

The Rebels suffered a narrow loss to the Waratahs in their last outing, after dominate first half saw them fall off in the second. Wessels believes his side has improved both mentally and physically as they look to continue their run towards a maiden finals series.

“I feel like the last couple of weeks there’s been a lot of growth in the group,” he said.

“We learnt some hard lessons in that Waratahs game … one thing we’ve improved on a lot is how to control moments in the game when things don’t go your way and not letting one bad moment become two.”

“It’s great to have those guys back in the side, but it wasn’t an easy decision,” Wessels said.

“I think the decision was made around the short turn around, so it’s obviously a fair flight to Japan and (it’s also a) six-day turnaround, so we made a fair few changes in the pack to get the freshest bodies on there.”

The biggest change is high profile recruit Matt To’omua has been given the chance to start, pushing Billy Meakes to the bench. 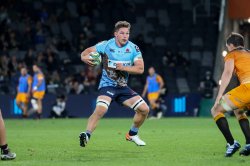 Under Rugby Australia guidelines, implemented by head coach Michael Cheika, the Super Rugby teams are required to rest all Wallaby hopefuls at least one though preferably twice throughout the season.

Waratahs coach Daryl Gibson is yet to rest five of his Wallabies (lets be honest they are not hopefuls) Kurtley Beale, Bernard Foley, Michael Hooper Rob Simmons and Sekope Kepu.

With the Waratahs season hanging on by a thread, the NSW coach has made the call to not rest any of his star players despite the requirement.

“Obviously the opportunity for our boys to have those match-ups out of these next two games, they’re derby games that are essentially Australian trials in my eyes,” Gibson said.

“These guys are not only playing hard for the Waratahs but they are also putting their hands up for further selection.

“So (there’s) plenty at stake for them, a lot of meaning in these games, so I want to give them the opportunity.”

Gibson was asked if he would continue to not rest players as per the requirement if the Waratahs were a chance at the finals.

“Hypothetically it would (be) nice to be in that situation and wouldn’t that be a good conversation to have,” he said.

Karmichael Hunt is expected to be out for 12 weeks, with Lalakai Foketi getting the call to start at 12. Curtis Rona has also been given the chance to start after his efforts against the Jaguares last weekend.

“Off the back of two really excellent performances off the bench, we’ve found his (Rona’s) form too irresistible,” Gibson said.

Cam Clark moves to the bench and Mack Mason is called back into the 23.

Jack Dempsey will miss the derby due to injury.

“Jack is still not 100 per cent and I am not willing to risk him,” Gibson said.

“He took a significant injury to his back against the Sharks, so much so that we were really concerned for him for his future.

“He is carrying a fair few injuries. We are just being conservative with Jack because we know there are bigger opportunities there for him if he can get his body right.” 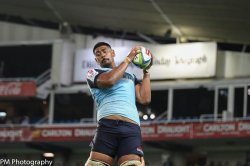 When Will Skelton re-signed with English powerhouse club Saracens, it appeared his chances of playing in the World Cup were all but extinguished.

Saracens have come out and said they’re resigned to losing the lock to the World Cup later in the year.

Given he wouldn’t qualify for the Giteau Law, Skelton would have to follow in the footsteps of Matt To’omua, who signed a deal to join the Rebels at the end of the Premiership season. A similar deal is likely to have been signed by Exeter Half Back Nic White, who is putting in a bid for a World Cup spot.

Wallabies Captain Michael Hooper said Skelton would be a welcome addition to the Wallabies if a deal could be struck.

‘He’s a unique person in that someone that big can be on the footy field and he can turn a game.

“Been plenty of games where he’s turned it through his size.

“That’s always been the hard thing for him around being mobile enough to get the repeat efforts.

“From the game I saw in the European Cup final, he was amazing – a  lot of repeat involvements so he’s playing good rugby.”

Skelton has lost 20kg since moving to England, finding a new form of athleticism he was unable to produce when playing in Australia.

Despite signing a two year deal with the London club, Saracens said they expect the Wallabies to come knocking at their door for Skeltons services.

“Will has spoken to me about it,” Saracens director of rugby Mark McCall said of the club’s players’ player of the year winner.

“There hasn’t been much contact from Australia but I think there will be and we want our players to play in the World Cup.

“For that to happen he probably has to sign longer term there, which is not what we want but if that is what Will decides, that is what he decides.

“Nic White has some arrangement. We haven’t been approached yet, but you’d imagine that might suggest something like that.” 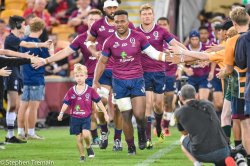 Rumours have been flying around all season regarding the future of Samu Kerevi, who will be out of contract at the end of the Super Rugby season.

Will he re-sign with Queensland? Has he signed with Suntory and chase Japanese money? There was even a rumour he would join the Brumbies at one point.

Well Kerevi has come out and said nothing is set in stone but an announcement is coming soon on his future.

“The announcement and decision will come very soon,” he said.

“My main focus now is the Reds and playing really well for them and putting my best foot forward for them each week and this week will be no different.”

Kerevi has been one of the inform Super Rugby players this season, leading the competition in carries and defenders beaten and is one of the top players for metres carried, clean breaks and offloads.

Him leaving would be a massive blow to Australian Rugby.

Currently Kerevi sits on 25 Wallaby caps and will no doubt add to them in the Rugby Championship and World Cup later this year, but will still fall short under the Giteau Law, ruling him out of any potential Wallaby selection if he leaves.

Kerevi has spoken about his love of Rugby and also the importance of family. He supports his wider family back home in Fiji and here in Australia.

”Looking to the future, you’d love (to stay) but we’ve just got to see where everything lands by the end of the season,” Kerevi said.

“For me, it’s getting to a stage where I’ve got to plan for the future as well.

“As much as what I want, I’ve got to look after my family as well.

“My family is really important to me and this is a big family for me as well.”

Speaking at the launch for the Wallabies World Cup jersey in Sydney he remains humble by the chance to pull on the Gold jersey and a chance to compete at the World Cup.

“It’s still surreal putting on a gold jersey every time you play,” he said.

“Even today, to think that you’ve got the opportunity to play in the World Cup if you get selected, that’s a really humbling feeling.

“I come from a small island in Fiji, the environment that I grew up in wasn’t too nice and for me to be able to wear this jersey is really special.”