It’s been a big couple of days for Quade Cooper.  Yesterday it was announced that he would be kick-starting his Super Rugby career by signing with the Melbourne Rebels. Today, as if to justify the Rebel’s decision, Cooper was named the National Rugby Championship Player of the Year for 2018.

To further add to the intrigue of the award, and indeed this last 24 hours, the man most likely to fill the Reds #10 jersey next year, Hamish Stewart, finished in second spot just a couple of points adrift. Such was the quality of talent on show this season, there was a logjam of talent coming in equal third including yet another gun pivot in the Drua’s Alivereti Veitokani.

Alongside the Fijian flyhalf were a couple of Force veterans in Ian Prior and Brynard Stander, while you Canberra Vikings centre Jordan Jackson-Hope also shared the third place podium.

It’s a remarkable story, the Quade Cooper NRC one.  When it became clear that Reds coach Brad Thorn wasn’t interested, Cooper famously applied himself to the club scene and helped direct Souths to the semi-finals.

What role he would play come the NRC was the cause of much sideline discussion. Clarrity seemed to be provided when City coach, Mick Heenan, declared that he would not be picking Cooper nor the equally banished Karmichael Hunt in his squad.  Contractual obligations came to the fore, however, as Rugby Australia stipulations meant both had to play.

After a shaky couple of starts, including disappointing losses to the Force in Round 1, at home, and then a thrashing by the Drua in Fiji, soon enough QC began to click. In fairness there was plenty of that old QC magic against the Force, while the Fiji game was all one way traffic. 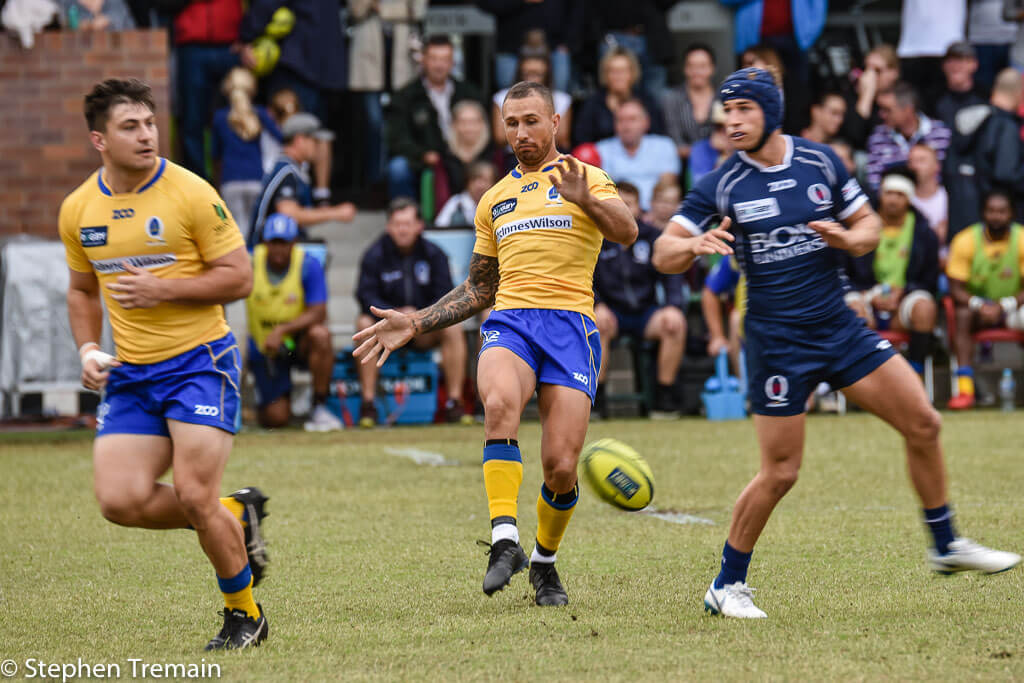 Quade Cooper finished ahead of Hamish Stewart in their game and in the polling.

After that though, momentum shifted.  Maybe it was the positional shifts around him (the more conservative Scott Gale complimenting him at 9; Karmichael Hunt back in his preferred fullback jersey, the abrasive Tautalatasi Tasi coming into outside centre). Perhaps even it was a softer couple of games against the Sydney Rays and Melbourne Rising.

Cooper was at the centre of it all. He was bringing out the best in the solid clubmen such as Matt Gordon and Con Foley, while guiding some of the state’s new talent, in Fraser McReight and Matt Gicquel.

And he was catching the eye of the punter too.  Here are some of the snippets from the GAGR match reviews this season:

GoMelbrebels  –“Quade Cooper proved why he should be back in Super Rugby (and possibly the Wallabies) with good game control and pretty good place-kicking for the many sideline conversions.”

Me: – “…down in Adelaide Quade Cooper was exceptional as he guided his relatively inexperienced City side to an excellent come from behind win over the Rising.  Quade was at his beguiling best as he probed the Melbourne defence and directed his team around the park. A special treat for hungry South Australian rugby fans.”

Nick Wasiliev -“Again, it was the most senior player who proved the difference on the field, and that was Quade Cooper. His excellent controlling of the troops and his flawless day with the boot proved to be the difference between the sides, a difference that keeps City’s season alive.”

Me  -“it was Quade Cooper’s game management that was the key today. Superb skills, for sure, but the cool head throughout was game making.”

For me the award once again highlights the value of this competition.  What would Quade have been doing this last couple of months if it wasn’t for the NRC?  Perhaps snuck an extra week or two of club rugby, assuming the calendar stretches.  But would that have been enough to convince the Rebels to sign him? I’d suggest not.

So let’s praise the NRC for the pathways it provides for the likes of Jake Gordan, Taniela Tupou, Reece Hodge, Brandon Paenga-Amosa to go from club footy to test rugby.  Let’s love it for giving us a glimpse at the talent of some brilliant younsters. The likes of Esei Ha’angana, Tom Kibble, Harry Wilson and Tom Ross.  But let’s support it for the opportunities it provides our more experienced players to show they still have the ability to match it with the next generation.

NB: Rugby Australia’s NRC Player of the Year award was determined through the votes cast, after every match, but the Green and Gold Rugby match reviewer of the day.  Votes werw accumulated throughout the NRC Preliminary Rounds. 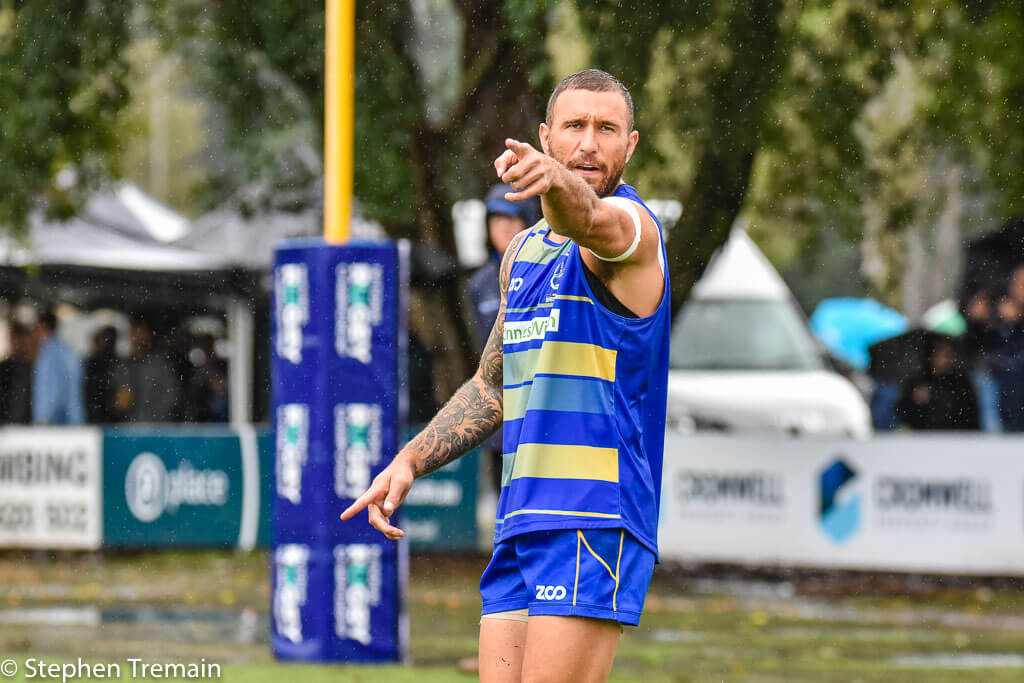 Previous Rugby Australia NRC Player of the Year winners were:

Congratulations to Quade Cooper for being awarded the @GAGR NRC Player of the Year, as voted by the @GAGR team. #NRC18 pic.twitter.com/Bw4sA5r4mj