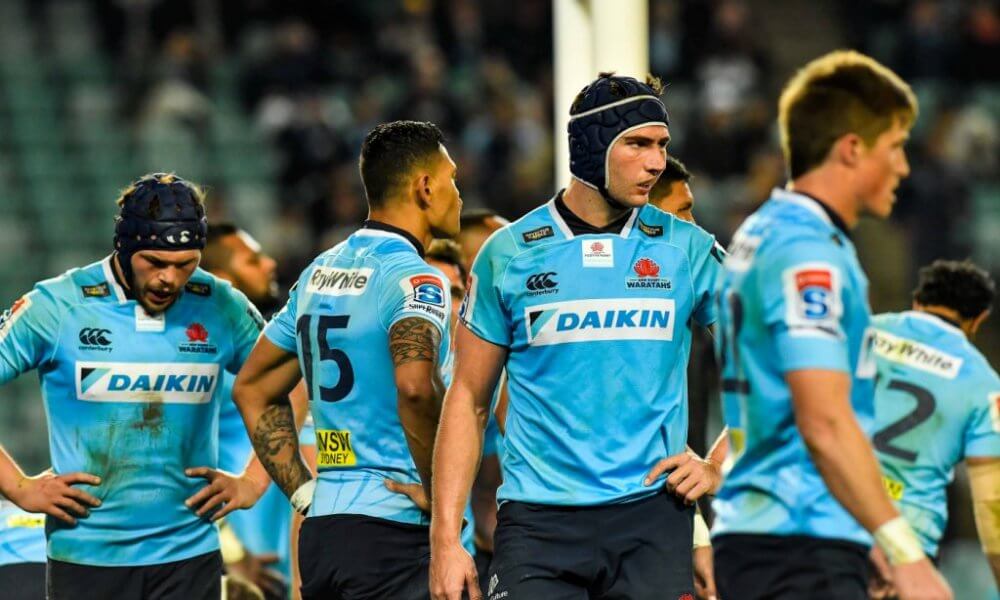 The Waratahs have been upset by a determined Sunwolves team, going down 31-29 in their first match in Newcastle. The Sunwolves were too good for a Waratah side that were wasteful with possession and disjointed in attack and defence. Semisi Masirewa was the star for the Sunwolves, crossing for a hat-trick that was complimented by the automatic boot of Hayden Parker, which ultimately proved to be the difference on the score line.

Below is the finishing statement from my piece on the Waratahs in Wednesday’s News, and it seemed to come to fruition, summing up the Waratahs performance on the night.

“This will be a true test of the side’s quality, arguably more than the Crusaders, due to the side’s past habit of failing to back up a big win, regularly playing below their ability and losing seemingly easy games to sides below them on the ladder.”

The Waratahs got off to the perfect start, crossing the try-line after 90 seconds when a well-worked lineout move put Michael Hooper into a wide open gap, who drew the fullback for Nick Phipps to cross to give the side an early 7-0 lead.

The Sunwolves would return serve in the 10th minute after Nick Phipps was caught incorrectly entering the ruck, allowing Hayden Parker to do what he does best, slotting the penalty to reduce the margin to 7-3.

Despite this, the Waratahs would dominate the first 15 minutes, continuing to pressure the Sunwolves line after Cam Clark broke them open from the kick off to put the Waratahs inside their 22.

Their pressure would be rewarded with multiple penalties and ultimately five points when the man who started the break, Cam Clark, crossed in the corner after a nice offload from Kurtley Beale to push to score out to 12-3.

The Sunwolves would reduce the margin to 3 points after Grant Hattingh took advantage of some poor defence from Kurtley Beale to barge over the line, with Parker converting the try.

Mack Mason nearly restored the Waratahs lead after charging down a clearing kick from Parker, however, he could not control the grubber kick ahead and the ball would just trickle over the dead ball line.

The Sunwolves would then take the lead in the 30th minute, taking advantage of some tired Waratahs defence, which allowed Semisi Masirewa to cross when Henrick Tui put Dan Pryor through a hole after a lovely offload.

The Waratahs would earn a penalty before half time after the Sunwolves were caught offside, and Mack Mason would make no mistake with the shot at goal from 40m out to leave the score at 17-15 to the Sunwolves at half time. 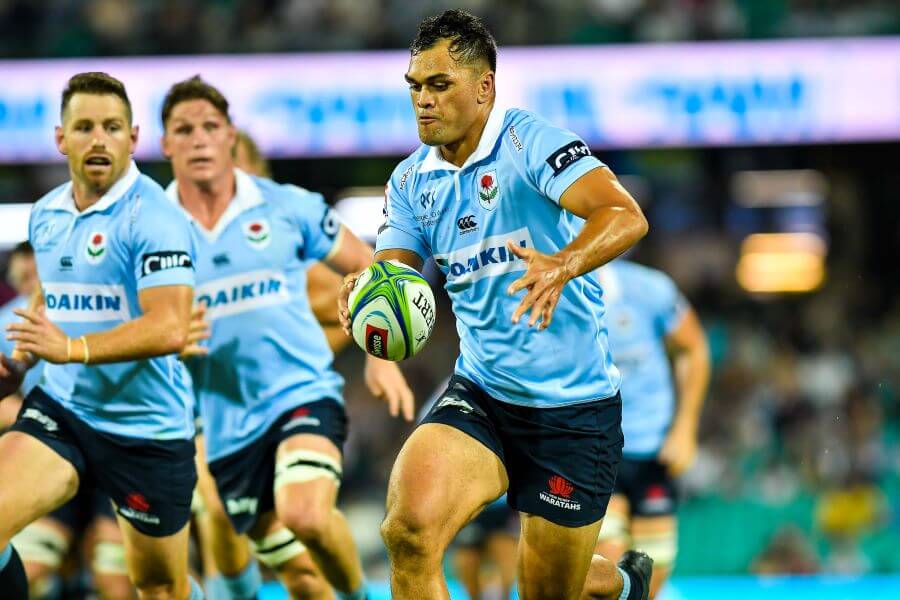 The start of the 2nd half would mimic the first, with Rob Simmons sparking the Waratahs attack with a picture perfect 25m cut out ball for Alex Newsome. They would then be rewarded when Michael Hooper muscled his way over the line after Cam Clark was just stopped before the try-line.

However, the Sunwolves would strike back, exposing some poor defence from the Waratah backline, particular from Clark and Beale, which allowed Masirewa to burst away for his second. Parker would continue his wizardry with the boot, slotting the conversion from the sideline to give the Sunwolves the lead 24-22.

The Waratahs would then gift the Sunwolves another try from the kickoff, after a poor pass by Mack Mason allowed Masirewa to swoop on the ball and complete his hat-trick, extending their lead to 31-22.

The game seemed to break down after this try, with the Waratahs continuing to kick the ball away, twice committing the cardinal rugby sins of kicking the ball out of the full and over the dead ball line within the space of 5 minutes.

The Waratahs would finally strike back in the 65th minute after Beale caught the Sunwolves napping on their goal-line, taking the quick tap from the penalty and breaking two tackles to score, with Beale converting his own try to bring the margin down to just two.

However, this would be the end of their comeback, as the Sunwolves would control the last 10 minutes of the contest on the back of some sloppy errors and soft penalties from the Waratahs would reward the Sunwolves with their second victory of the season and their first in Australia.

The period between the 48th and 53rd minute saw the Sunwolves score twice on the back on some poor play from the NSW backline, which ultimately turned out to be too much for the Waratahs to come back from in the end.

Has to go to Semisi Masirewa after his hat-trick, he looked dangerous with ball in hand and his pace to finish off his second and third tries was instrumental in the victory.

The majority of the Wallaby contingency failed to step up and secure a match that was there for the taking. Michael Hooper was the standout of the bunch, continuing to fight in attack and defence, accompanied by solid work from Rob Simmons and Kurtley Beale (at times).