Spring Tour – Wallaby Forwards – What do the stats tell us?

Spring Tour – Wallaby Forwards – What do the stats tell us?

There’s been a heap of discussion on all forums about the Wallaby Forward pack and especially performance at scrums. But what about other aspects of their game? The poster known as ForceFan on our Forum has done some excellent analysis of his self-compiled stats.

Recognising that it’s difficult to get reliable rugby stats, and frustrated by nothing being available on Ruck stats, and having some time on his hands, he decided to gather some ruck stats of his own.

So who was working hard for the Wallabies and actually making an impact in this important aspect of the game.

The following data was gathered from watching replays of each Test and compiling data for all Tests played. Ranking is from highest to lowest in each category. 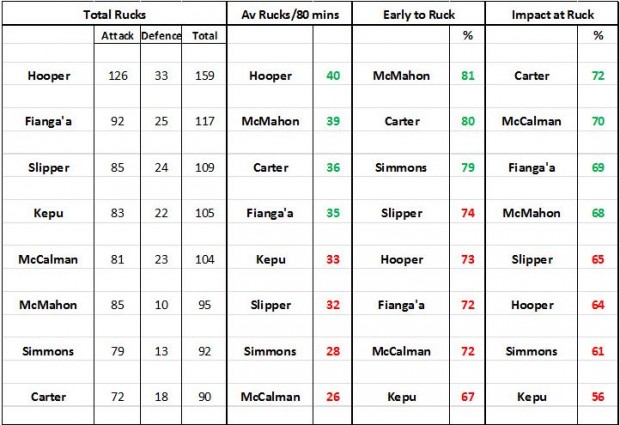 Some stats from ESPN Scrum.

How do these compare against Super XV 2014 performance for each player? 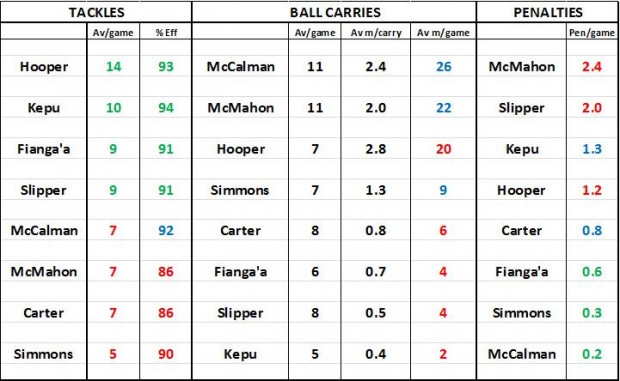 So what do you think, GAGRs? How do you interpret ForceFan’s stats?