First up an apology, I really should have written this days ago but I… Forgot! What can you do? Own up and say sorry.

Here is the form, for what it’s worth in round three. The Waratahs had an unconvincing win against the Stormers in Sydney last week Their scrum looked weak and generally they looked average except for the usual suspects. Rob Simmons did something stupid in a lineout. The Stormers managed to get a bye the second week of the comp but, in the first week, they played a very entertaining and fast-paced game against the Lions before losing 26-19. So basically they went alright, then had a week off to plan and get ready while the Waratahs played a game and travelled to South Africa. 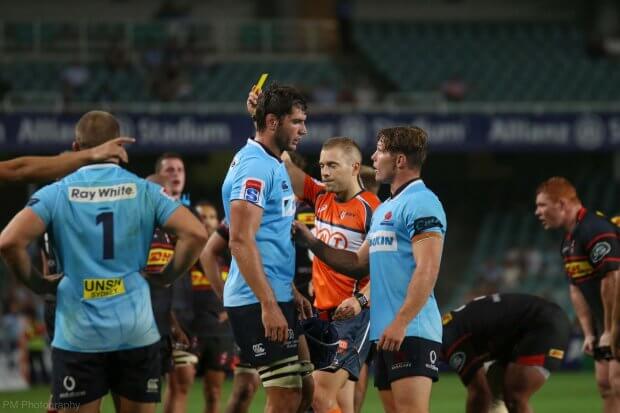 Rob Simmons gets his first yellow card for the Waratahs.

The Tahs have lost Simmons to a leg injury but many are blaming him for Tom Robinson’s problems in the scrum last week. I’m not one of them, It’s hard to transfer power through someone who is angling at nearly 45 degrees. In any case, I’m pretty certain moving Hanagan from blindside to the row isn’t going to fix things. The Sharks have bought the Beast into the front row and while he won’t pack directly against Robinson it won’t help the Waratahs at scrum time or around the park. I’m looking forward to watching the backrows go at each other. This should be one of the highlights of the match and the contrasting styles should make it eventful. 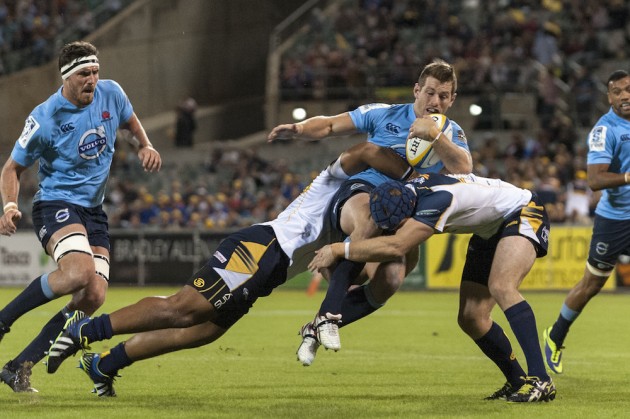 Foley may not be the most exciting fly-half going around but he gets the job done and doesn’t make a lot of mistakes. He’s not 192 centimetres tall and over 90 kilos. That’s Robert Du Preez. The bloke who can kick a mile and bash he way to the try line. To say it’s a contrast of styles would be an understatement but that’s one of the many reasons we watch. Du Preez along with a lot of other sharks was a little loose in their first game but they have had two weeks to get things right. Who knows what we will see.

Those guys standing around at the back. Mvovo v Folau 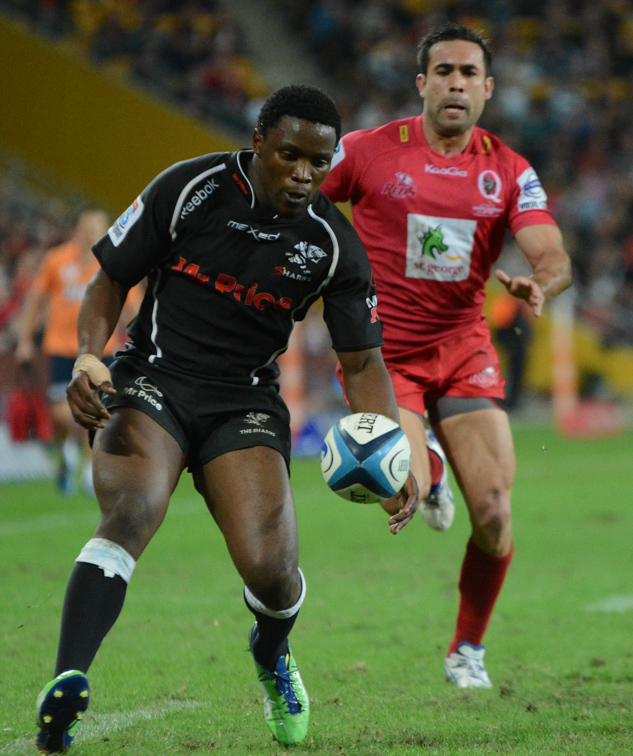 I like Mvovo, I like the way his name rolls off the commentator’s tongue. Especially South African commentators. Mmm-vovo. I like the way he plays too. Everything he does is at pace and… hard. I think that is the right word. We all know what Israel Folau can do. Actually WILL do. But we know what Mvovo brings too. I think this will be a great contest.

This will be tough for the Waratahs. I think they will lose the scrum battle, they may share honours in the lineout and have a couple of standout players in Hooper, Beale and Folau. But I think the power of the Sharks forwards, the travel and the Southeast Queensland like conditions will all factor against them. Sharks by 12.