Sharks give Force a nasty bite in Durban 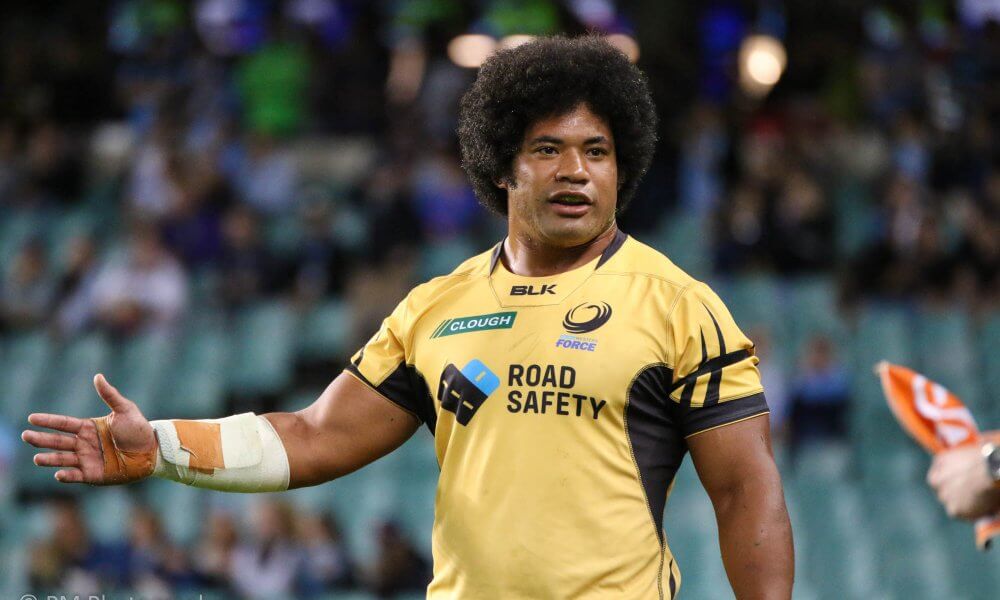 Sharks give Force a nasty bite in Durban

It wasn’t to be for the plucky Force this week, with the Sharks comprehensively outplaying them in a 37-12 loss at the Shark Tank in Durban, off the back of an outstanding performance from Curwin Bosch, one of the most promising players to come out of the Republic in recent years.

Compared to previous weeks of competitive performances by the men from the west, this week was a bit of a disappointment, to say the least. Unlike their previous two efforts, the Force’s small mistakes were extremely costly by the end of the game.

Curwin Bosch started off with two quick penalty kicks inside the first ten minutes to take a 6-0 lead, however after these lapses the Force switched on and began to make some inroads in attack and defence. The Sharks however, were holding up well, and the crowd settled in for a riveting armwrestle.

It would be the Force that would eventually break that armwrestle in the 26th minute. No denying it, that partnership between Jono Lance and Billy Meakes is really developing into something special for the Force, as they bamboozled the Sharks defence to put rookie winger James Verity-Amm into space. Verity-Amm had plenty of work to do, but produced one of the most sparkling individual efforts of the game, showing incredible speed to grab the first try. Lance converted and the Force were ahead 6-7.

The try sparked a return to the armwrestle nature of the first half, but the Sharks were starting to test the Force more and more. The Force were holding firm, but a lapse in concentration once again proved costly. In the 37th minute, Curtis Rona was yellow carded for repeated offside infringements, and the Sharks pounced. Jeremy Ward produced another great effort, backing up a superb performance against the Jaguares last week with a great try and the Sharks grabbed the lead back. But they weren’t done yet. A brilliant back line move saw Jean-Luc du Preez go in on halftime, and Bosch converted to give the Sharks a handy lead. For the Force, it was these two minutes of a lapse in concentration that cost them the match.

The Sharks started in the same fashion as the first half, bamboozling the Force defence. However, in spite of that, no score came until the Force were penalised yet again for offside, and Bosch took the three points of offer to push the Sharks out to a sixteen point lead. In the 56th minute, a loose Force pass yet again proved costly, and the Sharks danced with the white chalk that resulted in a brilliant try to Bosch. He then converted his own try to give the Sharks a 30-7 lead. It was truly looking ugly for the Force. Once again, small mistakes were costing them.

The Force were able to grab a consolation try in the 69th minute to fullback Marcel Brache to get the Force into double figures, but the Sharks put the icing on the cake in the 72nd minute when Lukhanyo Am intercepted a Heath Tessman pass and ran away for the final try of the game. Pat Lambie was back on the field, and nailed the conversion to the give the Sharks a 25 point lead. That was how it stayed until the final whistle.

If there was any indication that the Sharks are back in good form, then this is it. They were the better team on the day and deserved the win. Their backline was truly outstanding today, and that came off the back of Curwin Bosch. This guy is only bloody 19! The Sharks may be about to lose him for duty to the South Africa U20s squad,  but fortunately they may have some bloke called Pat Lambie who is looking like he’s about to get back into form again. I envy you lucky buggers.

They travel to Port Elizabeth next week to face a resurgent Kings outfit, which looks to be a great encounter that made decide both teams seasons.

It was far from their best performance this year. But even the commentators admitted that the Force played well for quite a lot of this game. In truth, they were undone by small lapses in concentration. A loose pass here, a clumsy offside penalty there. They all built up and cost them the match. It’s a tough game, rugby is.

That being said, there were still plenty of positives to take out of that game. Billy Meakes and Jono Lance are looking like such a good back line pairing for the Force, and they provided some great moments, both in attack and defence. There is a real future here with those two, and for all the experimenting that Dave Wessels has been doing, I think one thing is clear: Lance has to be in the run-on side.

Also, add in that Adam Coleman had a okay game too, and will be back next week, and that gives us a bit more optimism that the men from the west can improve when they take on a seriously under-performing Jaguares side in Buenos Aires. But, if they want to catch the Brumbies in the Australian conference, they can’t afford small mistakes like that again.

Curtis Rona’s yellow card near the end of the first half led to two quick tries for the Sharks. It would be a deficit that the Force wouldn’t recover from.

Ruan Botha was outstanding for the Sharks, but for me, it would have to go to Curwin Bosch. He is such a solid find for the Sharks. It’s not a matter of if he pulls on a Springbok jersey, but when.

Both Jono Lance and Billy Meakes were excellent in both attack and defence, and really gave the Force backline some edge. It would be ludicrous not to include them in Wallaby contention, because Wessels is really getting good rugby out of both of them at the moment.