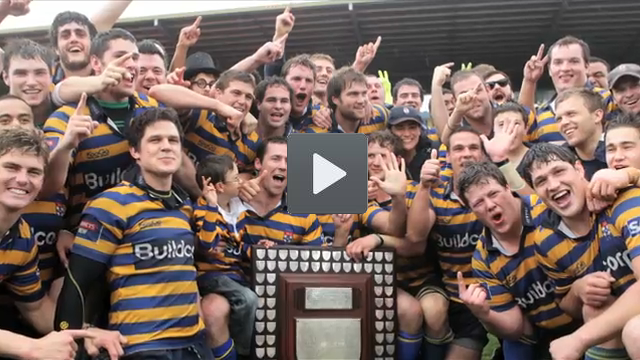 They might have gone down in the hunt for a record-breaking seventh Shute Shield title, but Sydney University’s rugby club has still been pretty damn successful over the last few years.

Six premierships and a record number of elite players, all from a club that was in danger of being kicked out of NSW Premier Rugby in the mid-1990s after years of bad results. Their success is based on the creation and development of their Elite Development Squad (EDS)  in 2004 by current head coach, Todd Louden.

Players in the EDS train for eleven months a year, with a real focus on heavy weights and speed training. It’s all part of a philosophy of rugby as the ultimate collision sport, which Bruce Ross has written about here. Combined with a strong off-field culture, this approach has produced results that speak for themselves.

G&GR tracked down Phil Waugh, Tom Carter and the other men responsible for Uni’s success to find out more.