Review: Rebels Run Out Of Luck At The Highlands 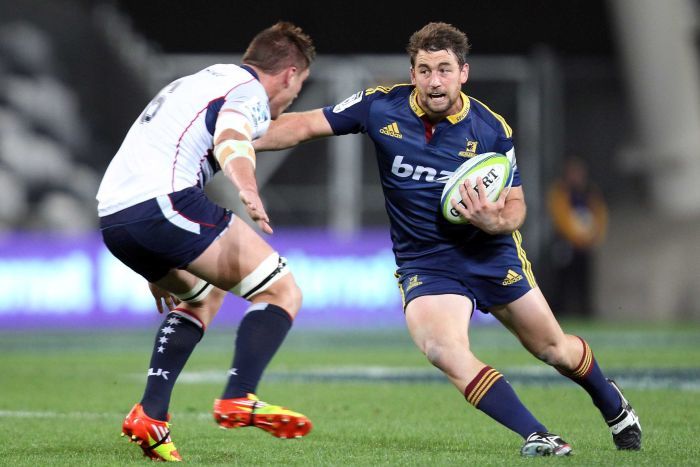 Review: Rebels Run Out Of Luck At The Highlands

The Highlanders edged the luckless Melbourne Rebels 33-30, in a game of attrition at Forsyth-Barr Stadium on Friday

The visitors had come off a massive upset against the Brumbies, and, despite a growing injury list, were confident that their first international Super Rugby win was around the corner. The hosts sat mid-table in the New Zealand conference and were returning to what had been a happy hunting ground for them, under the glass at Dunedin.

It was an inauspicious start for the Rebels, with flyhalf Bryce Hegarty assisted from the field after two minutes, landing awkwardly on his head after fielding a high ball.

The Rebels recovered, running the ball through eleven phases before Nic Stirzaker found a gap and sent Scott Fuglistaller bustling through to register the first try of the match. Jason Woodward added the extras for a 7-0 lead after as many minutes.

Shota Horie conceded a penalty for hands in the ruck, and Lima Sopoaga took the opportunity to peg the score back, nailing the penalty to make the score 7-3 after 11 minutes.

The Highlanders began to pressure the Rebels’ run, and cracks began to appear, a wide run that sent Aaron Smith over denied due to a forward pass from Ben Smith. Errors slipped in to the Rebels game as the heat from the hosts continued, and a poor pass and worse recovery from replacement flyhalf Angus Roberts ceded possession and a try to Shane Christie. Converted, the Highlanders led 10-7 after 17.

Jason Woodward would convert an opportunity to level the scores in the next play, when Ben Smith was caught with the ball in the tackle. The remedy would be temporary, though, with the Highlanders regaining possession and giving the ball to Aaron Smith, who broke through three defenders at close range to touch down in the middle. Lima Sopoaga converted and the Highlanders led 17-10 after 22.

The forward play was getting scrappy quickly, with both teams getting pinged at breakdowns and scrums. Though presented plenty of opportunities, both teams would add just one penalty goal apiece before oranges, the half ending 20-13 in favour of the hosts.

The second half kicked off, and in a carbon copy of the first half, the Rebels were down a half-back, with Angus Roberts leaving the field before the restart for a concussion test. He came on minutes later, and was appropriately knocked into form, Scott Higginbotham making a huge break and sending the ball wide to Roberts, who completed a stunning long-range try. Jason Woodward converted and tied the score 20-20 after 45.

Lima Sopoaga hit back soon after to give the Highlanders back the lead, and as the Rebels defence continued to stretch, the home side gained in confidence, running the ball with intent. Sopoaga played provider to Ben Smith, who cut a swathe through what remained of the Rebel defence out wide to score a try. Lima Sopoaga converted again to extend the lead to ten, 30-20 after 55.

The Rebels reduced the margin to a converted try when Jason Woodward converted a penalty conceded by Shaun Treeby. Their discipline at the breakdown looked to have cost them, however, when Lima Sopoaga was gifted two simple shots at goal in succession from penalties. He missed the first, but made no such mistake with the second, extending the margin back to 10 with 15 minutes left.

The visitors looked down and out, but as we learnt last season, a comeback against the Highlanders is never out of the question. The Rebels pushed and pushed, and when Tamati Ellison pushed a lineout ball off to Jason Woodward, who went over in the corner to give the Rebels hope. He converted his own try to make the score 33-30, but the Rebels couldn’t make the most of the restart, conceding possession and giving the Highlanders a chance to add a bonus point to their victory. Two penalties later, the hosts decided they had done enough, kicking the ball into touch and taking the three-point win.

Lima Sopoaga continued his great form for the Highlanders, a surefire boot joined by his turning provider for Ben Smith’s try in the second half.

Jason Woodward is the shining light at a tough time for the Rebels. He has scored 47 points in two games of rugby, and is showing why he is deserving of the gold jersey speculation that surrounds him of late.

Jason Woodward. I’m going to keep putting him in here until we get him a passport and a gold jersey.