The Reds  beat the Waratahs in the first game of the new Super Rugby Under 20 competition on Saturday.

Later that day the Western Force Under 20s met the Melbourne Rebels in a Super Rugby curtain-raiser at nib Stadium.

Green and Gold Rugby reporter “Delphy”was there, sweltering in the heat. 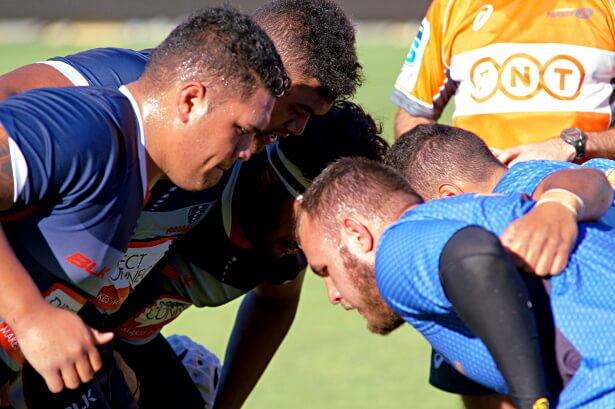 In the Big Bash League the Perth Scorchers play their home games at “the Furnace”. After Saturday afternoon the Western Force U20’s may be looking to adopt that moniker for nib stadium. The temperature reached 37.5 (in the shade), cooling only slightly before 4:20pm kick off.

The Force 20’s started crisply, earning an early penalty, which was uncharacteristically duffed by Taylor (9), before sustained pressure on the Rebels line led to a well-taken try by Ferris (6). Taylor’s clinically taken conversion showed he was back on song with the kicking boot. 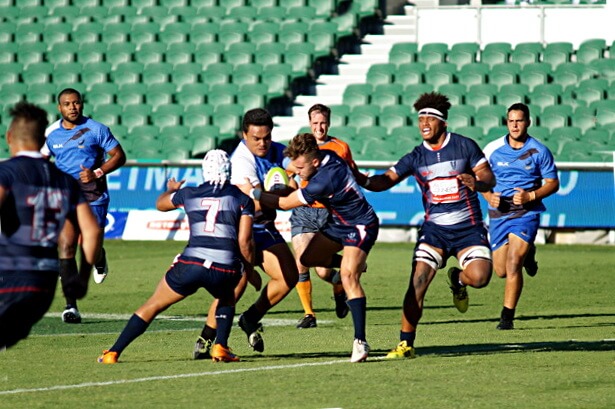 If the Rebels were daunted by the home team’s early showing, they certainly didn’t show it, responding quickly with two tries by Clarken (14) and one by Livadaras (10) to give them a healthy 19-7 lead. The loss of dynamic fullback Uyen to a head knock and lock (and lineout captain) Offer to heat stroke compounded the Force’s worries.

However, just as the game seemed to be slipping away, the Rebels lost Savea (12) to a red card and Ferris took the opportunity to breach the visitor’s line for his second try of the afternoon. The momentum seemed to be shifting rapidly in favour of the home team.

The visitors needed to dig deep, and responded on cue, with a penalty right on half-time extending their advantage to 22-14. 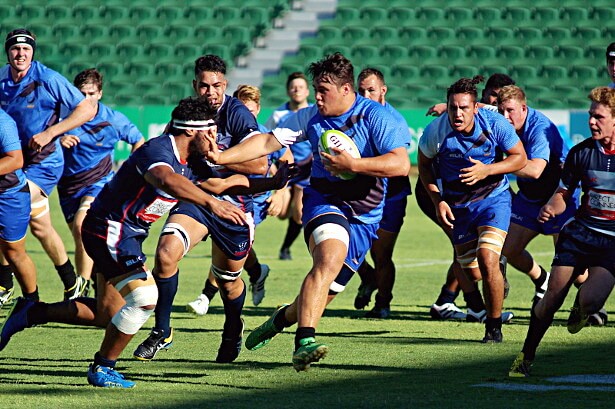 Victorian player attacking the hand of Blake Phillips with his face

Even so, just eight points down and with a one-man advantage in brutal heat, the Force would have fancied their chances in the second half. Patient rugby, building multiple phases would surely see the 14-man Rebels melt in the oppressive conditions.

Unfortunately for the home team, the Rebels were determined to play 20-man rugby with 14 players, working the ball into their attacking 22 before Sauni scored to take the visitor’s advantage to 27-14.

With a penalty extending the lead to 30-14, the home team had a mountain to overcome.

That mountain got significantly steeper when Ferris had to retire because of a knee injury. Having exhausted their bench options, the Force had to play the final period of the game with 14 players which put them on level terms on paper, but having to use their 14 anywhere.

Curiously, this appeared to rejuvenate their attack, with tries to Vui (replacement prop) and Classen (reserve scrumhalf) rewarding a sparkling finish by the home team. 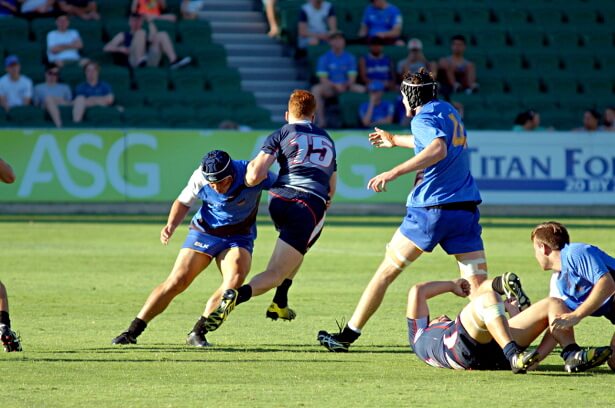 This was a good win in trying circumstances for the young Rebels. They showed great endeavour to get to the contests, scrambled like crazy to realign on defence (particularly when down to 14 men) and took their chances. They will be looking forward to the week off.

The Force showed periods of real promise but failed to exploit their numerical advantage. The clinical first ten minutes, and the quick, accurate play of the last five, sandwiched an unappetising filling. There was an extended period in which promising field position was surrendered through poor ball handling, narrow attacking focus and regular infringements (particularly at the offside line).

The Force coaches will be pleased that the team showed great fight at the death, but will be looking for far greater consistency next week against an imposing Reds 20’s at Suncorp.