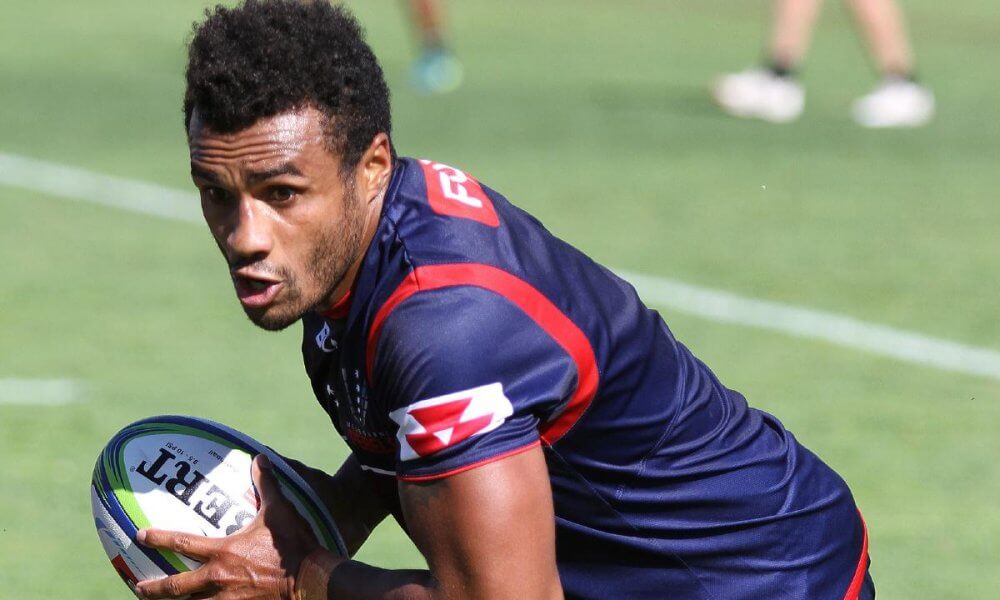 The Rebels began their Super Rugby campaign in style, thrashing the Queensland Reds 45 – 19.

Both teams had a point to prove.  The Rebels, after a horrible 2017 season, had to win back the love and respect of its fans.  The Reds, under the new leadership of Brad Thorn, were desperate to turn around a run of lacklustre performances over the past few years.

However tonight, it would be the Rebels fans who would go home smiling after a dominant display.

As often in the first match of the season,  there was little rust on a show, with a lot more dropped ball, and moves not quote executing correctly.  The big difference was Will Genia, who inspired the Rebels backline, and gained precious territory with the boot.  His 56 minutes were a pure display of class.

Heavily influenced by early cards, the Rebels slowly found the right gear, taking the lead after 30 minutes of play, and never looking back.

The Match was defined by two cards; a Reds captain Scott Higginbotham, and a Yellow to Lakhan Tui. Despite holding the lead for brief periods, the Reds stood little chance against a Rebels side hungry for victory.

The improvement in Melbourne are dramatic; the locks and flankers provided a solid base for Will Genia to run the game, the backs combined for quick ball movement, the scrum was solid, and the lineout delivered constantly.  The Rebels first match last season ended by conceding seven tries, this one by scoring the same, so far for a turnaround.

The Reds have to re-think at their gameplan: Jono Lance and James Tuttle were not in sync, and they couldn’t fully utilise Kerevi’s power not Paia’aua’s speed. Even though they were a man down in the backline, with Nabuli spending large amounts of time with forwards, conceding seven tries was a poor display by any standard.

The Reds had the first opportunity to score with a halfway penalty from Jono Lance. The former Western Force had the length but not the precision to slot the kick.

At the 8th minute, the game took a dramatic turn, with a red card for Reds captain Scott Higginbotham. The former Rebels number 8 hit Matt Philip with his shoulder straight on the head in a maul and sent him off for an early shower. Hodge missed the penalty and the score didn’t change.

Despite playing a man down the Reds enjoyed a good passage of play.  They backed their 7 man scrum, instead of going for the easy three point, and put the pressure back on the Rebels defence.  Handling errors cost them some momentum, but the try wasn’t far away.

The visitors try came just a couple minutes later, with Duncan Paia’aua gained control of a ball spilt by Kerevi and run untouched under the Rebels’ posts.  The replay showed the ball going backwards and the try was awarded. Lance added the conversion for the Reds 7-0 lead.

Soon after Lukhan Tui committed a tip tackle on Will Genia, planting his head into the turf.   On this occasion, Pickerill this time opting for a yellow card, and the Reds were down to 13 men.  On replay, the tip tackle looked a lot worse than the Higginbotham shoulder charge, so Tui can consider himself very lucky.

With a two man advantage, the Rebels soon found the try line.  Super Sefa Naivalu was on the end of a very flat pass fromLopeti Timpani which was, at best, very flat.  Debreczeni slotted the easy conversion for the 7 all.

It took only a couple of minutes for the Reds to regain the lead; they found the Rebels’ defence asleep at the 28th minute with a too easy central pass from Feaaui-Sautia to Kerevi .
Lance again slotted the very easy 2-pointer, giving the Reds the 14 – 7 lead.

The Rebels hit back a few minutes later with their own try. After another Reds penalty, Genia saw the Reds right wing completely exposed, tapped quickly a penalty and gave Tom English a sweet pill to deposit over the chalk.

With the Reds still 2 men down, the Rebels scored their third try, the second from Super Sefa Naivalu, again on their attacking left side. This time Debreczeni missed the conversion.

The Rebels’ good run didn’t end there. The fourth Rebels try of the match was scored with Dane Haylett-Petty, unsurprisingly on the left wing.  Debreczeni didn’t miss again and the Rebels’ carried a 12 points lead to the halftime oranges.

A superb move between Mafi and Genia opened the second half, the two combining in front of the Reds’ posts exposed the visitors’ defence and Jack Debreczeni scored, once again on the left wing. The flyhalf converted his own try, moving the scores to 33 – 14.

Adding further insult, an intercept try from Haylett-Petty the 46th minute put the game out of reach for the undermanned Reds.

The floodgates opened and Jack Debreczeni was able to score his second of the game, the seventh try for the Rebels, almost the same number of tries scored by the Rebels the first half of the past season.

Feaaui-Sautia scored for the visitors after a plethora of spilt ball and missed passes with 10 minutes to go.

The clock wound down with no change to the score.  A long time between victories, the players were satisfied with their effort, and the crowd jubilant.

The Rebels had a dominant display from the 30th minute onwards half thanks to better execution and a more effective bench.  Conceding seven tries is never a good sign, and the Reds were left with too many questions to answer.

Scott Higginbotham red card defined the match. The captains’ shoulder charge to the head of Philip left the visitors’ one man down for 70 minutes.

Will Genia was the inspiration for the Rebels, his 56 minutes on the field were a display of precision both with the hands and with the boot, never missed a bit.

Matt Philip impressed in the second row as well as Gus Cottrell in the third, two players that can develop to be a solid player for the Wallabies.