Rebels dominate the Tahs in Sydney 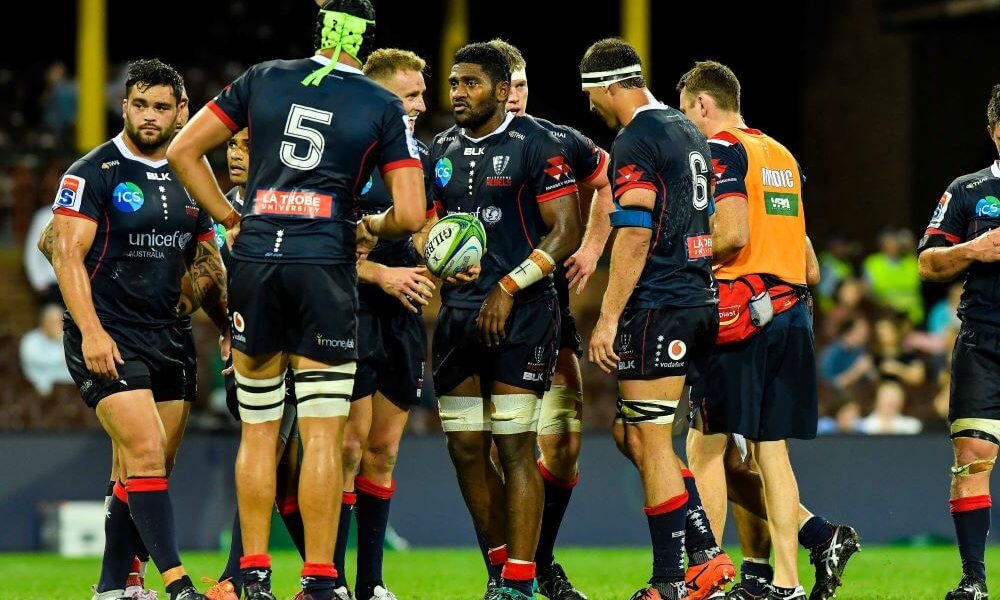 Rebels dominate the Tahs in Sydney

The men from Melbourne continued the Covid-19 caused road trip with a visit to the SCG to take on a spluttering Waratahs team who they hadn’t beaten in 4 years away from home.

The Waratah faithful had high hopes for an outfit who narrowly lost to the Brumbies last round.  Sadly, that Waratahs didn’t turn up tonight.  On the back of a dominant Forward pack, the Rebels scored two converted trys and 19 points off the boot of Matt To’omua.

The first half was a seesaw affair with both sides scoring a try apiece. The Rebels took an early advantage at half time thanks to some poor Waratah discipline. The Rebels were showing their attacking game plan, repeatedly probing down the blindside which almost resulted in a quick try.  Early discipline issues were gratefully converted by To’omua, giving the Rebels an early lead.

Despite making headway in the narrow channels, a well-read intercept by Alex Newsome swung the momentum back to the NSW giving them a slender lead 7 – 6.  The half settled into an end to end contest, with both teams showing good intent, but lacking in execution. No doubt the coaches would be pulling their hair out in frustration.  The continual breakdown indiscretions by the Waratahs resulted in Michael Hooper being sent to the bin, giving the Rebels the perfect opportunity to pile on the pressure.

The Rebels celebrate an important try to Ryan Louwrens.

After repeated phases in the Waratahs Red Zone, the Rebels finally converting with Ryan Louwens crashing through his opposite number to get the visitor’s first try.  Matt To’omua capped an assured half easily slotting the conversation as the Rebels hit the sheds 19-10.

The one thing that stayed the same was the foul play leading to a stop-start affair. The Rebels were far more composed and confident,  executing multiple 7+ phase raids on the Waratah try line. The Waratahs scrambling defence managed to keep the enemy at bay, much to the frustration of Melbourne’s fans.

Marika Koroibete was busy all over the field trying to impose himself on the game, but neither team could convert control into points.

After repeated warnings, the Waratahs earned themselves another yellow card.  This time it was Jed Holloway, who had only been on the field for 45 seconds, who saw cheese from Angus Gardiner.

In the last 10 minutes of play, the Rebels were guilty of wasting possession with too many kicks.  It almost cost them a try, Will Harrison finding a gap through tiring Rebels players. Somehow, the Rebels managed to hang on and win back possession.

Nearing full-time, the Rebels pushed deep into the Waratahs 22, setting up good field position for one last attack.  From the back of a ruck, Koroibete found space and danced through the flagging Waratahs backline, barging through defenders to crash over for a deserved try. A fitting end to his 50th game as a Rebel.

Matt To’mua had a controlled match, some probing runs and guiding his team around the park.  But the game-changer was really the Waratahs poor discipline, they conceded 16 penalties in all, often infringing and relieving the pressure.

The young Rebel Wallabies; Uelese and Hosea both had outstanding matches.  Marika Koroibete was a constant nuisance but the prize goes to Matt To’omua for his steady hand on the tiller.

Michael Hooper was his combative self but got pinged too often, as mentioned To’omua and Koroibete had stellar games but the future of Wallabies forward stocks look promising with a number of young Rebels putting their hands up as future stars.