Rebels beat the Waratahs for their first win 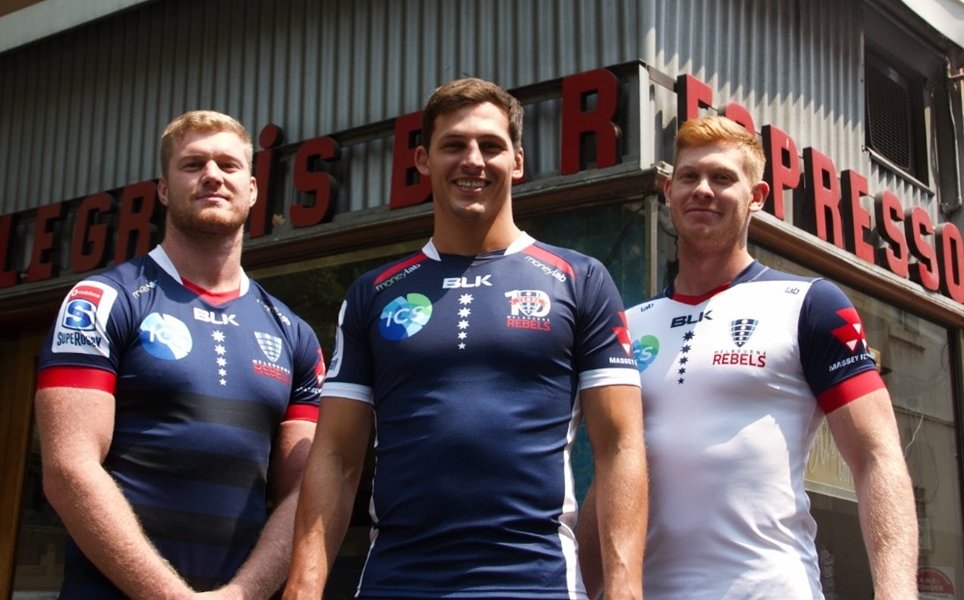 Rebels beat the Waratahs for their first win

With both the Rebels and the Waratahs coming off the back of two losses, both teams are desperate to record a win. The Tahs have won 15 of the 17 clashes, and the Rebels have been dealt a last-minute blow with Rugby Australia ruling they had named too many international players in the matchday 23, so Frank Lomani was dropped from the bench to bring in Theo Strang. Louwrens was already starting instead of Lomani.

The Waratahs appeared to be the Rebels bogey team, but even off the back of two poor matches from both teams and the poor win-rate, in this Australian derby most pundits were tipping the Rebels.

The rain had been off and on for several hours in the afternoon, enough to make the ball slippery, even without more rain. And more rain we got, but both teams in the first 20 were prepared to still move the ball around and didn’t engage in a defensive mindset. The first try of the night came in the pouring rain, Marike Koroibete crashing across the line for the Rebels first try. It was a lovely team try with Meakes across advantage line and then the Waratahs were caught without defensive coverage.

The Rebels certainly made the most of quick ball and were prepared to put pressure inside the Waratahs 22, with a disallowed try, lovely crossfield kicks and scrums that put pressure on the Tahs. In the first half, the Waratahs really didn’t look like scoring.

The slippery ball saw errors from both sides, but there was an exciting passage of play in the shadow of half time with the Rebels taking advantage of lost Waratah possession. Isi Naisarani was everywhere as the Rebels put pressure on the Tahs inside the 5m line and Meakes crossed the line for a try, disallowed because of obstruction. Tough and tight call.

The Rebels went to the sheds up 8-3 in the rain.

The Waratahs came out fighting after the break and built lovely phases inside the 5m line to have Tahs prop Harry Johnson-Holmes cross for the Tahs first try of the night, and his second Super try. Harrison converted to put the Tahs in front, 8-10.

The Waratahs clearly had a conversation in the sheds about their defensive efforts, because it was markedly improved in the second half – more players putting their body on the line and closing gaps and backing themselves.

The wet ball added to the drops, knock-ons and turnovers, a bizarre scenario of two intercepts inside 5m and lots of slips. It wasn’t quite Benny Hill, but the soundtrack might have made it a bit more exciting particularly for the middle 20 of the second half.

The last 10 minutes though, that was a different story. The Rebels fought hard and scored a seriously impressive 17-phase try to Andrew Kellaway. He was the lucky recipients, but the forwards, especially Naisarani, and DHP all contributed to the try that sealed the match for the Rebels, and was celebrated at the time like the match-winner it was.

The Rebels were as pumped as you could imagine after that try, and there was nothing the Waratahs could do to hold them out again. Beale was tackled in-goal and the Rebels attacked again, with Kellaway crossing for his second try.

Both teams suffered a few knocks and injury scares and injuries, hopefully just due to the impact of the rain rather than issues with S & C. The bruising match and conditions may have contributed to the early bench/finisher changes, with the Tahs rotating half their scrum by the 50min mark. Their bench didn’t have any more answers, and the Rebels bench fired as they needed to.

The Waratahs were pretty comprehensively outplayed in this match and a 0-3 start to the season from them isn’t great for Australian rugby. They have a bye next week and then are off to South Africa. It doesn’t get easier for them. The Rebels travel to Ballarat next week for a regional match against the Sharks.

This was a crucial, and well-deserved, win to the Rebels. Rah!

As a new resident in Melbourne (and an ex-Queensland resident), it is quite comforting to support the Rebels, because there’s a lot of familiar faces in the Rebels squad.  It’s like the Redels.

Maybe I missed something – with Murphy calling penalties, he called them to blue. Who was blue? 30 minutes in, I am still not sure.

It would be remiss of me, for my first review of the year, not to stir our NSW readers by asking how we can still justify Michael Hooper’s exorbitant salary. He is no longer NSW captain, there is no guarantee he will be Wallabies captain (more likely to be a co-captain) and mother-of-all-things, we know Rugby is in a less-than-excellent financial position. And yes, I know we want to keep great players, but at what cost? At what cost of three, or four, emerging players? At what cost of collective responsibility to ensure the game continues in [healthy] state?

Can we please, pretty please, address the coaching situation in Australia for the Super Rugby franchises? Yes, we can debate for days the tradie or the tools, but I would love to see proper pathway development for coaches because you can’t tell me that with the tools these two teams have, particularly the Waratahs, this is the best the tools can do. At some point I want to know the tradie understands how to use them like a master tradie not an apprentice. I think I have exhausted this little metaphor, but you get what I mean.

The game-changer for both teams probably happened last week – both teams losing made this a must-win and the Rebels were better prepared to fight and keep the foot on the throat in the last 20 minutes.

It is tough to split Matt Toomua and Ryan Louwrens here, but at a pinch I would say Toomua, but happy to have others argue against. Louwrens should have secured a starting spot though tonight.

With no Wallaby 12 locked, there is a gap to be filled there, and Billy Meakes has the opportunity to challenge in this space. Depending, of course, on whether we persist with the ch-ch-changes to the backline we saw during the Cheika era, or name someone and stick with them.