Rays all out of water against QLD Country 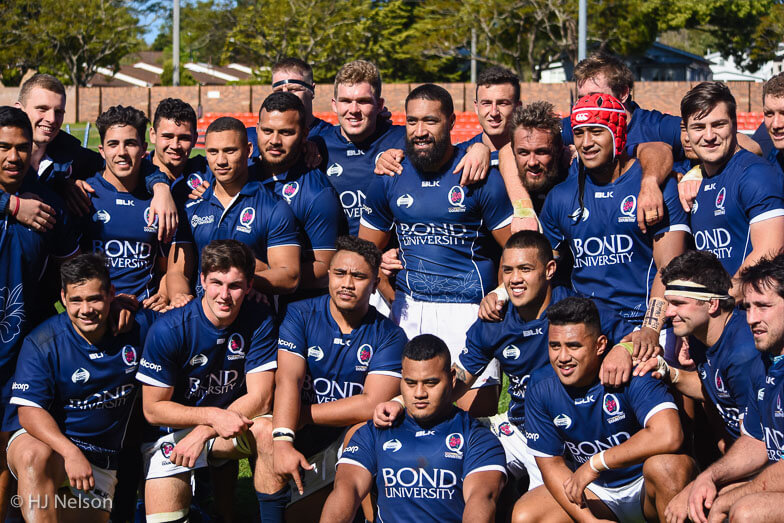 Rays all out of water against QLD Country

Both teams come into this game with two games played for a 1/1 record. They hold the two lowest positions on the table for points scored against and positions seven and eight for points scored with only NSW Country below them. This was shaping up to be a brutal dour affair.

For the first 20 minutes, all the running seemed to be with the Rays. (Bearing in mind I missed the first eight minutes due to technical issues.) Repeated kicking in behind the QLD Country line was catching the outside backs out of position. After one such kick, some sustained pressure from the Rays eventually resulted in a try to Paula Belekana, which was duly converted by Rohan Saifoli.

A short time later QLD country were penalized for a ruck infringement and Saifoli took the score to 10 – nil in favour of the Rays.

Shortly thereafter Hegarty left the field following a rather sickening collision with a QLD Country knee and this seemed to turn the flow of the game in favour of the Queenslanders. When the Country pack applied some significant pressure at scrum time, the Rays knocked on and Duncan Paia’aua gathered the ball and gave it to Bobby Tuttle for a runaway try after he caught out Belekana with his acceleration.

From the subsequent kick off, Filipo Daugunu gathered the ball for Country and ran. And ran. And ran a bit more to score his first try for the afternoon. Following Tuttle’s conversion Country were in the lead for the first time.

This was followed by 15 minutes of poor handling from both sides with knock-ons and turnovers crueling chances on both sides. After some patient work, the Rays scored through Damien Fitzpatrick and Saifoloi converted the try. The shine was taken off the try though with Conor Vest having to immediately leave the field with a knee problem.

After a wayward kick from Sam Lane and a couple of penalties to QLD Country Paia’aua was over for the first of his hat-trick of tries. Tuttle missed the conversion but QLD Country still went to oranges ahead 19 to 17.

The second half started as the first finished with the Rays knocking on. From the resulting scrum, QLD Country put the ball through the hands and Paia’aua was over for his second and Tuttle another conversion.

Again the game settled into a period where both sides were struggling to exert dominance on the play. Handling errors, pushed passes, wayward kicks and just plain dumb errors (looking at you Caleb Timu for reaching into the tunnel of a scrum) moved possession back and forwards between the sides. But with the wind at their back, QLD Country had the best of the kicking game.

Eventually, Timu redeemed himself with a break up field attracting multiple Rays defenders and a beautiful off load to put Paia’aua in a gap and send him racing down field. After a couple of pick and goes, Chris Feauai-Sautia sauntered through the Rays line to score Country’s 5th try which Tuttle duly converted.

A few minutes later the Rays hit back. After QLD Country were penalised for high tackle the Rays won the ball from the lineout and put together a series of one out runners before David Lolohea took matters into his own hands and dived over the line. Saifoloi kept his 100% record with the conversion.

From here on the QLD Country runners decided that the direct route was best and seemed to make metres without too much interference. Eventually, Hamish Stewart slipped through some defenders to dot the ball down. The wind was starting to really have an effect on the kickers by now and Tuttle missed the conversion.

Despite the full starting front row of QLD Country being replaced by the 68th minute there did not appear to be any negative effect on the scrum performance. Both of the last two Country tries were scored when Daugunu and Paia’aua were on the receiving end of the second pass from the base of the scrum.

We all hate to see injury effect a game, but that was exactly what the departure of Bryce Hegarty did. Rays seemed to lose their way a bit and QLD Country took advantage.

Last year after the battle of the Country teams I wrote – “Has to be Duncan Paia’Aua. He scored two tries, had a hand in at least one of the others, made some very good breaks and fronted up in defence. All round a very good game.” Well, he scored one more try and was involved in three of the others. Not sure I can change my mind. From a Ray’s perspective, Hugh Sinclair put in a big day at the office without getting many rewards.

There were a lot of players in this game that already have a Super Rugby cap or two under their belt. Some even have some Wallaby caps. Anyone know the eligibility of Rohan Sailofoi? He was very accurate off the tee in what looked to be difficult conditions. Hamish Stewart showed the class that has been recognized by the Reds and Sam Lane had a good solid game for the Rays so maybe flyhalf stocks aren’t that bad after all.

And there were no cards………. Wow. That’s a change for an NRC game.