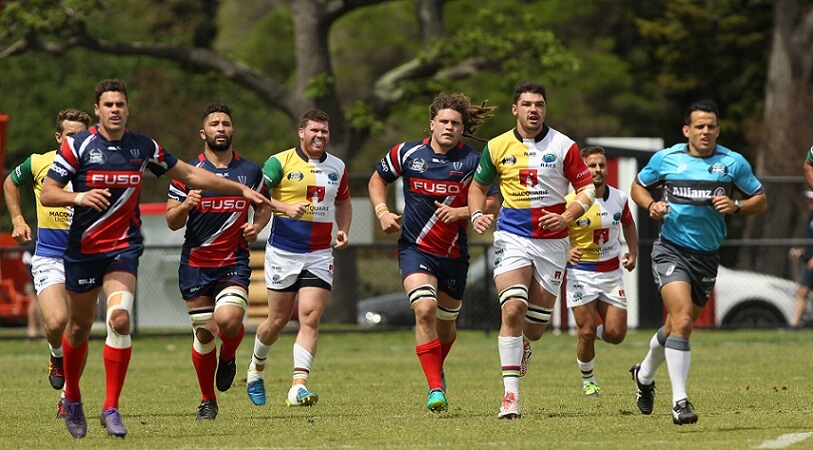 The Sydney Rays took full advantage of a first half gale and walked away from Frankston oval with a vital win to secure a home final next weekend.

Rising hosted their final game of the NRC at Frankston Oval, in Melbourne’s south east, for the second year in a row.  Conditions were tricky, due to the high winds.  I have been to many rugby games but never seen anything quite so windy.  When you can see the birds flying backwards you know it’s going to be a tough day for Rugby.

Both teams struggled with the gusty conditions especially in the second half when the wind had picked up and made it nearly unplayable.  They Rays played to the conditions, and had a healthy half-time lead.  Despite the wind advantage, The Rising were unable to capitalise, and fell just short. 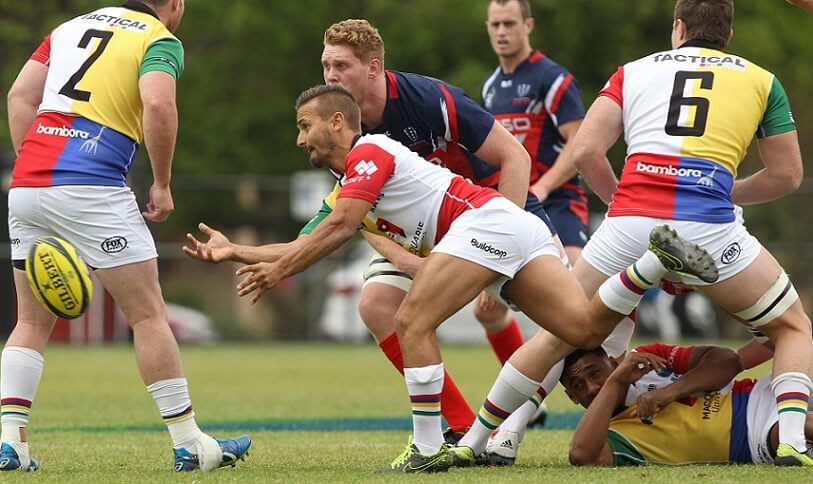 Dewet Roos clears the ruck for the Rays v the Rising

It did not take the Rays long to strike scoring two tries in the first 5 minutes with Jack Dempsey and Con Foley crossing for away side and an early 14-point lead. The Rising soon responded with Jonah Placid and then Steve Cummins crossing the line for his first NRC try. Lloyd Johansson starting in the 10 jersey for the first time this season had no problem with the conversions and the Rising were in the lead 16-14 half way through the first half.

The Rays wasted no time finding some space out wide leading to Dewett Roos scoring under the post. The Rays were not finished yet when Harry Jones capitalized on an attempted grubber by Placid and ran in under the post.

On the stroke of half time the rays scored again through Irae Simone and took a handy 22 point lead into the break.

In the second half, the wind picked up, the marquees come down and made conditions even more difficult for both sides.  The Rising scored first through Tyrell Lomax and reduced the gap to 14 points.

The conditions made it hard to execute anything, hence they standard of play was incredibly sloppy.  Even though the Rising dominated territory and possession, they made crucial errors in scoring positions.

While the Rising managed to keep the Rays scoreless in the second half they just could not find a way to break their defence.  After 76 minutes of play, the Rising finally broke through with Tom English finishing off a nice run from Sione Tuipulotu, reducing the lead to 6 points.

They Rays managed to hold on to their lead, the score remaining at 38 – 32 to the Rays.

This losing bonus point secured the Rising another finals appearance.  They finished in fourth position. 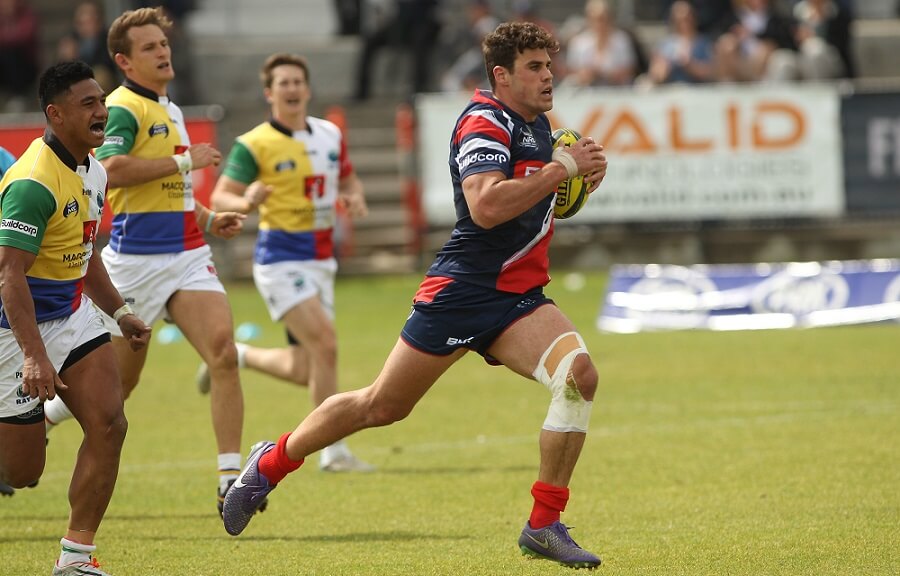 Tom English streaks away fora try late in the game

Irae Simone try on the stroke of half time, was enough to put the game out of reach for Melbourne in tough conditions.

Harry Jones was the standout for me, put in a lot of work and took his chances when he got the ball

Ikopote Tupai has been impressive in his few appearances in the Rising back row. Also the Rays front row completely dominating at scrum time was impressive and surely one of them will be in the side.