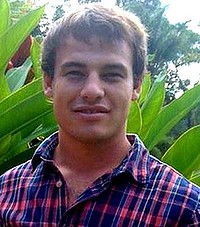 In the Queensland Premier Rugby match on the weekend between University and GPS, Uni hooker Halley Appleby was involved in a serious accident and unfortunately has lost his fight for life.

I was given this note by Catriona, a Sports Trainer and Medic with the Uni team. I think it sums it up well:

Uni vs GPS games are always hard-fought, tough encounters played in the sprit that rugby is intended. Like so many of the Premier teams throughout Brisbane players on both sides went to school together, played club football together, and know the same people. In short, they’re mates.

Heather and I have been involved with Uni for more than ten years each as sports trainers on a volunteer basis. In that time, we both feel that the greatest reward we have received is getting to know these fantastic people & their families, and being a part of the in-jokes and camaraderie that we’ve only ever found around rugby. The boys become like family, like a hundred little brothers you laugh with, laugh at, and care for.

On Saturday one of our boys went into what we’d all consider a good hit. In a one in a billion freak event this time he didn’t get up. It was our worst nightmare, and it was happening to one of our cheeky little brothers. In true rugby family fashion, anyone in the crowd who thought they might be able to help came down and offered to help.

We’ve been asked over and over again if we’re ok, if we need anything, how we’re feeling, what happened. How do you answer those questions? There are no words to express our grief. The outpouring of support to Halley’s family and club mates is overwhelming. It’s also much appreciated, and will be needed in the coming days, weeks and months.

In all of this we also ask for the same level of support and compassion to be given to the GPS boys. The tackle was hard but fair as a Premier grade tackle should be. There were no extenuating circumstances, it was just one of those things. Every player has been both a recipient and a giver of that exact tackle hundreds or thousands of times. It was just one of those things.  There were 2 teams out there on the weekend, and everyone lost someone and something. This was a horrible tragic accident and I can’t even begin to imagine how they are feeling. Halley was doing what he loved against boys he had known for years. He played the game as hard as they did.

It is important to note that — in an indication of Halley’s character — he has donated his organs and he will live on improving five other people’s lives.

On behalf of Green and Gold Rugby we would like to express our deepest sympathies to Halley’s family and the players from both clubs, as well as others in the wider rugby community affected by this tragedy.

EDIT: We have just been given the funeral details.

If you can get along to show support to the family and both teams, I am sure it would be appreciated.