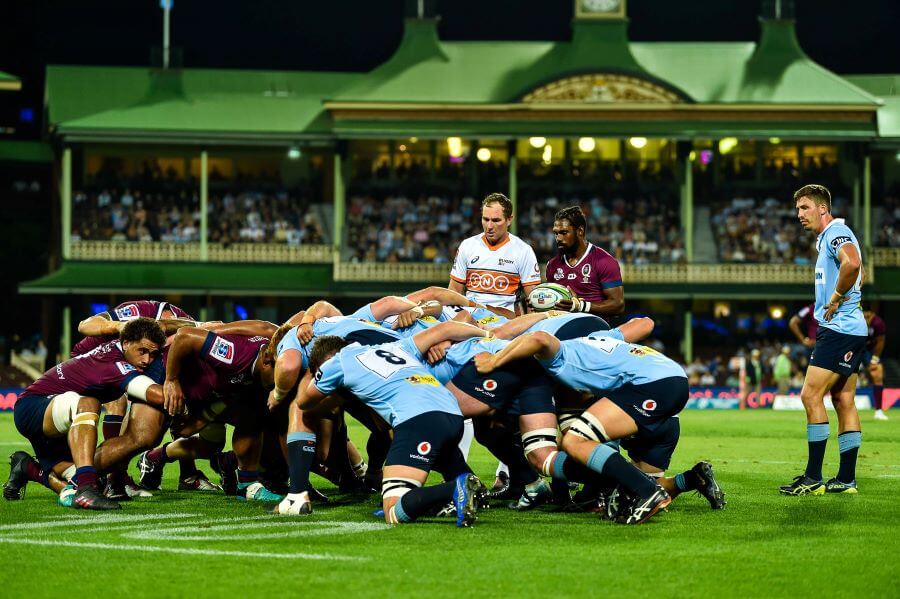 Each and every week, it seems the Reds are facing a make or break game for their season, at least if you believe the media pundits. And to some extent, you must, otherwise you wouldn’t be reading this. At some point the stories are actually true, and the game means more than a simple W in the column.

Excuse the hyperbole, but this is that time- a win is vital on a few levels here. A win keeps the Reds in touch with the Brumbies and the Rebels, and keeps the dream of an unlikely finals appearance alive. On the other level, a win against the Waratahs will be another marker in the overall rebuild of the Reds under Brad Thorn. On the final level, everyone loves to beat NSW, no matter the sport, no matter the time.

If you had asked most people at the start of the season how the table would look after 11 games, most of them would likely not have had the Reds ahead of the Waratahs, and only the fact that the Waratahs have three more bonus points means they are as close as they are on the ladder.

The Reds have continued their up and down season by losing to the Rebels last week in Melbourne, which while not an awful showing, did expose some of the issues with the Reds season overall. The attack has been too reliant on Samu Kerevi to create the mayhem that causes gaps to open up around him. Bryce Hegarty has been solid, but not exceptional and probably needs a touch more attacking spark to cement a long term spot or really contest for Wallaby consideration.

On the other hand, the star studded NSW team has for the most part failed to deliver. It is true that they are scoring 23 odd points per game on average but with only four wins you would expect better. They seem unable to close out games and with players like Beale, Hooper, Foley et al on board that is the most puzzling aspect of their game. After two tight losses in South Africa, the Waratahs are riding a three game losing streak and have one only one of their last six, so momentum, such as it is, lies with the Reds.

Working against the Reds is the woeful record of late against NSW. The last time they won was in 2013 and to be frank, most of those games have not been close. 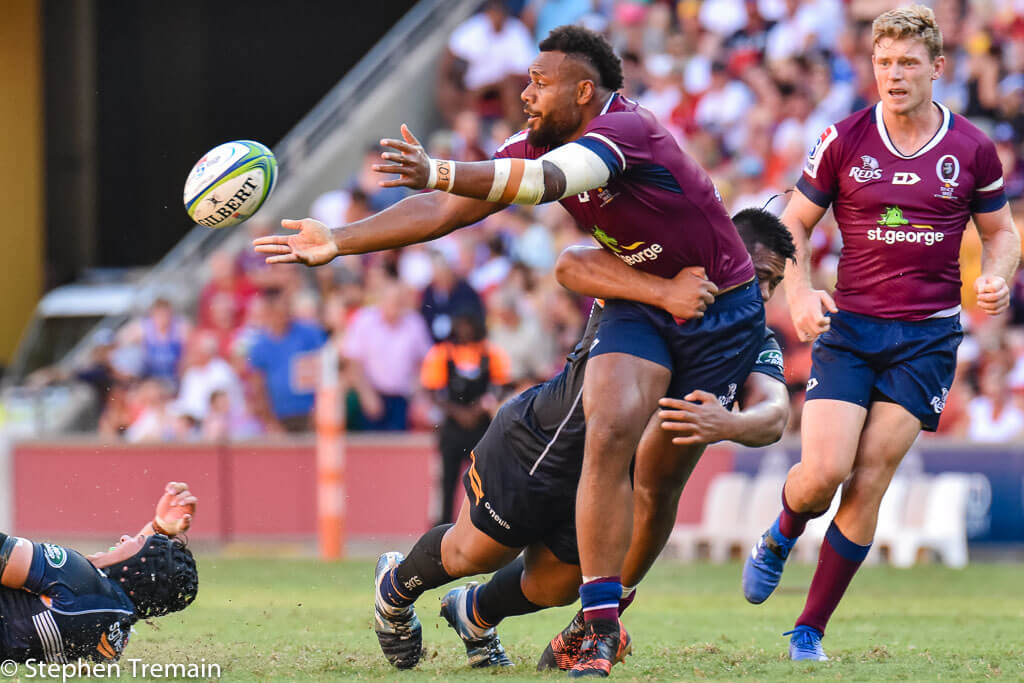 Samu Kerevi is up near the top of numerous statistical catergories

This season we have seen something we have rarely seen from the Reds of recent years- a relatively settled lineup. This week sees two changes to the starting lineup- one of those forced by injury. Hamish Stewart drops out of the team altogether after taking a knock last week. He is replaced by Matt McGahan, making his debut for the Reds at 15. This is not his first rodeo however, after playing for the Blues in 2015-16 followed by a stint in Japan. It is likely that he would have been in the 23 earlier in the season but for his own injury at the end of his Japanese stint. McGahan has played himself back into shape in Premier Rugby in Brisbane for Norths, having had a great game last week scoring two tries.

The other change is in the pack where Lukhan Salakaia-Loto moves to blindside flanker, pushing Angus Scott-Young to 8 and Scott Higginbotham to the bench. Bench wise, Seb Wileman remains in contention for a debut, after riding the pine at his last opportunity.

It is clear from the team picked that the Waratahs are at the very least, concerned about this game. Injuries (and stand downs) aside, this is as close to full strength as they can get. Beale continues at fullback, which I am more and more convinced is his natural position. Through the team there is close to 74,000 games of experience, with the likes of senior discount-eligible Adam Ashley-Cooper, Hooper, Rob Simmons, Sekope Kepu and others.

It is hard to see how with the talent and experience they have assembled that the Waratahs find themselves below the Reds on the ladder. What happened with Folau will not have helped things but to be fair, they were average at best before that anyway.

That said, like Qld in the league, the Waratahs always seem to find another gear during this fixture, and there is no reason to assume they will not do the same again this week. 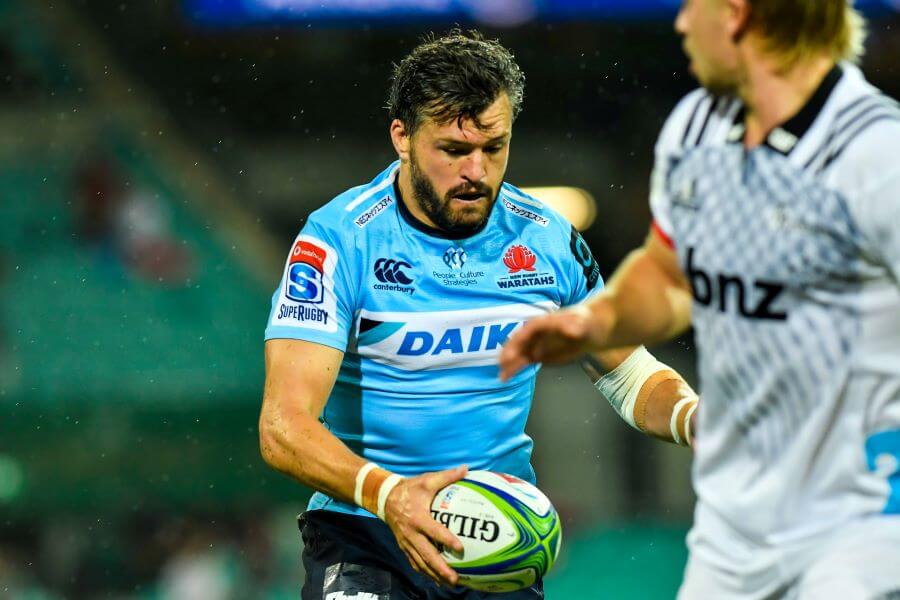 The 10’s- Bernard Foley is the incumbent 10 for the Wallabies but across the season, isn’t setting the world alight. Solid, but you get the sense that teams have him pretty much worked out by now. Bryce Hegarty has been solid and absolutely an improvement over the merry-go-round of the last few years. With teams increasingly working out that the Reds will struggle in attack if you contain Samu Kerevi, more pressure will be placed on Hegarty to either create himself or create confusion in the Waratahs defence to unlock Kerevi and those outside.

The Crowd- The crowd at the last Reds homegame was woeful, less than 9,000 turned up to watch the Sunwolves game. Hopefully a bigger crowd will emerge for what is a big game competition wise and history wise. The up and down nature hasn’t helped, and with the election and AFL on down the road, it doesn’t look too promising.

The Bench- One of the real shortcomings over the last few seasons for the Reds has been the lack of depth, which translates to a lack of impact late in the game. Other than the outside backs, which have been decimated with injury, this is not the case this year. When you have the luxury of bringing Timu, Higginbotham, Paenga-Amosa and Paia’aua off the bench to provide not only impact but leadership then things look somewhat better. NSW have

Time to face facts Reds fan. We play terribly against the Waratahs and they usually destroy us. The crowd is not likely to be that big so we can’t count on them to lift us. Local promotion has been at the same level as every other home match, which is an absolute shame.

All that said, the theory is that the longer a losing streak, the closer they are to winning. With that in mind, that is the approach I am taking here.

If the Reds can focus their discipline properly and the defence works efficiently and with commitment, there is no reason why the duck cannot be broken.