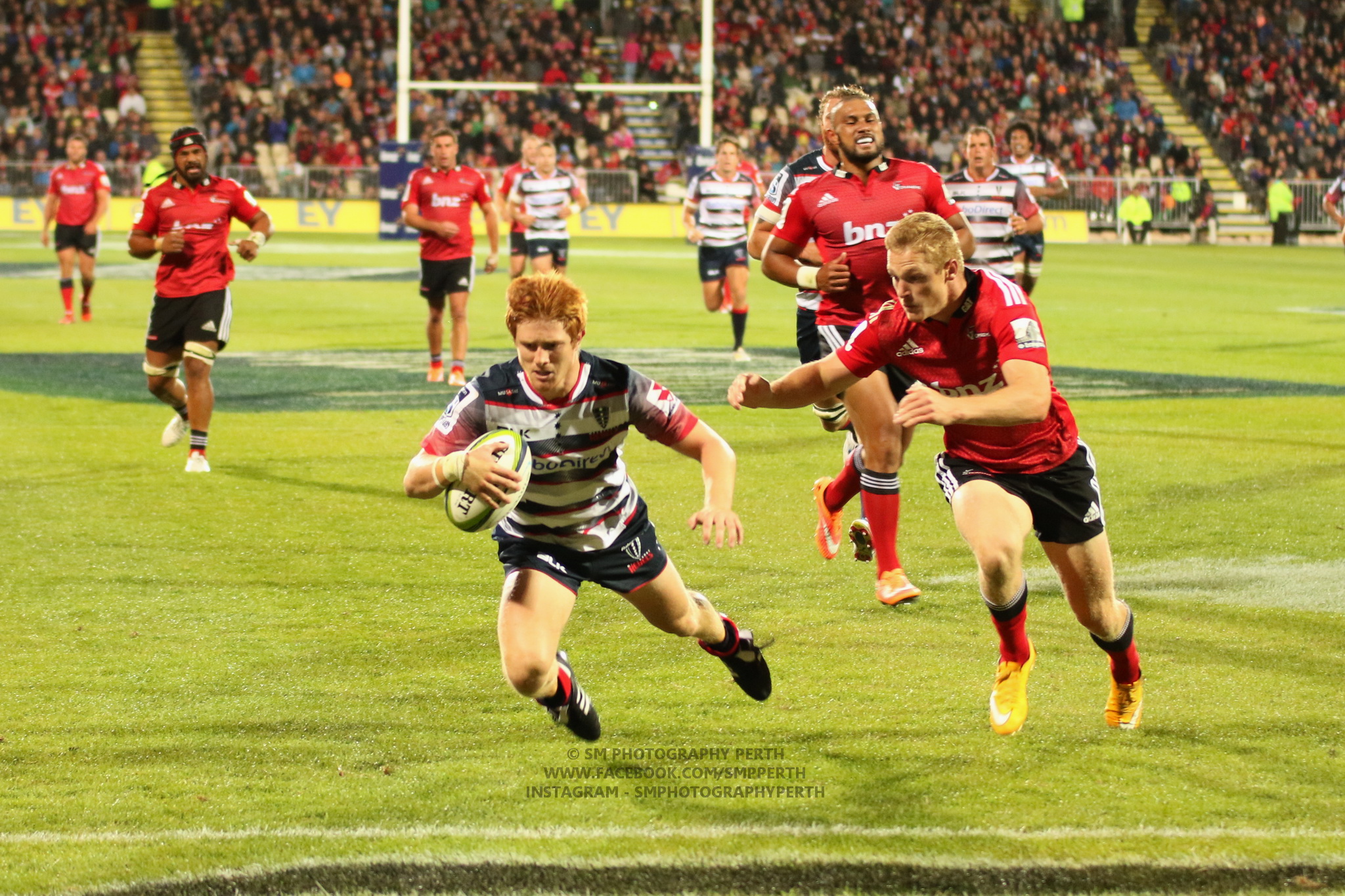 What does a team need most when they are desperately clinging on to a chance to make the finals for the first time?

If you answered, travel to Christchurch to play an angry Crusaders team, well frankly I think you would be wrong. That is though what the Melbourne Rebels have to face this Saturday evening.

The last three weeks have seen the Rebels bullied by the Bulls at home, scorch the Sunwolves in Tokyo, and wobble against the Waratahs in Melbourne. Last week’s loss to the Warratahs was particularly tough to take. The Rebels, aided and abetted by the referee and his assistants, basically handed the game to the Tahs by turning over a tonne of possession though aimless kicking and dropped ball.

Earlier in the season, the Rebels were outpacing teams by playing a high tempo, flat attack at the gain line. Their opponents have since worked out that a rush defense and heaping pressure on the playmakers causes the Rebels’ game plan to fall apart. The Rebels’ brain trust don’t appear to have found a way to get around this tactic.

The Rebels are second in the Australian conference and sixth overall with seven wins from 14 games.

The Crusaders have pretty much been in good form since they won the first of their nine Super titles in 1998. They are currently on a 27 game winning streak at home. In their past five games they have won twice, drawn twice and lost once, a suprise loss to the Chiefs last week in Suva. After getting out to a 20-0 lead, the Crusaders were run down by the Chiefs in a fast, high scoring game 27-40. Some people have been suggesting that they are going though an end of season form slump; compared to their earlier season form I suppose that argument could be made.

The Crusaders top both the overall ladder and the New Zealand conference by a clear margin. They currently sit on 53 points, nine clear of the Hurricanes, and cannot be overtaken even though this is their last regular season game – they have a bye in the final round.

The teams have played seven times with the Crusaders winning on five occasions.

The Crusaders have made two changes to last week’s starting side. Openside flanker Matt Todd returns after sitting out the last round and Bryn Hall will start at halfback. On the reserves bench they have added All Blacks Tim Perry and Luke Romano along with Brett Cameron, Ere Enari, and Ngane Punivai.

Dave Wessels has made seven changes to the Rebels lineup. Will Genia will have the week off while Jermaine Ainsley, Anaru Rangi, Luke Jones, Quade Cooper, and Marika Koroibete will all start from the bench. Coming in to the side for his first start in over a year is Jordan Uelese. Matt To’omua will make his first appearance for the Rebels at fly-half and Harrison Goddard will make a rare appearance as reserve halfback.

Expect the Crusaders to apply the blowtorch to the Rebels on defense and to turn pressure into points. They have named a very strong team and will want to end their season on a high with a big win. It isn’t beyond the realms of possibility for the Rebels to snatch an unlikely victory, they have managed it before, but for that to happen they will need to put in their best performance of the year and for the Crusaders to be off the boil. One area the Rebels may be able to exploit is at the set piece. Two areas in which the Rebels lead the Crusaders statistically are the lineout and the scrum, unfortunately the Crusaders are collectively top three in just about every other attacking metric.

One area of the game that will be of particular interest is how the Rebels will play with the new halves pairing of Michael Ruru and Matt To’omua. Will they try to play with the same flat attack as the Genia/Cooper combination or will they look more for options out the back?

Vice Captain, Ryan Crotty will play his 150th match for the Crusaders this week. They love him so much in Christchurch that the western stand is being temporarily renamed “The Ryan Crotty Stand” for the week. They have even invited students from his old school to attend.

Sevu Reece leads the competition in trys scored (10) and clean breaks (27). He is also top 10 in defenders beaten, metres carried, and offloads. He has the potential to carve up any oppossition and has already scored a hattrick once this season in a big win against the Bulls.

Richie Mo’unga has been masterful in guiding the Crusaders around the park from flyhalf. He may not get the chance to spit beer on anyone, or pinch any bums, but will still cause plenty of problems for the Rebels defense.

On the bench behind Will Genia for the whole season, Michael Ruru has only played a few minutes at the end of most games. His combination with incumbent Wallably flyhalf, Matt To’omua will go a long way towards determining the final margin in this game. This is not the ideal game to be testing a new halves pairing but both are experienced players and will be pressing their claims for more game time.

Jordan Uelese will make his long-awaited return to the starting side from injury this week. He will obviously be looking to make a big impression on Michael Chieka and the Wallaby selectors with a strong performance, there is no better team to do it against than the Cru’. His lineout throwing will need to be on point as he missed a couple of targets in his short time on the field against the Sunwolves. His ball carrying in tight and power in the scrum will be handy for the visitors.

Why bother? The two highest scoring teams in Super Rugby this year going head to head is why. Wait a minute, this is a full strength Crusaders team at home against an under-strength Rebels. Well perhaps you like watching great teams slaughtering mediocre sides, or maybe you like cheering for the plucky underdog? Either way, tune in to Fox Sports or Kayo.

I usually hate to tip against my own team but, I really can’t see this game ending in anything but a win to the home side. A gutsy bonus point loss would be seen as a good result by a lot of Rebels fans. I’m not confident that the game will be that close. I expect the Crusaders to win by at least 15 points.