What difference a few days make. A few days ago the Wallabies were coming off a ‘glorious’ defeat at the hands of the All Blacks and all was right with Aussie Rugby. South Africa had taken care of the Pumas with relative ease so obviously, almost All Black toppling, Australia would blow past the Argies with ease. But the world doesn’t work like that. Australia blew a decent lead and looked scrappy to draw against South Africa. And now Los Puma is the almost All Black toppling super team at least for half a game.

So who do we have to watch and what are the key matchups? 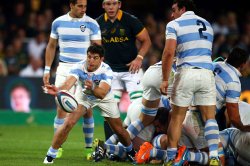 I love how these guys play. They’re fast, fit, clever footballers. According to a few ‘experts’ on this website, Genia has a bung knee and is past it, but looking at his games this year that’s far from true. Sure, the Springbok did their best to blunt his game by making a mess of the breakdown and his forward pack didn’t help one bit by failing to show up at rucks until after the party was over but he still looked the genuine Genia to me. Cubelli has moved to the bench this week and Landajo has rotated into the starting spot. but does it make any difference to the Pumas? Not really they’re both amazing players. If they were Australian they’d be perfect. These guys will go hard at each other for the entire time they’re on the field. That’s worth turning on the Tele by itself.

battle of the breakdown: The Backrows 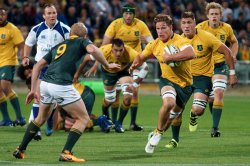 For reasons, only the Australian coaching staff can understand our backrow consists of three 7.5’s or Notters as Lee Grant calls them. I, and to be fair, everyone else don’t think it works. But obviously, we’re all wrong. And Argentina agrees with us. They do this thing where they try to pick backrowers who compliment eachother’ss skills instead of duplicating them. Hooper, McMahon and that other kid who tackles good but not much else will have their work cut out for them against Matera, Desio and Macome

On the toe: Battle of the Boot 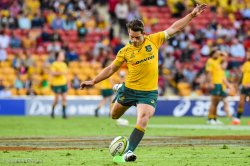 Only joking. Aussies can’t kick, But South Americans definitely can. If it comes down to a kicking contest we’re done for. Even with good kickers in the team Australia doesn’t even try to get them in positions to take kicks.

I’ve missed a few battles here haven’t I. What about the hookers? The front rows? The centres? The wingers? There are matchups all across the park! And I can’t show them all to you, can I? Well, I could, but not today. What I need you to do is find out for yourself. What’s the easiest way to find out? Just watch this game. It’ll be worth it.