One of only a handful of Wallabies not to have a question mark against their name after a solid display. His charge though the guts of NZ from his own 22 should fill him with confidence. He will be the first name on the team sheet next week.  6 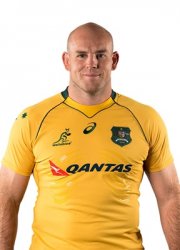 Hooked at half time after repeated ineffectualness and infringements. Has Moore started his last test match? His resistance to injury and our lack of depth at hooker says no. 3

Dropped an easy ball early on but was OK apart from that. It’s important to remember that Allan is still developing at this level and sharing minutes with Kepu will do him a world of good. 5

Brought an aggressive game to match Coleman before being subbed off at the 50 min mark. Looks to have found the right balance as he much more direct than he was in the June tests. 5

A performance we’ve come to expect from Coleman. Irreplaceable in the current team, Nobody’s only errors were when he was contesting kick offs like Lebron James in a jump ball.  6 – G&GR MOTM

Another decent effort from a player no one expects to fire, but should we? Is being a line-out option and a good defender all we demand from a starting flanker. He was unable to make a metre with his 3 runs. 4

Hooper had a very quiet game for his standards on both defence and attack, He also made poor choices on a number of occasions trying to win back or slow NZ ruck ball. Is the pressure of being both the energizer bunny and the captain getting to him?  5

After almost missing the entire super rugby season due to injury, not to mention signing for an overseas club next year, McMahon was picked to start against the All Blacks. He took a long time to even be noticed on the park apart from a missed tackle on Sonny Bill that resulted in a try. 4

Looked like he had lead boots on and barely got out of a jog the entire time he was on the pitch, a massive step in the wrong direction. 3

Perfect from the tee but constantly shoveling on errors to players outside him which lead to conceding points and massive momentum swings early in the first half. Protected his ratio of kicks to charge downs with a late effort that would have made Genia smile. 4

Cheika must have thought, “he used to play league, so obviously he can defend in the hardest channel against the world’s best team”. Did we learn nothing from Tahu? Oh well, he scored a try on debut. 4

Constantly asking questions of the defence with his electric acceleration. A few tackles missed and split passes away from an excellent game. 6 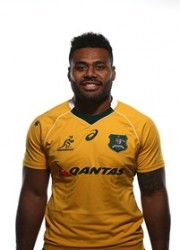 If Genia had lead in his boots then Kerevi’s were filled with depleted uranium. Just completely out of sorts on defence and was replaced at half time. 2

Another victim of a ridiculous defensive backline strategy that spectacularly failed in the first half. Speight had some beautiful involvements on attack but nothing more than a mixed bag when averaged across his two halfs.  5

Showed his attacking threat on multiple occasions and linked up with Beale and Kuridrani nicely in the second half. However, two big errors led to two tries – a poor offload (that was intercepted) and getting cornered marking man-to-man on the wing – cannot be overlooked.  5

Played the entire second half well and should be starting next week. 5

A few minutes at the end for Sio, didn’t do too much wrong. 5

Played well until a poor linking pass, that was thankfully taken out of bounds by NZ. 5 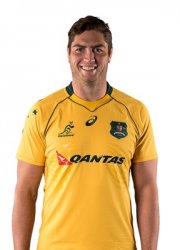 Spilt a shocking pass hot on attack with his first involvement, made some good metres apart from that error. 5

Fairly anonymous when all the finishers were making their mark on the game. 4 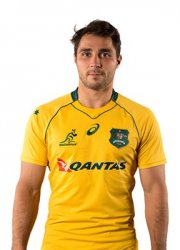 Came on and immediately put some respectability on the game with his up-tempo style, a few errors here and there were far outweighed by the positives he brought. 6

A couple of runs and some decent touch finders.5

Put his head down and showed the importance of getting over the advantage line and presenting fast ball. Ended up scoring a try himself, backing up a simple loop play with Folau. 6