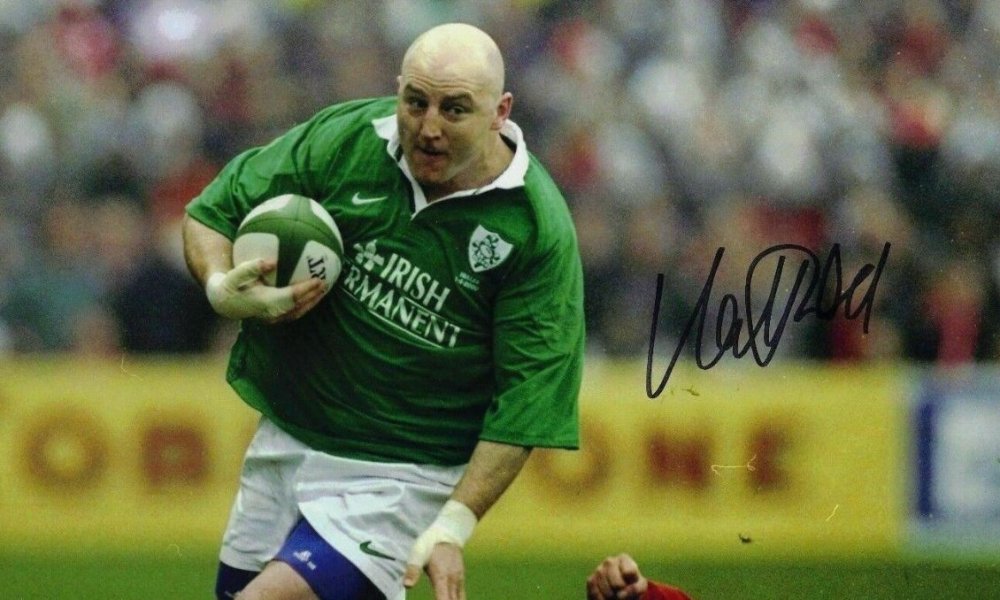 Last post, we rediscovered the resident pontificators of the whole show; Props. Now we split the difference and chat about the glue holding The Row together – the ubiquitous No2.

Hanging between the twin philosophers of 1 & 3 the bearer of the no2 – the Hooker – is the undisputed scary weirdo of the Front-row. While still possessively regarded as part of the “The Row” and gladly included in Props Night shenanigans, Hookers are unlike the more sophisticated and refined Props by being at their most-merry when up to their elbows in mud, guts and blood of anyone and everyone. Think Shearers’ singlets and flanno shirts as opposed to the Props in their cravats & waistcoats, or perhaps the more raucous Arthur Shelby to the more refined Tom Shelby.

In addition to their apparent core functionalities of kicking the ball backwards in scrums and throwing the ball forwards into lineouts, the denizens of the No2 generally spend their time muttering to themselves, dreaming up dastardly ways to murder their enemies (not always opponents) and occasionally demonstrating a strange penchant for liturgical dance at lineouts, in dingy bars while brawling over the karaoke mic at 2:37am on random Tuesday mornings and in the dressing sheds when they think no one is looking.

In keeping with the Props, physically, Hookers are generally a mixed mob. We’ve seen them big, and we’ve seen them small. Given the role requires little other than a high threshold for pain and complete disregard for any semblance of normalised levels of self-preservation, there isn’t really a classic physical shape or model. Hooking is a more philosophical state of mind. Accordingly, hooking is the default sanctuary for all manner of physically & emotionally impaired social deviants whom life has simply taught to harden dafuq-up from Tyrian Lannister to Watto the gambling Star Wars Junk Merchant through to Gollum in his all-consuming passionate pursuit of the Precious (a tighthead scrum). Are you facing an existential crisis and are unsure of your place in the team/society/universe? Then no2 is for you. However, a-typical physical attributes that have higher probabilities of appearing are shortness (in breath and limb), mouth-breathing, squinty-eyes, bad knees and an obvious case of undiagnosed ‘angry-man’ syndrome.

Spiritually they also tend to be closet S&M fans and so may often also be identified by both the leather-face mask in their kit-bag (believe me they will have one somewhere) and the oversized Bowie knife they perpetually keep in arms reach for cutting electrical tape and wielding altogether way-too-enthusiastically on team-mates to remove strapping tape post game.

If one ever finds themselves interacting with Hookers socially, it is important to remember that despite being baffling to everyone else, being the Chosen-Beholder of the No2 jersey is inexplicably dear to their hearts. Therefore, they are best regarded like Tasmanian Devils; appearing relatively small and harmless, but nonetheless be aware that 25% of their body-weight are in their teeth, and they are known to use them on both friend and foe alike, simultaneously. They are the one person most likely to eat their colleagues if lost, or even if simply feeling peckish. And they are known to stab apparent team-mates with whatever implement is at-hand if they try and steal the Hooker’s chips off his plate at the post-training Pub-Shnitty session.

Hookers also tend to be secret ‘apoco-prepper’ QAnon conspiracy theory types who have a deep (pathological?) longing for the freedom of a post-global-disaster kakotopia in-which to unleash their own special brand of justice and institute their own versions of a Spartan society. As such, they will frequently know entire scenes of Mad Max I & II by heart and often like to practise and even publicly demonstrate their survival skills. So if a Hooker offers to stitch a team-mates open head wound with a bent needle and some fishing wire, believe me they are serious. And they would have done it before, likely on themselves, and so can be expected to do a damn good & neat job.

Also, as 2021 closes, they may currently be even more unhinged than usual given they spent all their cash and maxxed their credit cards buying black-market shotgun ammo and making jam-tin bombs while salivating over the envisioned post-Covid dystopia they now look to have missed out on. And so their missus is also pissed off because now she can’t afford pressies for their small army of rat-bag children. Therefore, be wary of individual invitations to a Hooker’s “farm” or “bushwalk” as a black-market organ-harvesting may be a distinct possibility. As such it’s best to only socialise with them in public areas, with independent witnesses and in large groups.

Likewise, beware of Hookers’ wives. Hookers rarely seem to have long-term girlfriends. They will have a series of gob-smackingly gorgeous short-term girlfriends (“How did that animal get HER?”) then, one preseason show up, seemingly instantaneously married. And more so than any other subdivision, the wives of Hookers are to be feared. And there is real logic to that. For while said wives will generally appear happy, bubbly, mother-earth types who possess a universally fetching saucy smile and Siren-esque swing-of-the-hips about them, pray consider the depths of masochism, ruthlessness and sheer force of will required to cohabitate with a No2, let alone attempt to domesticate one, or even contemplate a voluntary breeding programme with one. These are special women who are best left to their self-evident … predilections.

The age-old argument between the rugby utility of the little-nimble v the big-basha Hooker has never been settled. In-fact, it has played out across millennia since hieroglyphs on pyramid walls. However, all authorities tend to agree that the good-uns generally lack a sunny disposition towards everyone (except their wives), they tend to be deviant drunks requiring strict rotating supervision on tour, and are most likely the one guy in every dressing shed to be secretly armed pre-game. In-fact it’s usually an unspoken part of the No3’s role to use an old-fashioned pre-game cuzzie-bro-cuddle approach to unobtrusively pat-down the Hooker to find and remove the spikes, knives and razors we all just know the deranged little monster is carrying somewhere on his person.

What is clear though is that if you need the team to lift a wee bit coming into finals, and you have a little/mobile Hooker, then make an out-loud comment in the pub about how you wish you had a big-basha Hooker (or visa versa) and watch the lunatic come out next weekend and play both roles simultaneously. Of anyone in a rugby team who will punch outside their weight class (and indeed will punch anyone and everyone regardless of their weight class), it is the No2. They are simultaneously both undeniably inspirational and entertaining to watch in a car-crash sort of manner.

If ever in-doubt, you can generally spot Hookers on the field via three distinct attributes:

Drink: Spirits. Whatever. Double. No mixer. Leave the bottle.