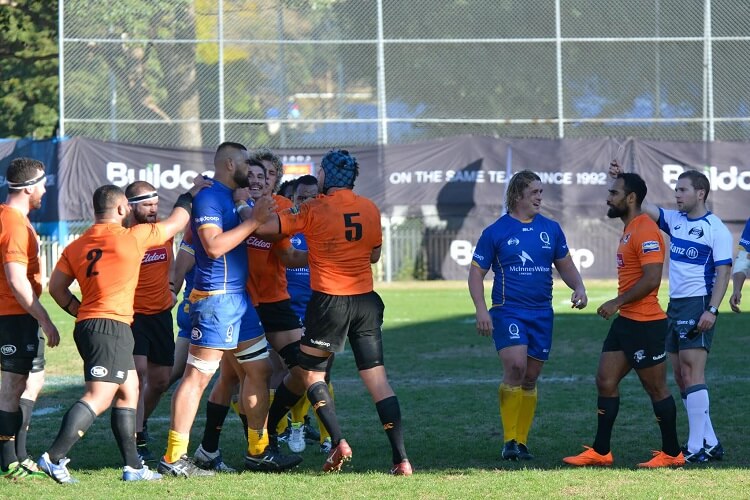 The “new birthplace of rugby” witnessed a tough battle between two of the sides that will expect to be involved in the finals. Sydney Uni Oval No.2 was bathed in sunshine and the near-perfect conditions had the crowd expecting attacking rugby and plenty of points as they slowly filtered through the turnstiles.

A relaxed Brisbane City were led out by ex-student Sam Talakai while the Eagles were skippered by Dave Horwitz. What followed was a bruising encounter with neither team able to control the flow of the game and neither side managing to make a breakthrough in a frantic first quarter.

The Eagles seemed to be coping better with the pace of the game and hooker Tolu Latu was making his presence felt with some big hits.  Both defenses were coming out on top but something had to give and it was the impressive Ned Hanigan that opened the scoring on the 26th minute, powering over from a lineout maul. Andrew Deegan added the extras and the Eagles were out to an 8-0 lead. 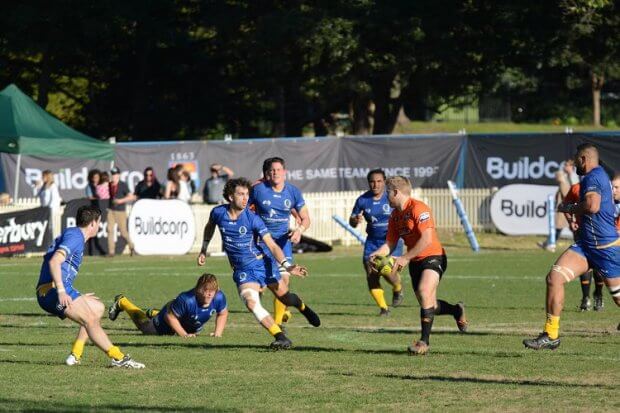 Almost immediately Brisbane City found themselves in more trouble, being reduced to 14 for the second time in the match after Tui was guilty of a careless shot.

The Eagles looked set to further their lead but they met a resolute City defense and it was the 14 men that scored the next points with young Jake Strachan going over after a great dummy and step. The fairly simple conversion was missed and we were all set for a narrow Country lead at halftime. Well nobody told Alex Newsome. The Eastern Suburbs winger intercepted a poor Brisbane pass and ran sixty meters to score after the bell. Deegan again converted and Country had a handy 16-6 lead at oranges.

It seemed like more of the same at the start of the second half with Andrew Kellaway making a nice break that resulted in Ned Hanigan being brought down just short of the line. It looked like a missed opportunity with a try a certainty if Hanigan had passed the ball but the Eagles got there in the end with Prop Sam Needs crashing over for a 22-6 lead.

The battle upfront was being fiercely contested and it was the Eagles turn to fall foul of referee Angus Gardner with try scorer Needs being shown a yellow for going off his feet. Brisbane took a quick tap and some nice hands saw Luke Beauchamp go over for a six pointer. The kick was again missed and the Eagles lead was cut to 22-12 with just under 30 minutes to go.

There was to be no more points scored in this game and both teams cancelled each other out in the final quarter. Yellow cards to Sam Ward and Hanigan didn’t help the Eagles but both sides will feel they could have added to the score if a little more composure had been shown.  In the coming weeks both teams will benefit from more time together and their combinations will get that little bit sharper each week. 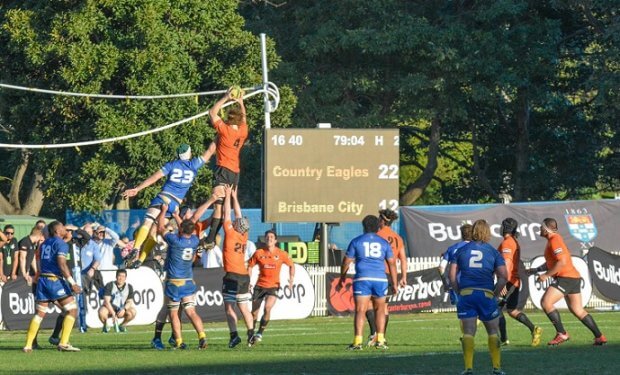 Having just conceded a try and looking at a slim two point gap at halftime, Alex Newsome intercepted a loose pass to give the NSW Country Eagles a handy ten point lead after the bell had sounded.

This was game in which the forwards dominated and it was a very close call for MOTM. In the end it came down to time spent on the paddock. You can’t afford to have your best players sitting on the sidelines for ten minutes and therefore the tireless efforts of Rowan Perry were awarded with the MOTM award just ahead of Ned Hanigan and Sam Needs.

Rowan Perry was very impressive, looked right at home at this level and worked tirelessly all day.  Alex Newsome looked sharp when involved but didn’t get enough ball to really shine.  For Brisbane their best non-contracted player was Jake Strachan, the teenager has a bright future ahead of him.