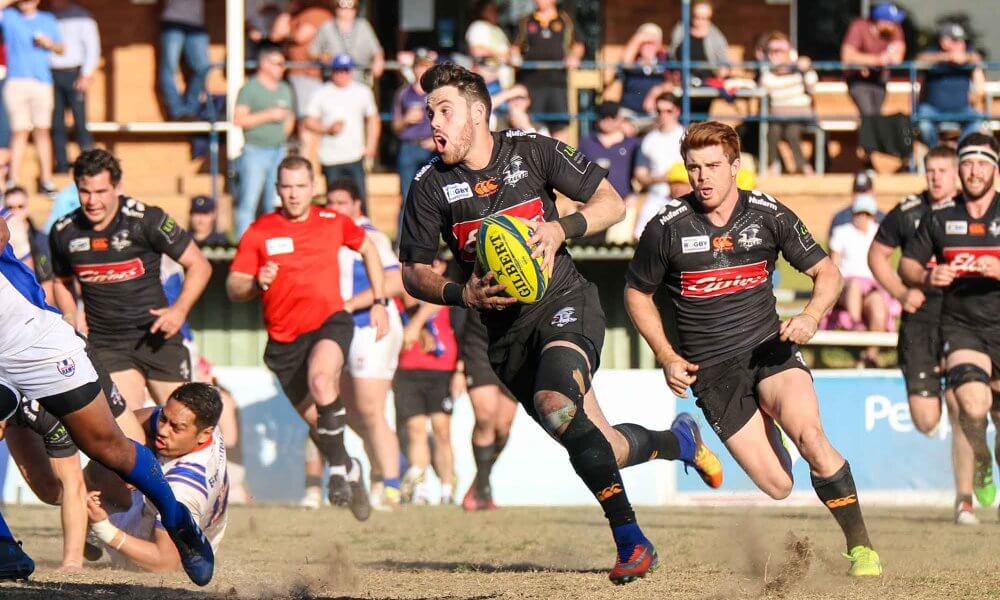 In round 3 we saw some epic battles that really showed off the competitiveness of the NRC this year. This weekend gone we saw a few more, not quite blow outs but certainly one-sided affairs. Fiji continued to roll on with a big win over a weakened Perth Spirit team. Queensland Country turned it on in the second half against the Rays, while the Rising celebrated their first win with a big score against the Rams.

Meanwhile in Armidale it was as tight was they come with NSW Country Eagles also recording their first win of the season, but waiting until after the siren to do so. As you’d expect there were plenty of quality individual performances for the round and this is my attempt at capturing the best of them.

I will admit I found it tough to pick stand out front rowers this week and relied a fair bit on my gut (which is always a good way to pick props). Fa’agase’s stats don’t necessarily read as a stand out performance but, in watching the game, he had some big impacts at key plays and was part of a strong Country scrum. The battle in Melbourne between Rory O’Connor and Jed Gillespie put both players into consideration as well.

I don’t know too much about this guy (which I could say for most of the Drua team) but gees I like what I’ve seen so far. He has a huge motor which fits the Fijian game plan so well as he always seems to be close to the ball.  He doesn’t shirk his defensive duties either mind you as evidenced by him being sitting close to the top of his team’s tackle count this week. Folau Faingaa of the Vikings was a consideration but he’s got to stop patting opposition players on the head when they make a mistake.

This is another of those gut selections. Needs had very busy and effective game in attack against the Vikings making some important meters. Stats would seem to indicate that he didn’t make a tackle, which surprises me. He was the cornerstone of a big NSW Country scrum.

You can take your Fijian outside backs. I love watching their locks the most. Naulago’s game on the weekend was the perfect reason why. He is a wonderful athlete for such a large human being.  He scored a wonderful try running a terrific support line and still got through a pile of defense in front of a huge Suva crowd

Staniforth is a bit of a GAGR TOTW favourite on the back of some consistent form. It was at it again on the weekend and really set the platform for his side’s first win of the season. He has a big work rate, but it was the way he threw his body around that really set the standard. He made a couple of crucial tackles the forced turnovers for his side. James Brown for the Rays  got up offa that thing and was strong in a losing side.

The 7s specialist was at it again on the weekend. He’s clearly a fantastic attacking player, who proves a wonderful link with his exceptional backline but he has an amazing work ethic in defence as well and made 15 tackles v Perth without missing one. Ben Hyne for the Vikings put in another of his standard no-nonsense performances in their close loss to the Eagles.

The unassuming Wright has had a big year. He was captain of the QLD Under 20 team that won the National Championships. He played a starring role in the Australia Under 20s campaign at the Junior World Cup. He signed his first full time pro contract with the Reds, and now he’s stepping up in the NRC. He had a massive game v the Rays on the weekend which included snaffling five turnovers and making a heap of tackles (missing none). Needless to say the Drua were well served by their 7 in Mosese Voka.

The young Canberra backrower has had a stunning return to rugby over the last couple of weeks and was a standout again for the Vikings on the weekend. He had some strong competition from the likes of Peni Raidre, Caleb Timu and Jed Holloway but Valetini’s all-round efforts were enough to earn the selection. He’s such a powerful specimen and he uses his physicality and power so effectively in  both defense and attack.

Well the battle for the Melbourne Rebels back up scrumhalf slot just got a whole lot hotter. Assuming Wallaby Will Genia gets the 9 jersey, than Harrison Goddard just put down a fairly impressive marker to be his backup ahead of the experienced Nic Stirzaker. It was a wholly composed performance by Goddard including some delightful touches, from hand and foot, that lead directly to tries. Goddard’s performance was clearly special as it earned him selection ahead a couple of other top 9 games in James Tuttle and Fank Lomani.

In a game where the forward play seemed to dominate the back play, one name stood out. Tayler Adams. The Ken Catchpole Medal winner has continued his 2017 form and was excellent again in leading his team to their first win of the season.  He was a constant danger in attack, a master of pressure relieving kicks and then capped it off with a conversion after the siren to win the game. Complete class. Two of Australia’s young guns continue to impress with Jack McGregor and Hamish Stewart both looking very good in their respective teams’ wins.

Tupou is a brilliant young rugby player and exactly the type of player I fear for given the way Australian rugby is going. The teenage was the youngest player at the Jnr World Cup and is now tearing it up with men in the NRC. He scored two memorable tries on the weekend in a season where he has impressed with his maturity and natural brilliance. The Rebels have some quality finishers so let’s hope they can keep onto this one. Eagles flyer Alex Gibbon was extremely busy and effective in Armidale including scoring a crucial try.

Paia’aua has been one of the clear stand outs of the NRC 2017 season so far. On the back of his best Super Rugby season, and with the added responsibility of captaincy, Paia’aua has been a key factor in QLD Country’s best season to date. Duncan scored a hat trick on the weekend, bringing his season tally to six, running some fabulous support lines. He also set up a couple of tries in what was a highly impressive outing in Sydney.

This one came very close to going to Eroni Vasiteri of the Drua, but I opted to stick with the combination that has been so effective together. CFS is one of the more maligned players going around, and I myself have questioned his value more than once. But it’s games like this that remind us all of his abilities and raise our hopes for seeing it at Super Rugby level (and above). Feauai-Sautia was unstoppable in attack at times – if he wasn’t breaking defensive line he was putting a very solid dent in it.

Stewart has started in a few different positions for the Drua this season and each and every time delivered a classy performance. His leadership abilities are obviously well respected given he leads the team from the wing, at least this week, and they function so effectively. Stewart himself was first-class against the Spirit scoring a brace of tries and proving to be a constant threat to the Perth defense.

The experienced utility back, and (of course) 7s player, was a delight to watch on Saturday afternoon. Thriving on the atmosphere, and the dominance of his team, Waqatabu positional play was a particular feature of his play. He scored a try of his own, and kicked plenty of goals, but his impact was far beyond that. Jack Maddocks was again impressive for the Rising.

Rays all out of water against QLD Country
Six reasons to watch the AON Uni 7s this weekend.