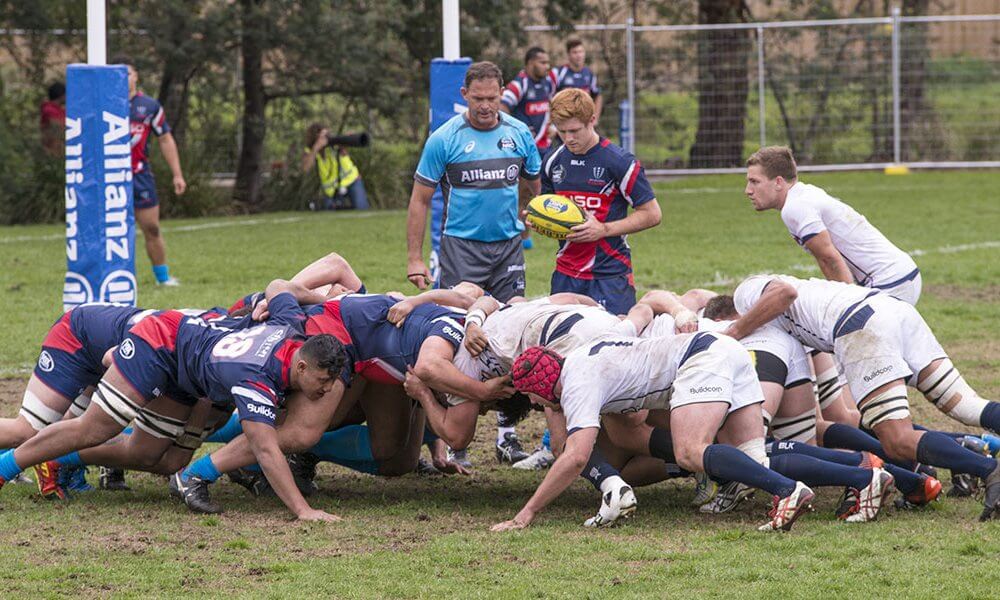 For three years they have had strong squads; a good blend of Super Rugby and local players, moulted together by a talented coaching and support team.

In 2014 the Rising dominated the first season of the NRC to reach the finals, winning each match with a bonus point.  They were unexpectedly were beaten by the Perth Spirit, adding another chapter in a great Melbourne  – Perth Rugby rivalry that’s existed for a number of years.

In 2015 and 2016, whilst not being as dominant, they made the finals in both seasons.  Whilst competitive, they haven’t made it past the semi-final stage.  As an aside, every team they’ve played in a semi-final has ended up losing the grand final.

So, the question remains; is this the year we see the Rising turn potential and talent potential into a championship winning team?

2014 – The Rising started the NRC with a boom. They were unbeatable in the regular season, collecting all 8 bonus for a record total of 40 competition points and a point differential of 215.

Everyone expected the Rising to win the semi-final at home, but someone forgot to tell the Pigs from Perth.  When the Rising collapsed to a 29-45 defeat against a team that struggled to reach the play offs, AAMI Stadium stood in shock.

The legacy of the 2014 season lies in Sefa Naivalu, who was selected to play in the – at that time – blue and pink from local club Box Hill Broncos. Super-Sefa was quick to put on display his skills on the bigger stage and ended up being signed by the Melbourne Rebels and eventually a Wallaby jersey. 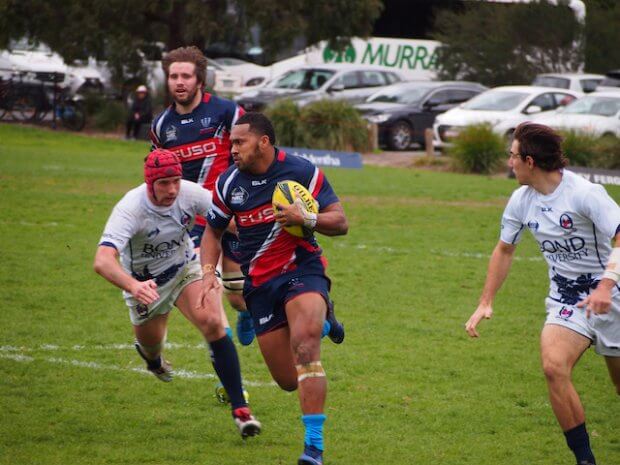 2015 – For the 2015 season the Rising departed from their inaugural coach Sean Hedger and appointed Rebels assistant coach Zane Hilton to the position. Hilton followed in the footsteps of his predecessor in selecting a few local players in a Rebels’ dominated lineup, but had less success. The 2015 season saw the Rising winning three games, most importantly the first ever defence of the Little-Horan Shield, awarded to them after the 2014 campaign.

At the end of the season, the Rising collected half of the points than in 2014 and finished 3rd on the ladder. They went on losing the semifinal against the Canberra Vikings 50 – 34.

On field, the Rising saw the dominant display of Jordy Reid, Jonah Placid and Ben Meehan.

The Rising moved out from the large and expensive to run AAMI Park to take the game to local grounds.  The change was welcomed by many fans but that took away the psychological advantage to host the other teams in a world class facility.

2016 – For the 2016 championship the Rising confirmed Hilton at the helm and didn’tchanged their selection methods, again including few local players into a mainly Rebels’ based group.

The team has a mixed bag of results.  Highs included the 60-44 win in Canberra balanced with lows such as the 68-30 trashing at home aganst the Western Sydney Rams.

The Rising played all bar one game at Harlequin Rugby Club.  A sub-standard ground with very little facilities, no grandstands, and limited car parking for the fans.  This decision probably kept the less hard-core fans away.

Zane Hilton will coach the Rising for the third season.  Craig McGrath, in his fourth season, will assist him.  New to the team is former Rising player Pom Simona.Pom, similarly to McGrath comes from the Harlequins both as player and coach and this year has lead the Ashwood based team to an undefeated win of the local competition, the Dewar Shield.

Pom, similarly to McGrath comes from the Harlequins, both as player and coach.   This year. Pom has led the Ashwood based team to an undefeated win of the local competition, the Dewar Shield. 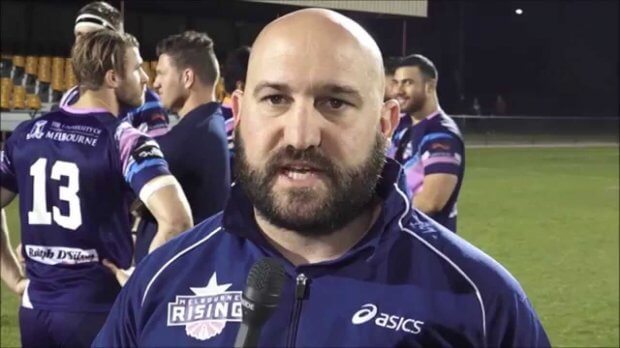 For the 2017 season the Rising selected 17 debutants along with the more experienced players coming from the Rebels or the local clubs, in a mix more orientated to grass root rugby than previous years. A welcome move that will see more Dewar Shield players have a chance to challenge themselves in the national competition.

World Rugby 7’s Rookie of the Year Henry Hutchison will be part of the team ahead of his first season in Super Rugby with the Rebels.

With the return of the competition to an odd number of teams and the re-introduction of the bye round, the Rising and the Sydney Rays will be the two team not to enjoy a rest during the regular season. Whilst the Sydenysiders will start a week later than the other teams, the Rising will end it a week in advance. This could be a major advantage for the rising, should they play in their fourth consectutive finals series. In that case the Rising will enjoy a weekend off to recharge the batteries ahead of the finals series.

The Rising will need the rest since they will have a fair share of travel this season, playing every weekend in a different capital city, but escaping the trip to Fiji, as they’ll host the Drua in the second round.

The first match for the Rising be against rivals Perth Spirit and we can predict that the Rising will be faced with an hostile crowd after the Super Rugby shenanigans. 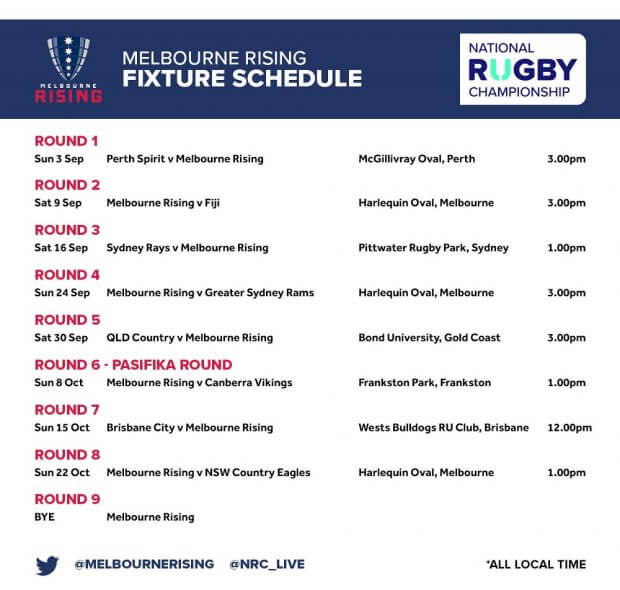 A very difficult season to call for the Rising;  They may click and dominate with some fresh blood in the team, or they may struggle to find a rhythm, due to the number of players not used to play together.

Despite the draw is pretty harsh for the Rising, a number of young players may benefit the recovery process.

More minutes on the field will help players like Maddocks, Hutchison, Siliva and Haangana to push for a starting position in the next Super Rugby season.

As fans, we’re just looking forward to a cracking NRC season, with our Rising boys leading from the front.