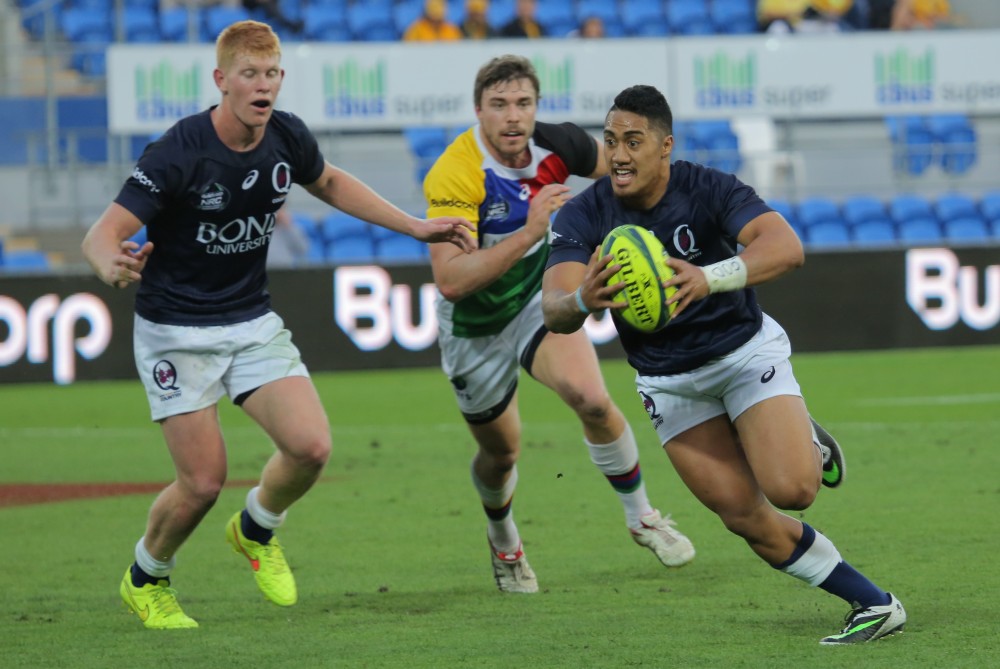 A curtain-raiser for the Wallabies v Argentina test match, this Round 4 match of the NRC was destined to see either the North Harbour Rays or Queensland Country pull themselves off the bottom of the ladder.  In front of a very small crowd, on a slightly slippery track both teams struggled to drive home any advantage. 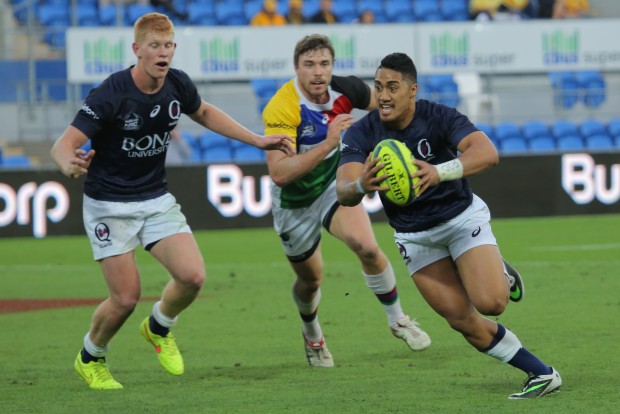 After spending the initial few minutes of the match with images of Twister in my head (check out the North Harbour Rays’ jerseys) flowing nicely into the Justin Bieber Twister meme, I refocused on the play that set the tone for Queensland Country – consistently and frustratingly kicking poorly in general play.    It was the result of one of these kicks by flyhalf Matt Brandon that saw the Rays putting pressure on the Queensland Country line with a quick tap restart with prop Luke Holmes barging over the line for the North Harbour Rays.   The conversion by Hamish Angus was successful – nicely setting the tenor for his afternoon of success at Cbus stadium.

The poor positional kicking by Brandon, scrumhalf Sam Grasso and fullback JJ Taulagi for Queensland Country meant that they eroded any field advantage they might have gained in the first 15 minutes, and allowed the North Harbour Rays to push into their 22 on 3 or 4 occasions, looking dangerous.  Rays’ fullback David Feltscheer fluffed the ground of the ball in goal, enabling Queensland Country to set a scrum 5m out.   After some smooth passing among the backs (noteably the last pass from Taulagi  to winger and dual try-scorer Todd Winkley) Queensland Country were on the board with Winkley’s first.   Conversion successful by Brandon.

An early substitution for Queensland Country saw reserve prop Haydn Hirsimaki on the field.  Side note: I was surprised to see him named on the bench as I think he is a real advantage at scrum time, and certainly the Queensland Country scrum had the goods over North Harbour Rays for the remainder of the game.

It wouldn’t be a NRC match without a yellow and Queensland Country captain Anthony Fainga’a spent ten in the bin after repeated infringements at the ruck.  North Harbour Rays took advantage of the extra man, and Hamish Angus was the recipient of quick ball and a long pass, crossing for his try before ably converting it from close to the sideline.

Neither side pressed home the advantage with lineouts being a bit wobbly and kicking still a problem for Queensland Country – too high, too aimless, not making distance on kicks for touch.  Feltscheer redeemed himself for the Rays with some fast running to cross in the 32nd minute, with the conversion by Angus once again successful. 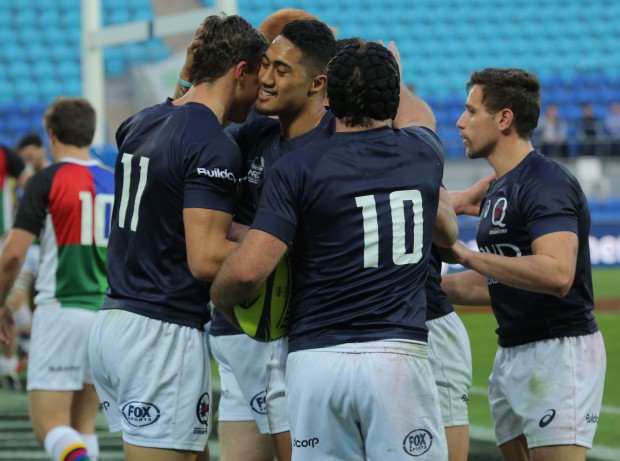 The second half resumed with North Harbour Rays leading Queensland Country 8-24.  Play was paused while Country back Sam Johnson, making his debut, was treated for a head knock before leaving the field.  Steve Meehan, coach of Queensland Country, had certainly fired his forwards up as their scrum proved dominant before being awarded a penalty try, successfully converted by Brandon.

You could field the tide started to shift as Country moved away from kicking to retain the ball, building phases and holding their nerve.  Winkley crossed for his second try of the afternoon and Brandon converted.  Scores were locked at 24-all as kicking errors started to affect the Rays.

Now is the time to mention 17 year old Campbell Magnay, starting in his first NRC match.  This red-headed kid is one to watch – strong running and providing strong support, he lasted the 80 minutes well and slotted in well with #FTA.  He was quick in the line and tackled well and it will be interesting to see him next year – stronger and with more rugby knowledge under his belt at this level.

Jack de Guingand crossed for Queensland Country’s fourth try after and impressive run by Tom Pincus, but the conversion was unsuccessful – the conversion that would separate the scores at the end of the match.

The Rays were within striking distance of the Country tryline, cycling the ball and remaining patient.  Reserve James Tuttle made a break and offloaded to second-rower Ed Gower to score with Hamish Angus slotting a successful conversion to take the lead with 4 minutes to go.

Queensland Country had one last chance to pull off the win, but unfortunately couldn’t make it stick in spite of a penalty from a scrum.   North Harbour Rays spoilt the ball and recorded their first win 29-32 of the NRC season.

With Queensland Country having played three games in the four rounds and with top tier Reds’ players – Fainga’a twins, Robinson and Taulagi – I want more from them at this level.  I understand pulling together a team in a month can be tough and you are talking different experience levels, but when you look at the team, many of them will have played Premier level together every week – I want cohesion, a forward pack that looks like it communicates outside the scrum, but most importantly I want strategic and tactical kicking – this was their downfall yesterday afternoon and will continue to be punished. As a backs coach, Meehan should have more of a handle on this, but I give him full points for his scrum.  Tres ironique. 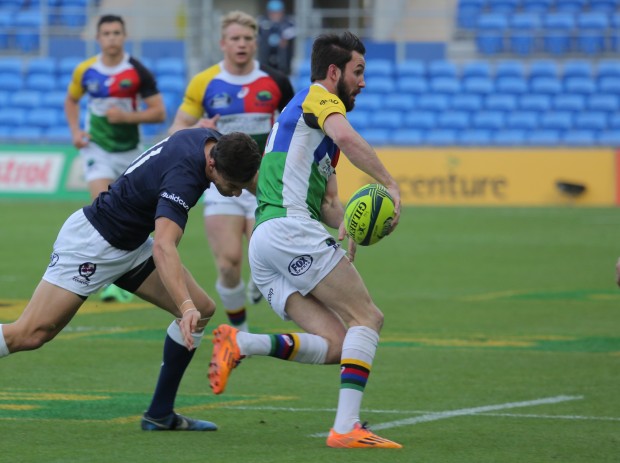 North Harbour Rays secured the win and pulled themselves off the bottom of the table in a matter that wasn’t very convincing, but Angus kicked well in general play, and to convert.  Again, with half the team from Warringah and the other half from Manly (essentially) you could expect more cohesion, but in this instance I think some teams in the competition are struggling to make the transition to a higher level (Sydney Uni/Sydney Stars *rubs hands together with glee*).

3 tries to 1 in the first half and limiting your possession by booting away ball, the game changer was either the lack of strategic kicking or poor execution by Country.

Hamish Angus for his 17 point haul and good positional kicking