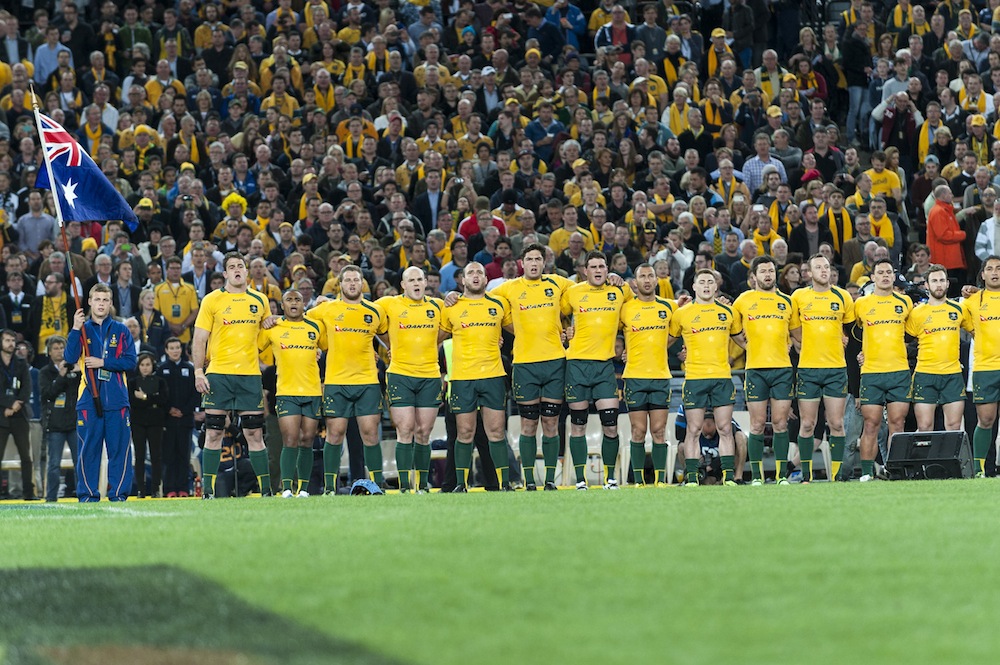 Last week I half-jokingly predicted a 10 point win to Australia. It was more of a hope than a belief but what I did expect was a pretty good showing from my team. What I didn’t expect was a six tries to two drubbing. While it was 17 points on the scoreboard to me it felt like we weren’t even that close. So with my unbreakable Aussie spirit intact I head into Bledisloe II full of hope. Maybe not for a win (although I’d have taken one) but definitely for a better showing from the guys in the gold jerseys.

The first half was very frustrating for the Wallabies. They had the majority of the possession and territory but poor execution of the basics had cost them dearly. Both teams started shakily with their lineouts not performing well. But it was poor kicking, passing and especially tackling that cost the Wallabies. The first quarter showed great improvement in the Wallabies game management. Two penalties from Christian Leali’ifano’s boot was all they had to show despite crossing over for what looked like a fair try.

In the second quarter of the game the Wallabies were still showing improved game management but their errors were starting to give New Zealand opportunities to score. And score they did. In fact they managed to scored two tries and a penalties in the next twenty minutes. The first try was the result of a poor kick from Jesse Mogg that should have gone out. The All Blacks put up a high ball on the kick return, regathered the ball in the swirling conditions, and when the backline quickly realigned it was only a matter of ball through hands that put Ben Smith away down the right touchline.

The second try again came from New Zealand running the ball back from an Australian kick.  This time they put Steven Luatua through a big hole in the Australian backline and again their backs caught the Wallabies out and again Ben Smith was at the end of a simple passing drill to dot the ball down.

Despite having the majority of the ball the Wallabies trailed 15-6 at halftime. Australia were playing better than game one but the All Blacks were punishing every mistake just like game one.

The second half started with more enterprising play from the Wallabies mixed with errors at critical times. A knock-on close to the tryline, the ball slipped out of rucks and scrums for the opposition to pick up and missed kicks for touch were all momentum killers. Despite that the Wallabies were only 21-9 behind at the 60 minute mark.

But the Wallabies scrum and lineout struggled and with their lead the All Blacks were able to play a territory-based game. Australia’s attempts to kick their way out of their half were foiled by poor execution. Then against the run of play Israel Folau intercepted and ran 70 metres to score under the posts.

Briefly the Wallabies were only eight points behind. But they were unable to mount any attack against the now dominant New Zealand side. The All Blacks closed out the match with their usual professional manner and were deserving winners. The final score was a fair reflection of the game with the better team winning on the night.

Despite Australia losing again and what appears to be a negative report I am happy with the team’s improvement from the first match. I never expected the side to win this match and to see them compete well for a lot of the match was pleasing. I was disappointed with the errors at key points as I’m sure the players are themselves.

Twenty minutes into the match Jesse Mogg had the opportunity to put Australia on attack with a good kick from within his 22. Instead he failed to find touch and New Zealand scored off the resulting kick return. The game changed from that moment on and Australia never recovered.

I usually try to pick an Australian man of the match here but this week I can’t single anyone out. Scott Fardy was good. James Slipper was great before his head knock. But Kiwi try scoring machine Ben Smith has to get my nod this week.

Jesse Mogg was poor. There is no hiding it. As were Stephen Moore and Ben Alexander. I can’t understand how Moore played 76 minutes. Matt Toomua was better than last week but still needs a lot of improvement and it must be tempting to start Quade Cooper next week. Scott Fardy had a good game as did Folau, O’Connor and Slipper.