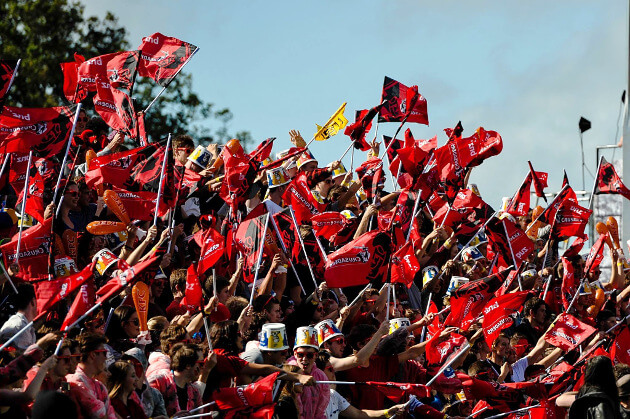 Last week dru cast his eye over the South African Conference ahead of their opening matches, so with the Australasian Conferences kicking off this weekend, it’s time to take a look at how things are shaping up East of the ditch. 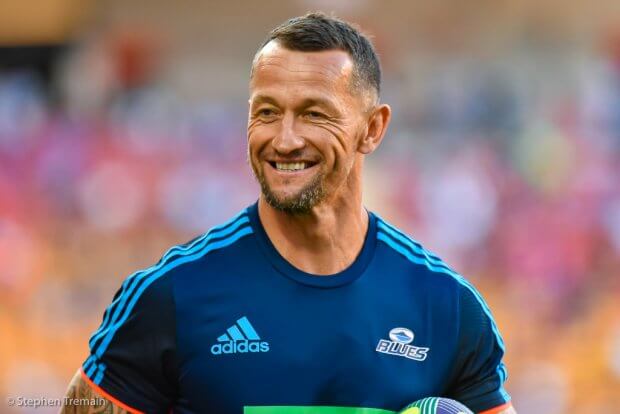 Blues supporters have been saying “this is our year” for so long it’s become a cliche, and success at the recent Brisbane Global 10’s has ensured that this year is no different.

Coach Tana Umaga has at his disposal forwards with skill sets usually seen only from backs, backs who carry and defend like forwards, and of course X-factor players such as Reiko Ioane and Sonny Bill Williams.

The Blues problem, as it has been since Carlos Spencer was in his prime, is finding someone able to provide some game management and direction. This year’s hopes were pinned on Otere Black and Stephen Perofeta, both long tagged for future glory but who have unfortunately ruptured an ACL and broken a hand, respectively. Black is gone for the season and Perofeta for the first four weeks at best.

By the time Perofeta returns the Blues may find themselves in a very deep hole: their campaign begins away to the Highlanders followed by a home game against the Chiefs and trips to the Lions and Stormers.

The mid part of the season contains eight home and just three away games, albeit the home matches include the Highlanders, Hurricanes, and Crusaders. After a final bye in Round 15 the run home includes visits to the Hurricanes and Crusaders, after home matches against the Rebels and Reds.

The Blues may well make the finals for the first time since 2011 but a fourth Super Rugby title (the last of which was in 2003) seems improbable. 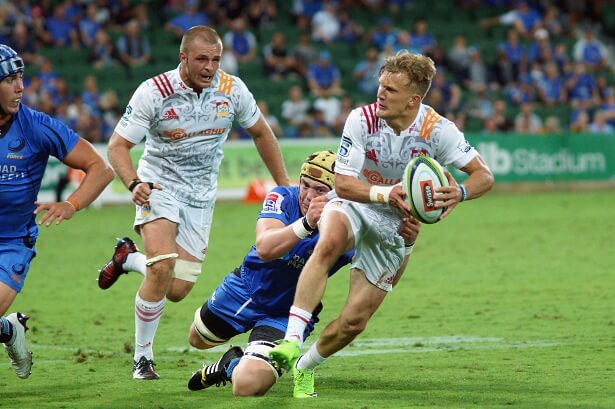 McKenzie looks for support when tackled by Carmichael

Another rugby cliche is “rebuilding phase” but that’s exactly where the Chiefs find themselves after the departure of coach Dave Rennie and a host of players including their halves combination of Tawera Kerr-Barlow and Aaron Cruden.

Incoming coach Colin Cooper will be hoping that his new 9/10 axis of Brad Weber and Damien McKenzie can step into the big shoes they’ve been asked to fill, but the key players will be lock Brodie Retallick and openside Sam Cane. Both are world class and possess the “follow me, lads” attitude that could prove inspirational to what is a very green squad.

The Chiefs have copped a tough draw, opening with visits to the Crusaders and Blues, and to the Sunwolves in Round 6. Early home fixtures are the Bulls, Highlanders, and Blues. Away matches to the Hurricanes and Reds see them through to their final bye in Round 11.

The run home features five home games but those are the Jaguares, Waratahs, Crusaders, Brumbies, and Hurricanes. There’s also a trip to Suva to take on the Highlanders. The South Africa trip takes in the Stormers and Sharks.

With that daw and so many new faces, it’s hard to see the Chiefs finishing in the top half of the table. 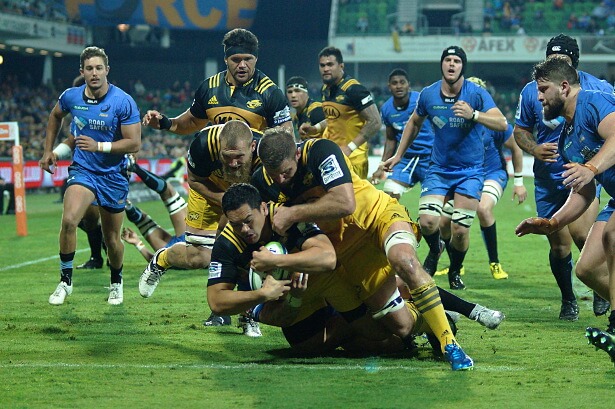 Ngani Laumape scores with some help

The Hurricanes have also lost a raft of players, including Mark Abbott, James Broadhurst, Cory Jane, and Reggie Goodes, but the core of the team that has enjoyed great success in recent years remains.

That includes arguably the best backline in the competition, further strengthened by Jordie Barrett’s return from injury six kilos heavier and targeting his favoured 12 position. Don’t be surprised if wrecking ball Ngani Laumape shifts out to 13 to accommodate Barrett’s freakish skills.

Up front hooker Asafo Aumua and lock/ loose forward Vaea Fifita will be key. Aumua, though, will need to shed some weight and mend some fences after reporting for duty in less than ideal shape and consequently being excluded from the tour party to South Africa (Bulls) and Argentina.

Other than the obligatory trips to the other New Zealand franchises, the remaining away fixture list is pretty friendly, Brumbies obviously excluded, and expected South African heavyweights the Lions and Sharks are both played at home. Avoiding the Waratahs is also a bonus, as is only having to leave New Zealand once after their second bye in Round 10.

In his final campaign before departing for Northampton, coach Chris Boyd should guide his charges into the playoffs. After that anything is possible, including a second title in three years. 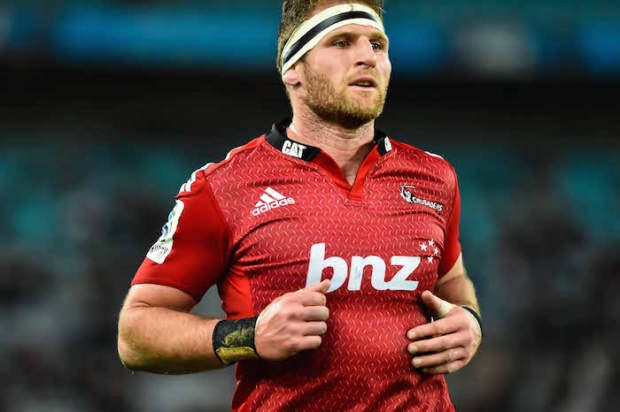 Defending a Championship is the toughest assignment in any sport but the Crusaders are well placed to add a ninth title to the one they won last year.

First, while there has been the inevitable player turnover the core of the Championship team remains and has arguably been strengthened with the addition of ITM Cup standouts Braydon Ennor and Will Jordan. Both are gifted finishers and in combination with last year’s find-of-the-season Jack Goodhue and midfield rock Ryan Crotty will pose opposition defences plenty of questions.

Second, the draw is very favourable with the opening five matches either at home or a short flight away. A mini-tour to the Lions and Jaguares follows, but by then team rehab (most notably Kieran Read, Joe Moody, Tim Perry, and Owen Franks) should be back and raring to go.

There’s a second seven-match block between their byes, featuring visits to Canberra and Melbourne, both of which have proved troublesome in the past, and to Hamilton which has been something of a bogey venue in recent years. After the June break, home games against the Highlanders and Blues round out the season.

It would be a huge surprise if the Crusaders don’t make the playoffs, but we’ve seen them surrender home ground advantage with poor post-June Test window performances before so they’ll want to build a big points buffer in the early and mid-season Rounds to avoid having to take the longer, harder road to a ninth title. Provided they can do that – and perhaps even if they can’t – back-to-back titles are very much on the cards. 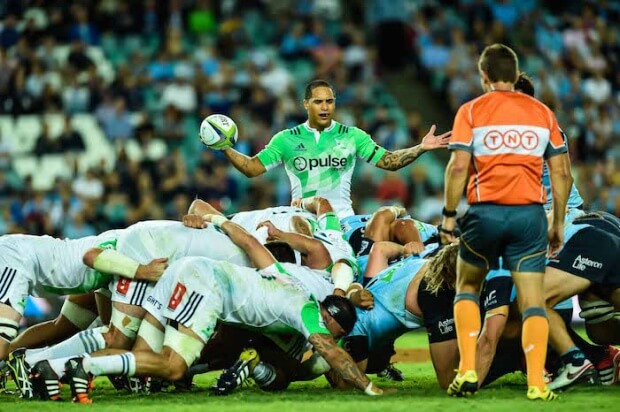 The Highlanders have a new coach in Aaron Mauger who will be looking to build on what Jamie Joseph and Tony Brown, both now in Japan, achieved in their collective four years.

The squad is reasonably stable other than the loss of Malakai Fekitoa and a handful of others. The most notable acquisition is Thomas Umaga-Jensen, nephew of Blues coach Tana and a standout player for Wellington in last year’s Mitre 10 Cup.

A potential problem for the Highlanders is that they have byes in Rounds three and eight, meaning a run of eight matches between their last bye and the June International window, and three after it.

Included in that run are visits to the Bulls and Sharks, then hosting the Lions a week after leaving Durban. Their next away fixtures are the Waratahs and Reds, with the Hurricanes at home to follow five days later. Post-June they finish with the Chiefs in Suva, Crusaders away and Rebels at home.

It would be easy to write the Highlanders off but if they can keep something like their best XV on the park every week they could yet make the playoffs, but one suspects that they’ll bow out early.