Monday’s Rugby News – and it’s not about Quade! 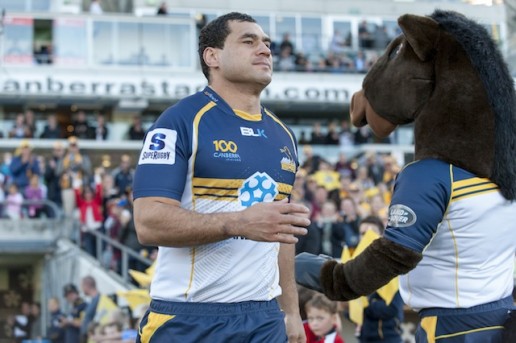 Monday’s Rugby News – and it’s not about Quade!

Smith could be back for Brumbies

Following scans, the news is that George Smith will spend up to eight weeks on the sideline after damaging his medial ligament. Pat McCabe may have ruptured his posterior cruciate ligament, and could make a comeback in time to play some part in the Lions series. McCabe is also expected to sign a further two-year deal with the Brumbies and ARU next week.

The Brumbies management are holding out hope that this all means Smith may be able to play one final match against the Force on the 13th of July.

What’s Japanese for “You’ve must be f*cking joking”?

With three Aussie Super teams within a shout of the finals – but far from certain – it’s understandable that their franchises are keen to keep their hands on as many international representatives as possible; the Tahs for example are up to lose 10.

The Pulveriser had previously said that the Tests and three week camp starting on the 2nd of June leading up to it are paramount. Now, however, he’s backed off a little.

“I’m very conscious of that and have an agreement in place with the coaches and CEOs that when the time comes, we’ll sit down and have a rational discussion around it and hopefully reach some sort of compromise.”

Superstar club Toulon have won their first Heineken Cup Final, defeating Clermont Auvergne 16-15 in Dublin over the weekend. Read any Pommy paper and they’ll naturally put it all down to Jonny Wilkinson, but we’re informed it was more about Clermont throwing the match away than Toulon winning it.

O’Gara hangs up the boots

Ireland and Munster fly-half Ronan O’Gara will take up a coaching role with Racing Metro next season after announcing his retirement on Saturday.

The 36-year-old has been capped 128 times by Ireland and was selected for three British and Irish Lions tours, notoriously taking a stint as Duncan McRae’s punch bag when they played the Waratahs in 2001 (see below).