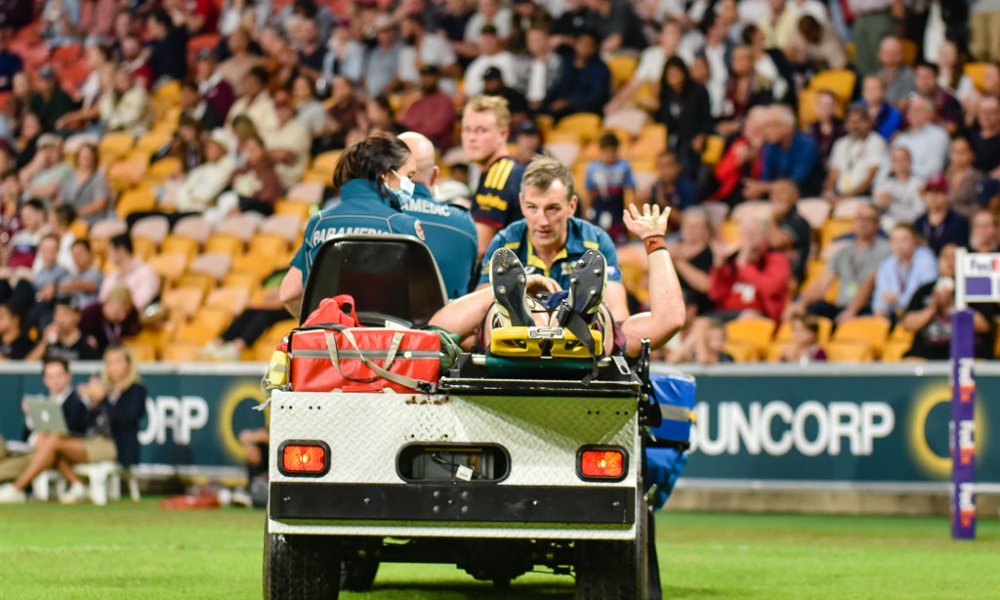 Happy Monday everyone, in the least surprising thing of the year the Kiwi teams came out hard,

Remember people this is a fan site run for the fans by the fans so if you have the time and feel like doing something a little different with a couple of hours of your time every week drop Sully a line at Sully@greenandgoldrugby.com . It’s going to be a big year of tests and other things get involved.

Fine win by the Highlanders, the Reds are really starting to struggle for cattle particularly in the Front Row. I am sure the G&GR community wished Harry Wilson a speedy recovery, his head knock didn’t look good.

Another fine win by the Tahs and they are certainly building something.

This was the game of the round with the Brunbies proving they are one of the teams to beat in the competition.

Everyone is raving about Will Jordan and while a very good player the addition of Scott Barrett and Richie M to the Crusaders makes them a different proposition.

Obviously the Drua had an emotional let down and came up against a Canes team with something to prove.

I wanted to get out to this game but unfortunately work intervened with an early kick off. For those who haven’t watched the game I would recommend looking up the national anthem component. With Covid and 11 debutants and not having played in 956 days it was very emotional with more than one player brought to tears.

The game itself was a fast and entertaining and for mine the standard was very good.

I hope the media and the country gets around these girls as they are exactly the type of team we should love.

Munster and Toulouse faced off in a nerve-wracking penalty shootout that decided their Heineken Champions Cup quarter final today in the most dramatic of fashions.

Toulouse advanced to the last four of the competition after the shootout victory over the Irish at the Aviva Stadium in Dublin, in what was one of the most memorably conclusions to European match in some time.

Scores were locked at 24 all.

In the other game Leicester never recovered from a devastating first half by Leinster as their Heineken Champions Cup quarter-final ended in a crushing 23-14 defeat at Mattioli Woods Welford Road.

Former All Blacks first-five Tom Taylor has delivered a dire assessment about the current state of the All Blacks and rugby in New Zealand.

Taylor, who played three tests for the All Blacks in 2013, was critical in his view of how the Kiwi game has developed since his departure from New Zealand seven years ago in a journey that has seen him ply his club trade in France and now Japan.

During his time abroad – where he played for Toulon and then Pau between 2015 and 2020 before eventually joining his current club, Toshiba Brave Lupus, last year – Taylor has seen the growth of the domestic game in France’s Top 14.

The 33-year-old said it’s come as no surprise to him that France have subsequently catapulted to favourites for next year’s World Cup as the development and improvement of their club competition has had a flow-on effect to the country’s national team.

He partially attributed this to the influx of Kiwi talent that has infiltrated not only the Top 14, but various club competitions worldwide.

According to Taylor, the exodus of top players from New Zealand has had a negative impact on the quality of the game in his homeland while also propping up the level competition overseas.

The former Crusaders pivot said that, in part, has played a role in the increased competitiveness of the global game in test rugby.

In my opinion the Australian and New Zealand Unions will have to realise that they cannot go it alone. We will always be net exporters of talent but only by working together and building well-paid local competitions will we be able to compete.

For all of those who say he wouldn’t have been a long term test player miss the point, the real quality of a team is the players who cannot make the team not the ones who do. Luke Romano is a classic example: he received limited time at the Crusaders but when he’s your 4th best lock your team must be strong.

Enjoy your week ladies and gents see you Thursday.