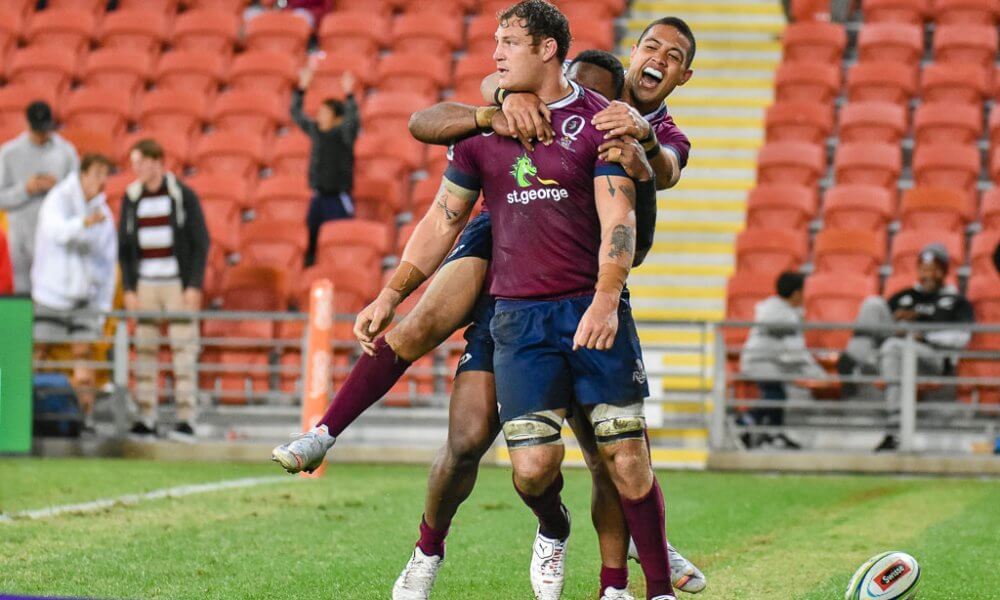 Queens Birthday’s Rugby News looks at the penultimate round of the Super Rugby season, the Junior Wallabies continue their Under 20 World Championships campaign, a wrap up of rugby around the country and the Folau saga continues. 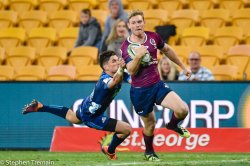 Round 17 served up a case of deja vu from the previous round with the Bulls once again drawing in the opening encounter of the round against the Highlanders. This was a close counter in which the boys from Dunedin raced out to a 19-7 lead before the Bulls fought their way back to earn a draw after a 75th minute try to replacement hooker Jaco Visagie.

The next match saw a battle of the primary colours at Suncorp Stadium, with the Reds snatching victory against the Blues 29-28. The Blues controlled the first half of the match, leading 21-5 after 25 minutes. However, the Reds maintained their composure and clawed their way back, with Scott Higginbottom rewarded for his long service to the game with the match-winning try. Check out Ben’s review of the thrilling contest.

In the first match of the weekend, the Crusaders molly-whopped an under-strengthed Rebels side 66-0. The Rebels missed 38 tackles in an error-ridden performance which saw the Crusaders run in 11 tries to dent any finals aspirations that the Rebels would have held. For further analysis, check out GoMelbRebels match report from Christchurch

This was followed by an Australian derby in which the Brumbies secured the Australian Conference with a dominant 35-24 victory over the Waratahs. The Brumbies blew out the Waratahs in the first half, running in 28 unanswered points to secure their 6th win in 7 games over the lacklustre Waratahs. For a more detailed report of the match, check our my thoughts here.

The Hurricanes would then secure the fourth home quarter-final with a 37-17 win over the Lions. The ‘Canes were impressive in the victory, despite losing Beauden Barrett to injury before kickoff, with human tank Ben Lam and replacement hooker Dane Coles securing braces to help them cruise to the win.

The Stormers would then host the Sunwolves at Newlands to finish off the South Africian leg of the round, with the Stormers pulling off an impressive performance to secure a 31-18 win. The Stormers dominated from the start of the match, racing out to a 21-6 lead, however, the Sunwolves hung tough to prevent the Stormers from recording the all-important bonus point.

In the final game of the round, the Jaguares have secured the South African conference with a dominant 34-7 win over the Sharks in Buenos Aires. The Jaguares never looked threatened throughout this match, running away with an easy victory on the back of doubles from Emiliano Boffelli and Sebastian Cancelliere, to maintain that all-important second spot on the ladder. 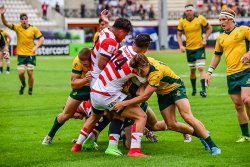 The Junior Wallabies have secured a spot in the Under 20s World Championships, after recording a 45-17 win over Ireland.

Australia opened up an early 10 point lead after Irish Lock Ryan Baird was red carded early in the first half for a high tackle.

However, the Irish would hang tough, peppering the Junior Wallabies line in the lead up to the half-time break, with Craig Casey scampering over to reduce the margin back to 10-7.

They would dominate the start of the second half, with Stewart Moore barging over to give them an unlikely 17-10 lead.

The turning point of this match would ultimately come in the 55th minute, where the Junior Wallabies finally broke the brave Irish defence with Semisi Tupou offloading to Reds and Junior Wallabies fullback Isaac Lucas to level the scores.

From this point, the Junior Wallabies controlled the encounter and they ran riot over the tired Irish defence, with back to back tries to Mark Nawaqanitawase and Nick Frost in the space of five minutes pushing the scoreline out to 31-17.

Tries to Will Harrison and Frost in the final 10 minutes secured the bonus point and the 45-17 win.

The bonus point win ensures that the Junior Wallabies will qualify at the top of Pool B, after England scrapped home a victory against a brave Italy.

Rugby around the country (and pacific) 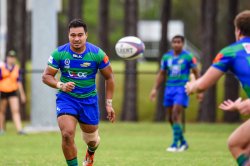 With many competitions taking the week off for the Queen’s Birthday long weekend, such as the Dewer Shield (Vic) and the Coopers Premiership (SA) we start in NSW where the Shute Shield has once again thrown up some thrilling encounters.

Round 10 of the comp saw Norths kick a penalty in the dying moments to beat Easts 18-17, Manly hold off a valiant Gordon 31-27, Warringah close out a tight win over West Harbour 30-24, Eastwood continues Souths dismal run with a 56-21 victory and finally Sydney Uni asserted their dominance over the comp and Randwick, winning 40-18.

In round 10 of the John I Dent Cup, Gungahlin outclassed Easts 42-8, Uni held off a valiant West outfit 26-19 and the Vikings pulled off the big result of the round, thumping the ladder leading Royals 54-17.

Round 11 of the Hospital Challenge Cup had Sunnybank upset Wests 25-20, GPS got their revenge over Easts 24-22, Queensland defeat Bond in the battle of the Uni’s 29-17 and Brothers outclass Souths 38-26 to claim the inaugural Bola Kefu Memorial Shield.

Over to the west, round 10 of the tightly contested Fortescue Cup saw Wests hold off Wanneroo 7-5, Associates upset UWA 28-7, Coastal Cavaliers record their first win of the year over fellow cellar dwellers Curtin Uni 47-6, Palmyra convincing beat Southern Lions 37-14, Cottesloe hold on to the top place with a tight win over Joondalup 15-14, Nedlands took care of Bayswater 43-6 and finally Kalamunda beat ARK’s 30-26.

Whilst we’re talking about the west, Fiji held on in a classic encounter against Samoa 37-31 in the latest instalment of the Global Rapid Rugby series. Fiji cruised out to a 24-5 lead after 30 minutes after tries to Tagi, Manu Dolokoto and Sauni. However, Samoa kept in the fight throughout the second half, reducing the margin back to 5 points. In the end, Fiji showed their experience and class to put them back to the top of the Pacific Showcase Series ladder. 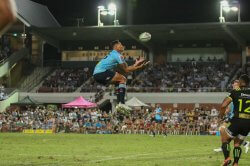 Israel Folau has confirmed the worse kept secret, deciding to take Rugby Australia to Fair Work Australia over his sacking.

Folau’s was handed a contract breach on April 10th for his controversial use of social media, before a code of conduct hearing last month found him guilty, allowing Rugby Australia and NSW Rugby to terminate his contract.

The panel determined that Folau had committed a “high level” breach of his contract after taking to Instagram last month to proclaim hell awaits for “drunks, homosexuals, adulterers, liars, fornicators, thieves, atheists, idolators”.

However, Folau and his lawyers have chosen to take it to the Fair Work Commission, citing Section 772 of the Fair Work Act with the idea that it was unlawful to terminate his contract based on his religious beliefs.

Folau will be looking to claim up to $10 million in damages, including a full payout of his four-year deal that was worth $1.2 million per year, arguing that the termination has cost him the golden years of his career.

“The termination has cost Mr Folau the best years of his rugby career, participation at the Rugby World Cup, the chance to become the greatest Wallaby tryscorer (a decades-old record he was likely to break) and the associated exposure and opportunities,” the claim reads.

“As well as around $5 million in lost salary, Mr Folau will claim in respect of the loss of these opportunities (renewal of contract, sponsorships, etc).”

“It is important to make clear that Rugby Australia and NSW Rugby did not choose to be in a position where they are forced to divert significant resources to defend the ongoing legal action taken by Israel, but his action leaves the game with no choice,” the statement read.