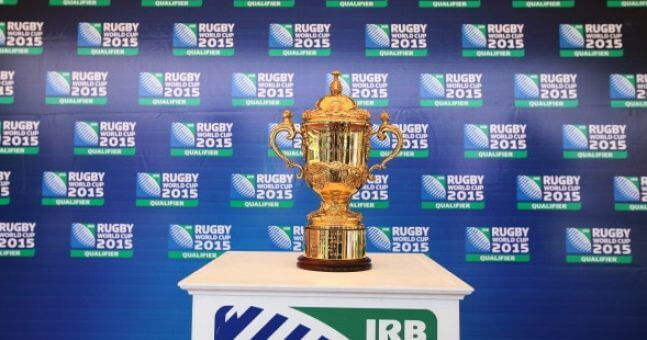 A note from the author.

Thank you to everyone for welcoming me on board last year.  I had a great time and hope you did too.
And thank you to the team at GAGR who have welcomed me back for another year!  With the Reds having not lost a game yet and a world cup to look forward to my hopes are high.
And to you, the reader, your comments, critiques and general banter have made this role so much more than I expected.

Here’s to another year of it all.

Meme of the year from el Pedro, **EDIT, it was Bobas that created this masterpiece

The new calendar has been hung, The Hottest 100 has again not featured a single song I’m familiar with, the cricket season’s starting to wrap up and teachers are enjoying their last few days of freedom before returning to the classroom, it means rugby season is edging nearer.

For us here in Green and Gold Rugby land, there’s a few other things we’re excited by.  The World Cup is now into the “months to go” countdown, Super Rugby trials are kicking off, the Sevens world series is firing up and your news writers will be gracing your computer screens on different days.

I’ve traded in my traditional Tuesday for Monday, Nathan will again be bringing up Matt Dunning’s field goal every Wednesday and you’ll have more Dylan than usual this week as he takes on all the other days as we try to settle in for another year of informative banter.

The news-writing captain (for want of a better term) Nick, has put together some BOLD predictions for the upcoming year.  In my opinion, this boy is living on a hope and a prayer, but he can certainly string a sentence together and we’d love to hear your thoughts in the comments.

In something a little closer to home, (for yours truly) Ben has pieced together this preview of the mighty Reds’ season.

After a full year of Brad BallTM at Ballymore their games will by closely watched.

Hmmm, maybe it’s QLD’s turn to live on a hope and a prayer…?

For this year, along with a keen eye on how the above prophetic statements play out, we’ll also be doing our level best to keep you across all aspects of the game played in heaven, just like we do every year.

So from all of us at GAGR*, welcome back.

*ok, it’s officially just from me, but I’m sure everyone else expresses a similar sentiment. 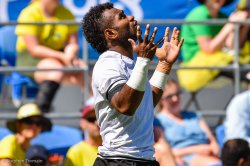 Fiji at it again

Round three of the HSBC Sevens played out over the weekend in Hamilton, New Zealand.

Only the men’s teams ran around as part of the world series but they (as seems about par for the Kiwis) also hosted a women’s tournament, the “Fast Four”.

Tournament General Manager Steve Dunbar summed it up back in August when the competition was announced, “We are excited to be hosting the first international women’s sevens tournament to be played in New Zealand and I know fans will be thrilled to have the chance to cheer on the Black Ferns Sevens at home”

“The recent World Cup showcased the incredible skill, speed and excitement of women’s sevens and fans can’t get enough. Adding a women’s tournament to our Hamilton event alongside the men’s tournament takes the HSBC New Zealand Sevens to another level.”

On the Women’s side of things, the home side crushed all and sundry, rounding it out with a comprehensive 31-0 victory in the final over France.

England proved too strong for China to take home 3rd.

In the Men’s, it was the Flying Fijians taking it out.  They overpowered USA in the final by 38 points to nil, a second win in a row for Fiji and incredibly, USA’s third second place after three tournaments this season.  It sees Fiji and USA tied on 57 points atop the overall standings.

The locals hung on for third place, thumping the Blitzbokke, 29-7.

Scotland knocked off Samoa for 5th and our boys had to settle for a share of 7th.

“Pretty gutted, particularly the way we are finishing tournaments. We are doing some good stuff on day one and then just not showing consistency.”

Round 4 is in Sydney this coming weekend with both men’s and women’s comps coming to town.

Despite the conditions, the Brumbies and Rebels did their best to entertain the hardy fans that filtered in to Viking Park.

In a nearly point a minute showdown (it was a 90-minute game), the Horsies got the pre-season bragging rights by 52 points to 38.

Both teams have welcomed exiled former Wallabies but unfortunately for Melbourne, Quade Cooper sat out after picking up a leg injury in the lead up.   Coach Dave Wessels didn’t seem too concerned saying “Quade got a bump on the knee during training towards the back end of the week and he’s just got a bit of fluid on the knee,” he said.

“He probably could have played to be honest, but I don’t want him to miss training next week.”

Another former Red turned out with James Slipper playing about half the match for his new club.

Despite his extended break from the game his work around the park please his new coach Dan McKellar.

His new coach only had a few words on Slipper’s performance, but they were all positive, “I thought he scrummaged really well and had some really good involvements around the park.”

Our resident Brumby-obsessed writer has a far more involved match review he’s kindly put together for us.

There are plethora of other trials coming up, and from experience, they’re a fun night out, so get along and lend your voice to your team.

Will a renewed focus on player safety be enforced?

Humour affords us an opportunity to bring up otherwise touchy subjects.

A fine example of this comes from Queensland’s oldest and most respected broadsheet.

If you read that, had a chuckle and then paused to think about it, this just might resonate with you.

With four French players losing their lives in recent memory, the recent retirement of former Bok Pat Lambie and just in the last week, the death of Samoan player Faiva Tagatauli, the very real dangers players face are clear to see.

In response, a crackdown on dangerous tackles will come into force for the first round of the Six Nations.

The laws shan’t change (they can’t change it in a world cup year) but it seems that the powers that be have said enough is enough.

World Rugby’s High Performance 15s Match Officials Manager Alain Rolland (his actual title) is set to address the match officials this week and the attention to illegal tackles will be high on the agenda.

How it plays out is yet to be seen, but Brumbies coach Dan McKellar will be hoping a clear line in the sand is drawn after he came out swinging, decrying the officiating around his star openside, David Pocock, who missed games last year with injuries from the illegal “neck roll” clean out.