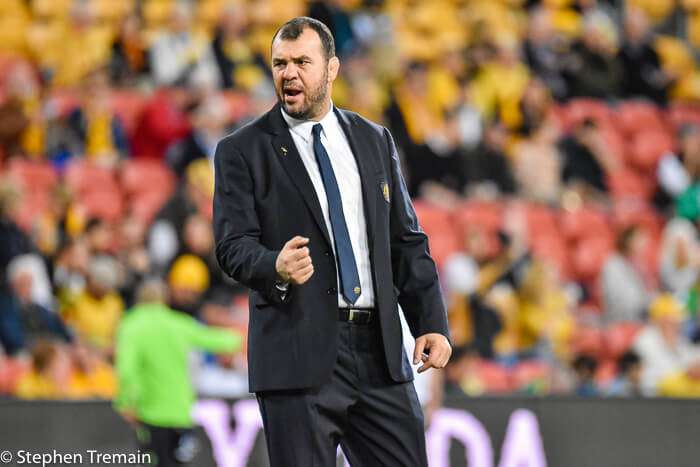 THE (UNLUCK) OF THE IRISH 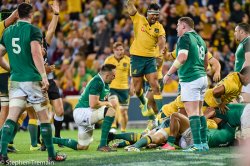 After much anticipation and hype for the first test of the Wallabies v Ireland series, we saw a gutsy Wallabies side win 18-9.

The Irish themselves had won 12 straight test matches in the lead up to the clash at Suncorp Stadium, no mean feat by the reigning 6 Nations champions.

The Wallabies came out with a clear game plan and although not everything came off, there were signs of an improving outfit, one which we could be proud of.

The aggressiveness in contact, eagerness to counter ruck when the opportunity arose, the aim to use Folau’s unique skillset and transfer the ball to space by using the width of the field were easy to see and it was the persistence that allowed the Wallabies to get on top late in the match.

The best part was the perseverance from the Australian side, with the Wallabies of the last couple of years probably folding when the Irish led 8-9 late in the second half due to a lack of fitness or the ability to close out matches.

The Daily Telegraph captured similar thoughts from the boss man Cheika who said:

“We were far from perfect but I’m really proud that our work ethic got us through because that atmosphere was electric. That big scrum against the feed was such a turning point,”

“It wasn’t perfect but I just like the character we showed and we know Ireland can go up a notch from this as well next week.”

Bring on the rest of the series!

BEST OF THE REST 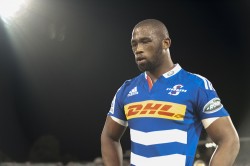 The weekend saw a plethora of international rugby, which was great for all rugby lovers but bad for those who had anything else on except pizza, beer and footy.

We start with the All Blacks, who came away with a 52-11 victory over the fighting French in Auckland on Saturday.

The French looked dangerous in the opening half but couldn’t keep up with the Kiwi’s who pilled on 44 unanswered points in the second half.

The rest of the series will be closer though, with a poor decision by referee Luke Pearce sending lock Paul Gabrillagues to the bin for a high tackle which was nowhere near the neck or shoulders. With 14 men, the New Zealanders pilled on 3 tries and once you give them a sniff, they’re gone.

Next up we have the South Africans who made it a 3rd southern hemisphere victory after a stunning come from behind victory over the English, 42-39.

Siya Kolisi celebrated becoming South Africa’s first black Test captain by leading his country to a 21 point turn around in the first half, coming in at the break ahead 29-27.

Both teams looked extremely dangerous with ball in hand and I’d say there will be a lot of work done on the defensive ends of the spectrum for the 2nd test in Bloemfontein.

The last southern hemisphere fixture saw Argentina go down 23-10 against a new look Welsh side in San Juan.

The first of a two-test series, rugby.com.au reports that the Argentinians fielded 14 starters from the Jaguares outfit that won its last 6 consecutive games, but the team failed to fire any shots in attack with just a singular late try in the second half.

Wales on the other hand, are continuing to redefine their attacking playing style under Warren Gatland and showed the strong defence that they are known for.

If Wales persist with their style and Argentina get themselves out of 1st gear, the second test should be a free flowing, entertaining fixture.

Elsewhere around the world we saw Scotland overcome Canada 48 points to 10, the USA beat Russia 62-13 and the Michael Leitch led Japan victors over the Italians 34-17. 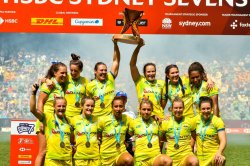 In more positive news for Australian rugby, our champion women clinched their 2nd world series sevens title in three years in Paris over the weekend.

The Australian women staged an unbeaten campaign in a tough pool to make the final against New Zealand this Monday morning but went down fighting 33 points to 7.

On their way to the final they beat Fiji, Russia and Canada to top their pool, and then had the challenge of playing Fiji a second time in the quarter-finals and a nail-biting semi-final  finish against France 21-17.

According to the Sydney Morning Herald, Emma Tonegato, Emilee Cherry and Charlotte Caslick starred in the tournament and with a four-point series lead over arch rivals the Black Ferns, it was enough to seal an overall world series win.

Injured co-captain Sharni Williams said she was proud of the side after a “rollercoaster” season that included a coaching change, Commonwealth Games disappointment and a mixed of results on the world series trail.

It’s funny though, Sharni’s ‘mixed bag’ of results is two series wins, a second place in Canada and a 3rd in Japan. Sounds like a mixed bag I’d like to take!

They played the last two tournaments without three of their biggest stars, with Williams, Alicia Quirk and Ellia Green all injured.

New Australian coach John Manenti appointment was only confirmed last week, and Williams said clarifying that helped the team fire in a series of close encounters.

“We were so excited and so happy it was Johnny. It was a bit of a relief for the girls as well, and that’s why they’ve come out and played the way they did,” she said. “It was ‘we know who our coach is, it’s time to play our footy again’.”

The squad is gearing up for the World Cup next month, and it’s hoped that the trio of Williams, Quirk and Green will all be available.

THE REBELS STRIKE BACK (RETURN OF THE FORCE) 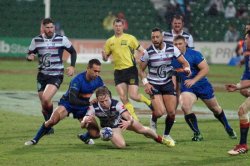 While all the noise surrounded the Wallabies on Saturday night, a crowd of 13,907 turned up to watch the Force against their Australian counterparts the Melbourne Rebels in World Series Rugby.

Despite a spirited challenge from the Force, the Rebels came away victors 28-12.

The games was pushed as a grudge match and lived up to the expectations on the field, with tempers flaring between both sides on more than one occasion.

SBS reported Dave Wessels comments on the games aggressiveness, saying “I could have put my money on Tess being the first to get stuck in,” said with a laugh after the match.

“It’s a contact sport. That’s the point of the game. There would be something wrong with us if we didn’t have a bit of feeling in it both ways.”

The Rebels outfit was basically their full-strength line-up minus their test stars and gave players like Tayler Adams and Henry Hutchinson the opportunity to start they have been waiting all season for. Adams himself scored 13 of the 28 points and looked like a season professional at flyhalf, something the Rebels could use in the second half of the Super season.

Force coach Tim Sampson represented his players well and expressed his belief that they have the quality, but just didn’t execute at the level required on the night.

“I think it was evident tonight that we’ve got a pretty resilient bunch of players there that are more than capable of playing a high standard of rugby,” Sampson said.

The Force have no time to sit back with their next World Series Rugby match on Friday June 22, kicking off at 6:30pm local, 8:30pm AEST.

Force down to Rebels in 1st WSR loss
Rugby Report Card 59 – How Good Is International Rugby!