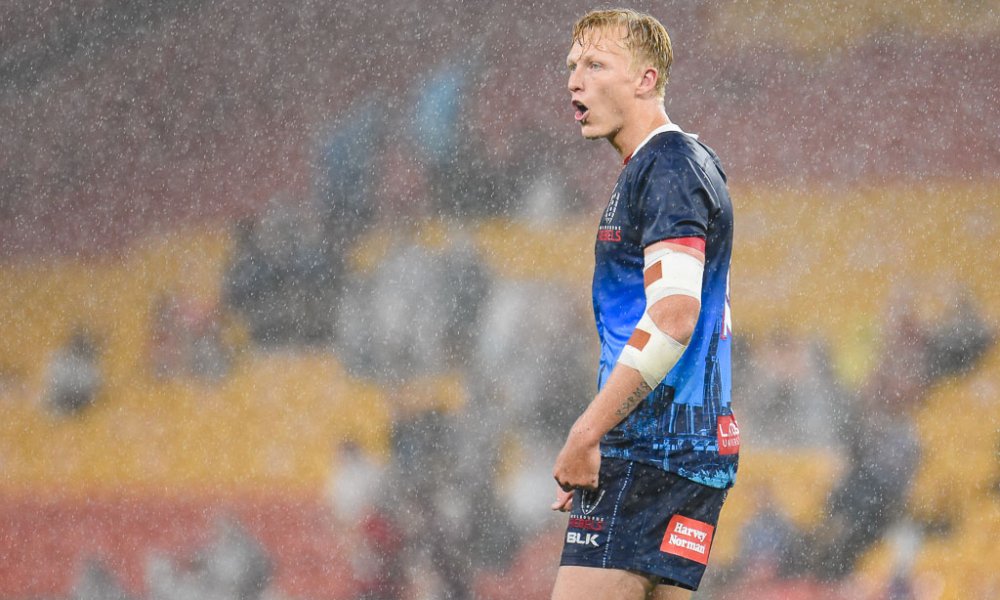 Welcome, G&GRs, to this week’s Monday News. What an entertaining finish to the Super Rugby Pacific Round Robins! Up until the final few minutes places in the finals were still up for grabs. The weekend saw some upsets and some bloody great rugby. As a famous Roman general once exclaimed, “are you not entertained?”. We’ll catch up on the Sevens in London, a review of finals rugby around the world and the referee announcement for the Women’s RWC in October/November.

Well, safe to say there were a few results that didn’t quite go as expected. That most of the games were not only competitive, but came down to the absolute wire, demonstrates that, long term, there is considerable viability of the competition as a whole. Indeed, I think that the real Kiwi fans would appreciate that they certainly haven’t had it their own way which, ironically, is what they wished for!

Crusaders 28 – Reds 15 – Probably the only match that really went according to any pre-written script. The Reds simply couldn’t stick with the Crusaders who themselves are still not 100% themselves either. A rematch awaits this weekend in Chch.

Drua 34 – Chiefs 35 – What an incredible game of rugby union football this was. Down 35-13 with approximately 15 minutes on the clock, the Drua scored one of the best tries you’ll ever see. Among this was the challenge of playing in the tropical conditions and in front of 15,000 fanatical Fijian fans… well, I think this had to be one of the matches of the season!

Moana Pasifika 32 – Brumbies 22 – Well, the Ponies really shit the bed here. They’re now on a three game losing streak and risk being bundled out next week if this form continues. All credit to Moana Pasifika though, as they demonstrated a cohesion that had been lacking. They shook the weariness of three matches in a fortnight off and really stuck it to the Brums. Definitely an unexpected (albeit welcome from a whole competition) outcome… the Tarts now enjoy a trip to NZ rather than down the Hume.

Waratahs 17 – Blues 20 – Another bloody cracking game here. Irrespective of the side the Blues (wearing mostly white) put out against the Tarts (in blue…), they still had a job to do. Gee whiz it was a nail-biter. I honestly wonder how many more lives the Blues have. In order to win the comp from here, they’ll have to go 16 from 16. Have they now used their ‘get out of jail free’ card twice now? Credit to the Tarts for giving the Leichhardt crowd a game. I reckon stuff going back to the SFS – stay there!

Force 27 – Hurricanes 22 – Yet another somewhat unexpected result in a game that finished a tad before midnight on Saturday. In a fitting farewell to a number of Super Rugby greats and their coach, the Force really got themselves together to dent the Canes’ sails. The task doesn’t get easier for the Canes as they have a rematch against a fuming and embarrassed Brumbies team in Canberra this Saturday.

Rebels 31 – Highlanders 30 – The Force dared to dream of a miracle win from the Rebels, and with about 20 to go it was looking likely. Alas, I foolishly sent an email to my fellow G&GR writers and, of course, the Rebs choked and let in a try almost immediately. Whoopsie. Alas, a win is a win, though I’d have personally liked the Rebs to throw caution to the wind in trying to get the Force over the line…. and to stuff a Kiwi side! Instead, the Highlanders get the ‘privilege’ of facing the Blues in Auckland… yikes!

Moana Pasifika – Got royally screwed in their first season courtesy of the spicy cough. An almost impossible series of matches and rematches pretty much ended their season before it began. An encouraging win against the Ponies showed that this team has the talent to win. A good off-season and maybe some extra recruits (now that they’ve shown they can be competitive) and I daresay we’ll see a side causing some headaches to others.

Fijian Drua – Similarly to Moana, this was a team that came together in the dying stages of 2021 and barely played any matches together before being pitted against some of the best teams in world rugby. A heartening win against the Rebels early in the season, as well as some incredible moments with some rugby that only Fijians could pull off, clouded the work they have to do in off-season. In particular, they have to get their scrums and lineouts functioning at a Super Rugby level. The irony of finally getting players playing domestically is that they may well lose more potential stars overseas teams offering up big dosh.

Rebels – Most of the season, they looked like they had no idea what they were doing or why they were doing it. While I’m sure the players were trying hard, they had zero direction. I was dismayed to hear that coach Foote has signed on for two more seasons – a ridiculous decision really. Honestly, with the cattle they have now I see the Rebels propping up the table for quite some time. Simply, they are unfit, entitled and poorly coached. On the bright side, Tuttle and Gordon looked bloody good and some of their outside backs are classy. I’ve already said my two cents about the Rebels as an organisation relating to community rugby, too.

Force – their goose was cooked when the news broke that Tim Sampson was out of a job. All of a sudden, their season went to shit and they struggled to get away from the media speculation. Some key injuries really tested their depth, as did a bout of spicy couch within the team. They have some promising youngsters who will have to rapidly fill the departing boots of Thrush, Kahui, Holmes, among others.

The Wild Knights prevailed 18-12 over Suntory Sungoliath in sweltering conditions at Japan’s National Stadium in Tokyo on Sunday. The win was the former Wallabies coach Robbie Deans’s fifth title with the Wild Knights, matching the five from his time in charge of the Crusaders in Super Rugby.

The French team from La Rochelle beat the Ireland National Team Province of Leinster in a pulsating clash in Marseilles.

Ronan O’Gara conjured up a coaching masterclass to inspire La Rochelle to a last-gasp 24-21 Heineken Champions Cup final victory over four-time champions, Leinster, at Stade Velodrome in Marseille. Despite being huge underdogs coming into the match, La Rochelle snatched victory at the death when replacement scrum-half Arthur Retiere squirmed his way over from a ruck on the Leinster line to put his side ahead with seconds left on the clock. A clutch conversion from Ihaia West ensured that the French side would be the 13th team crowned champions.

All in all, O’Gara got one back on the province that denied him many trophies while he was still playing. Bittersweet? I think not!

Follow along with all the action in London here

Australia lost the opening match of the London Sevens to the Kiwis. They then won against Canada and France. They will face the DDFs in the Cup Quarter Final at 2020 Sunday night. Stay tuned!

I’m delighted to announce that Amber McLachlan of the VRRA has been appointed as a part of a nine-woman referee team to officiate at the Women’s Rugby World Cup in NZ in October/November 2022. Tyler Miller has been selected as an Assistant Referee. A total of 15 out of 18 referees selected are female (three male TMOs), which demonstrates both the hard work of the referees selected as well as a testament to the programmes being put in place for female match officials around the world.

Congratulations to the match officials selected. A list can be found here