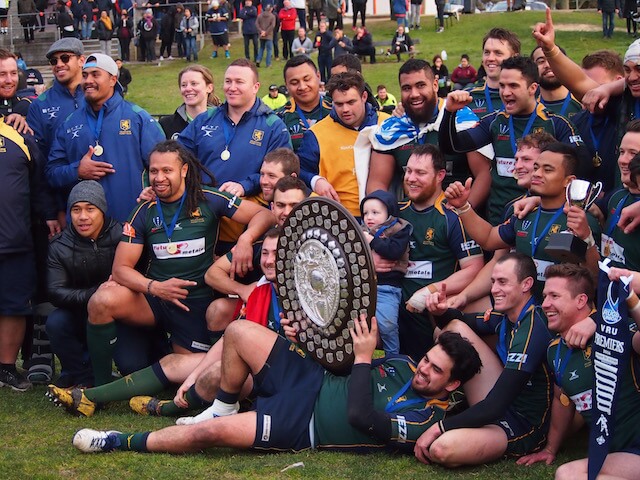 Harlequins fall just short of a fourth premiership in a row, and hand the Dewar Shield to the Unicorns.

In a top game of rugby at RHL Sparks Reserve, Melbourne defeated Harlequins by a single point to claim their 18th premier grade title. The two teams dominated the season finishing first and second. Both teams lost only one game each and drew their second match in the regular season.

Quins defeated the Unicorns in the major semi-final forcing them to play Box Hill in the preliminary final, but the week rest enjoyed by the three-time reigning champions did not show on the pitch.

The game was a tight contest; Harlequin played with more determination in the first half, and Melbourne dominated the second stanza and kept their opponents scoreless. The result was in doubt up to the last second due to a late surge from Quins, but in the end, the best team on the day won.

In a perfect day to play Rugby, the game started with points to Melbourne. Deina Morete taking the easy points from a penalty in front of the posts after 5 minutes of play.

Harlequins responded straight away scoring a try by Oliva Sialau. A good linebreak help set up the Try in the corner. Ryan Oliver missed the conversion, leaving the score at a 5-3 to Harlequins.

Another penalty from Harlequins gave the Unicorns the option to go again on the scoreboard. Melbourne was again opting for the easy points instead of going for the Try, a decision that proved savvy in the end. Morete again on target with the boot. Scores 6 – 5 to Melbourne.

The reigning champions put the foot on the accelerator and started gaining solid meters into the Unicorns territory. The pressure led to two Harlequin Tries; Murray Douglas scored a team Try after a big push, and centre Eli Vole a try in open play. Ryan Oliver was able to convert both majors for a 13 points lead that the Quins took into the break.

The half-time address from Melbourne’s coach Tumai Edwards must have been inspiring, as Melbourne came out firing in the second half.

Melbourne dominated possession and territory early on and pushed the Quins into their 22 meters.  The champions defence was brave, but with the loss of Murray Douglas to injury, together with the absence of Angus Hamilton, the cracks start to show.

Best on ground Mick Snowden was hit hard and start bleeding from his nose but kept going and went under the posts to score the first try for his team.

Best on ground Mick Snowden took a heavy knock, blood running freely from his nose.  Despite this, he scored a nice Try under the posts.  VaeVae converted it and reduced the margin between the two team to only six points.

With the time running out the Unicorns threw the proverbial kitchen sink at the Harlequins.  With their driving maul pushing closer to the line, reserve Hooker Paolo Ragazzi, who also played the full Grade 2 final, scored the deciding try with minutes to play. 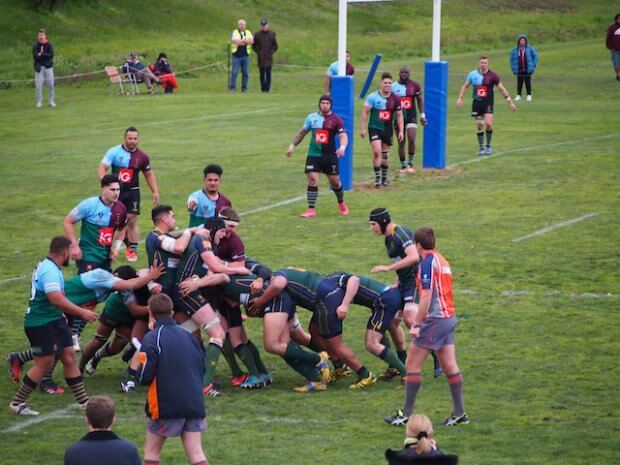 Faced with the loss, Harlequin tried to push back into Melbourne’s territory, but could not score.

The grand final was a game to remember, played with a lot of courage and determination from both teams, in the end, the Unicorns deserved the win, but the Harlequin came down fighting like real champions. The bench was a factor, and it gave Melbourne the required edge. 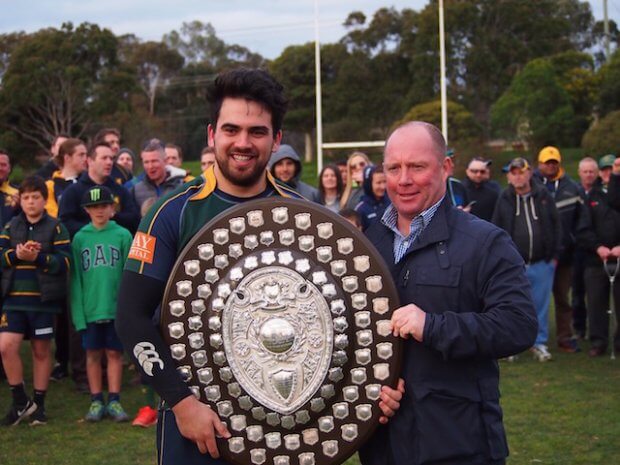 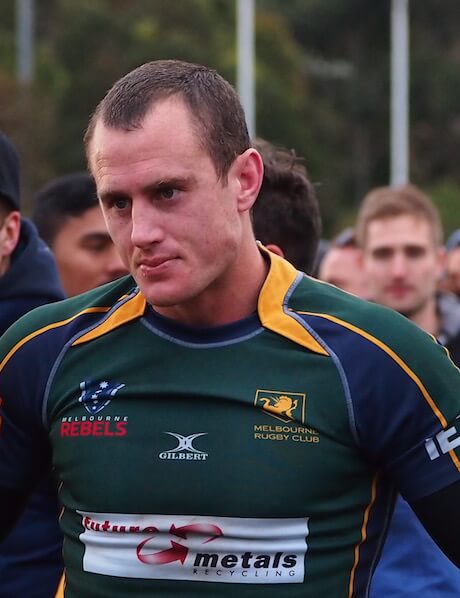 All finals were played the same day, in a traditional rugby fest.

Harlequin downed Melbourne in the 2nd grade with a kick after the siren to claim their only title of the day. in

Melbourne defeated Endeavour Hills in the third grade final with a 49-14 win.

The Unicorns were also victorious in the 4th grade final.  In another close game against Power House, they won 26 – 20.

The Div 2A final was a good contest between Kiwi-Hawthorn and Eltham.  Kiwi won the match, 25 to 13.

In the Division 2B Ballarat tipped favourite Melton 18 -13.

Colt’s title went to Moorabbin in another thriller, 29-25 the final score against Harlequin.

And finally, in the Masters final, Power House defeated Melbourne Uni by a single unconverted try.