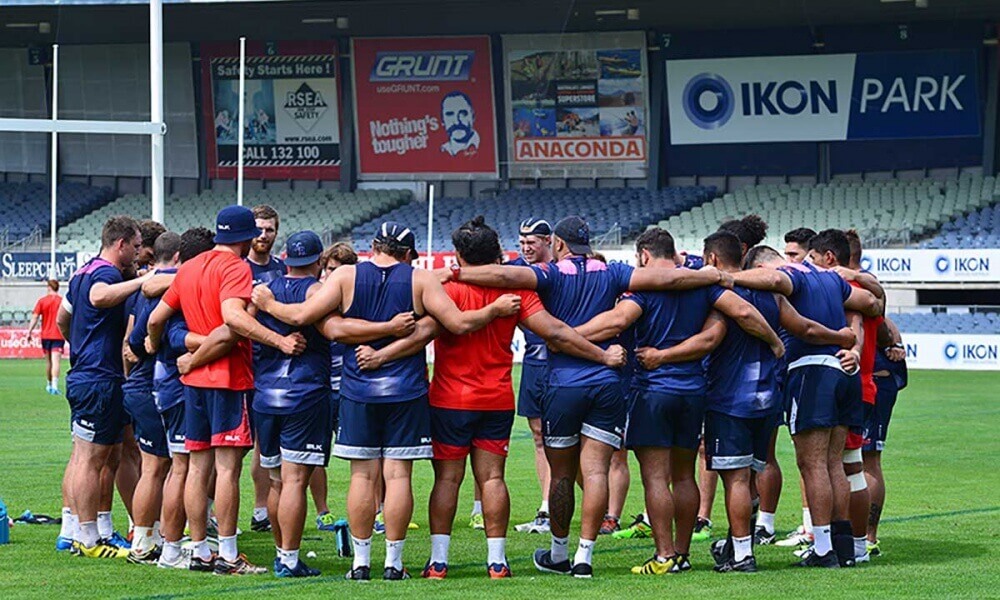 The Melbourne Rebels invited their 2016 Members to watch an open training session, meet the players and hear from Coach Tony McGahan.

The session was held at IKON Park.  The ground has an interesting history; it has been formally known as Visy Park, MC Labour Park, Optus Oval and, Princes Park.  Ikon Park is AFL club Carlton’s ground and training base for the Rebels. It is a medium sized stadium with a capacity of around 27,000.

In the past the ground has hosted an Ashes test match, a couple of NRL games and an Opera.   The last AFL match to be played at IKON Park was in 2005.  It’s a shame that the stands have been let run down over the years, however the playing surface still looks exceptional.

Most of the players participated in the 75 minute session, although a few notable exceptions watched from the sidelines. This included Sean McMahon, Lopeti Timani, Sione Tuipulotu and Pat Leafa.

Practice included work on the tackle bags, running some plays – mostly second and third phase plays and, some pretty spirited scrum training for the front rowers. The Scrum training was great to watch; six Scrums in six minutes.  The probable first choice front row of Smith, Chibba and Weeks look formidable, overpowering every combination that Zane Hilton put up against them. 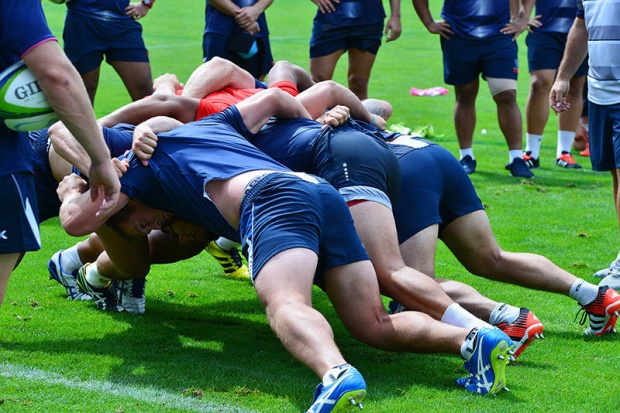 I was disappointed not to see Jamie Hagan get a work out; it appears that he is another member of Team Rehab. The Irish international is a big looking unit and clearly has the best beard in a beardy forward pack.

Hookers, Siliva and Pat  spent quite a bit of time working on their throwing to the line out.  Vic the Rebel managed to high-five every kid in the crowd at least once.  Good job, Vic the Rebel! 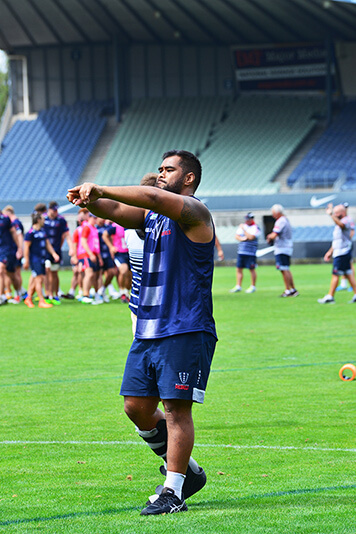 After training, Scott Fuglistaller addressed the fans first. He mentioned how hard the players had been training throughout the preseason and introduced some of the new players. In particular he singled out “the lesser known Retallick, Culum” (that got a good laugh from the players) and Jamie Hagan. The two Melbourne boys, Rob Leota and Sione Tuipulotu also received a special mention. 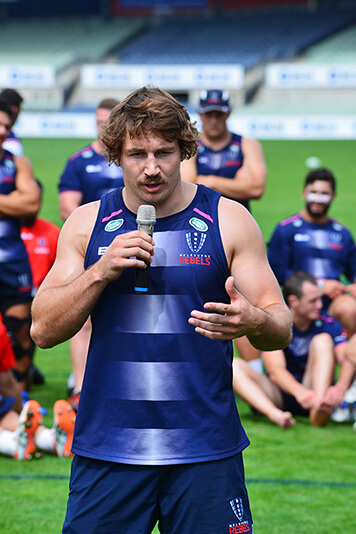 Tony McGahan did his best to manage supporter expectations for the 2016 season.   He noted that there are nine teams above us that won’t drop their standards and there are teams below us that want to pass us. He also spoke about the new teams entering Super Rugby this year and gave a brief outline of the training schedule, including the trial matches, for the duration of preseason. 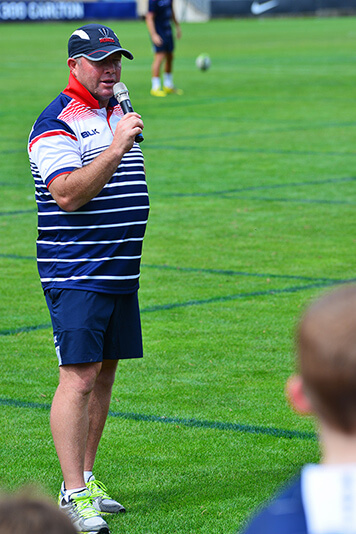 The players then came up to meet the fans, sign some autographs and pose for photos.  All in all, it was a well run and enjoyable opportunity for the fans to get up close and personal with the players. Hopefully the open training session will become an annual event.