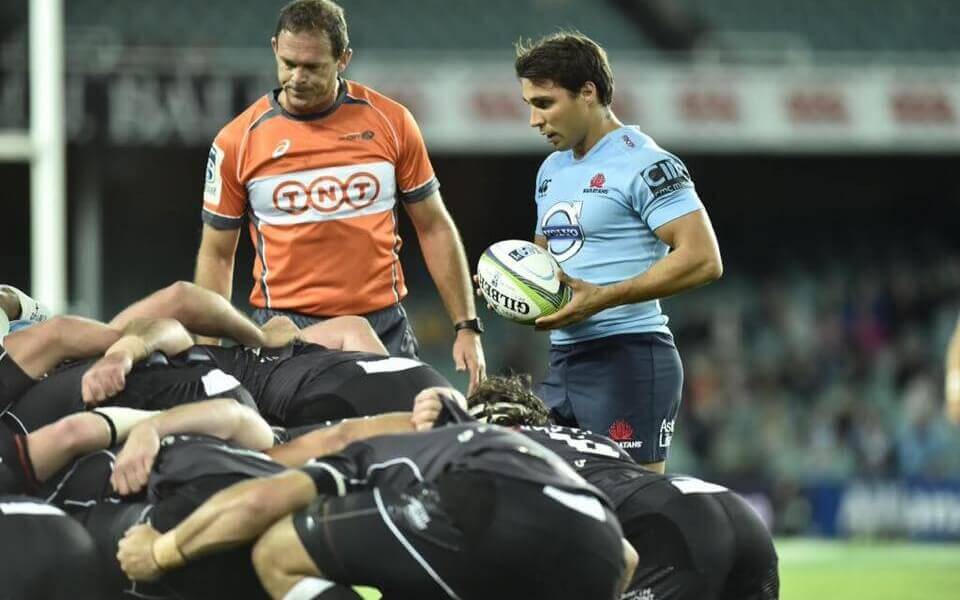 The Waratahs will run out for the second ever professional game at the brand new BankWest stadium at Parramatta as they face the Sharks in the first match of their Australasian tour.

The Tahs bounced back after a couple of disappointing losses to defeat the Rebels at the SCG last week. It was a scrappy encounter, but NSW did just enough to claw back a 17-point halftime deficit and effectively keep their hopes of topping the Aussie conference alive. They remain 4 points behind the Rebels, but with the men from Melbourne having the bye this week a bonus point win would see the Tahs end the weekend on top of the Aussie conference. They will know there is no room for error with wins to both the Reds and the Brumbies in South Africa last weekend seeing both sides breathing down their neck, sitting 1 and 2 points adrift respectively.

The Sharks were left rueing missed opportunities against the Reds at Kings Park last Friday. They were perhaps guilty of taking their Queensland opposition lightly and turned down four penalty goal opportunities in the first half instead backing their lineout and rolling maul. They ultimately went down 21-14 and slipped to 3rd in the African conference, with matches against the Crusaders and the Chiefs in NZ to follow they will be desperate to get their tour off to a winning start in the Harbour city.

The big news out of the Waratahs camp is the return of Tolu Latu from his six-game suspension. Coach Daryl Gibson and forward Jed Holloway spoke to the media midweek stating Latu had been training the house down during his time off with Gibson going as far to say it was the fittest Latu has been in over three years. The extra physicality Latu brings will be a welcome boost for a Waratahs forward pack that continues to prove doubters wrong in 2019 but whether Latu has addressed his disciplinary issues remains to be seen. The only other change sees Curtis Rona named on the left wing, with the impressive Alex Newsome dropping back to the bench. 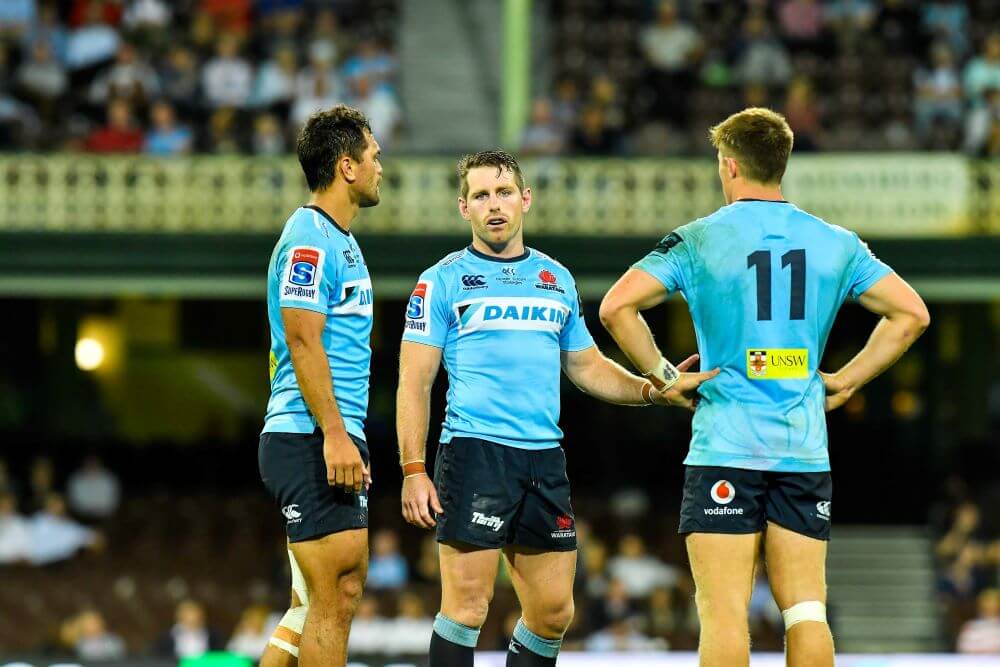 It would have been an interesting couple of days in the Du Preez household with Sharks coach Robert Du Preez dropping one of his sons (also called Robert) from the starting XV with Curwin Bosch preferred at flyhalf. He did however promote another son Jean Luc De Preez for his first start of the season at number 7 joining his twin brother, Daniel Du Preez in a sizable back row.  The other significant change is this the return of Tendai “The Beast” Mtawarira who will captain the side from the front row, while elusive Springbok Winger Makozle Mapimpi returns outside Lukanyo Am.

Despite averaging more than five tackles more than anyone else in 2019, Micheal Hooper’s form for the Waratahs seems to have flown under the radar somewhat. He has been outstanding for the Waratahs and appears to be playing a lot tighter than in previous seasons. Jean -Luc Du Preez starts his first game of the season after recovering from a groin injury he suffered playing for the Sale Sharks in January. Coach/Dad Robert Du Preez has welcomed back with open arms with his physicality and line-out ability sorely missed by the Sharks this season.

Two veterans meet up front, with Sekope Kepu and The Beast boasting over 250 Super Rugby caps between them. After an error riddled start to the year, Kepu has been solid the last couple of weeks with the Tahs front row holding their own at scrum time. With Harry Johnson Holmes impressing in his first year as a starter and Wallaby Tom Roberston due back in two weeks’ time, expect Kepu to get a number of rest weeks leading into finals and the international season. After being given last week off Mtawarira will be keen to continue his 2019 form in his bid to return to the World Cup in September. 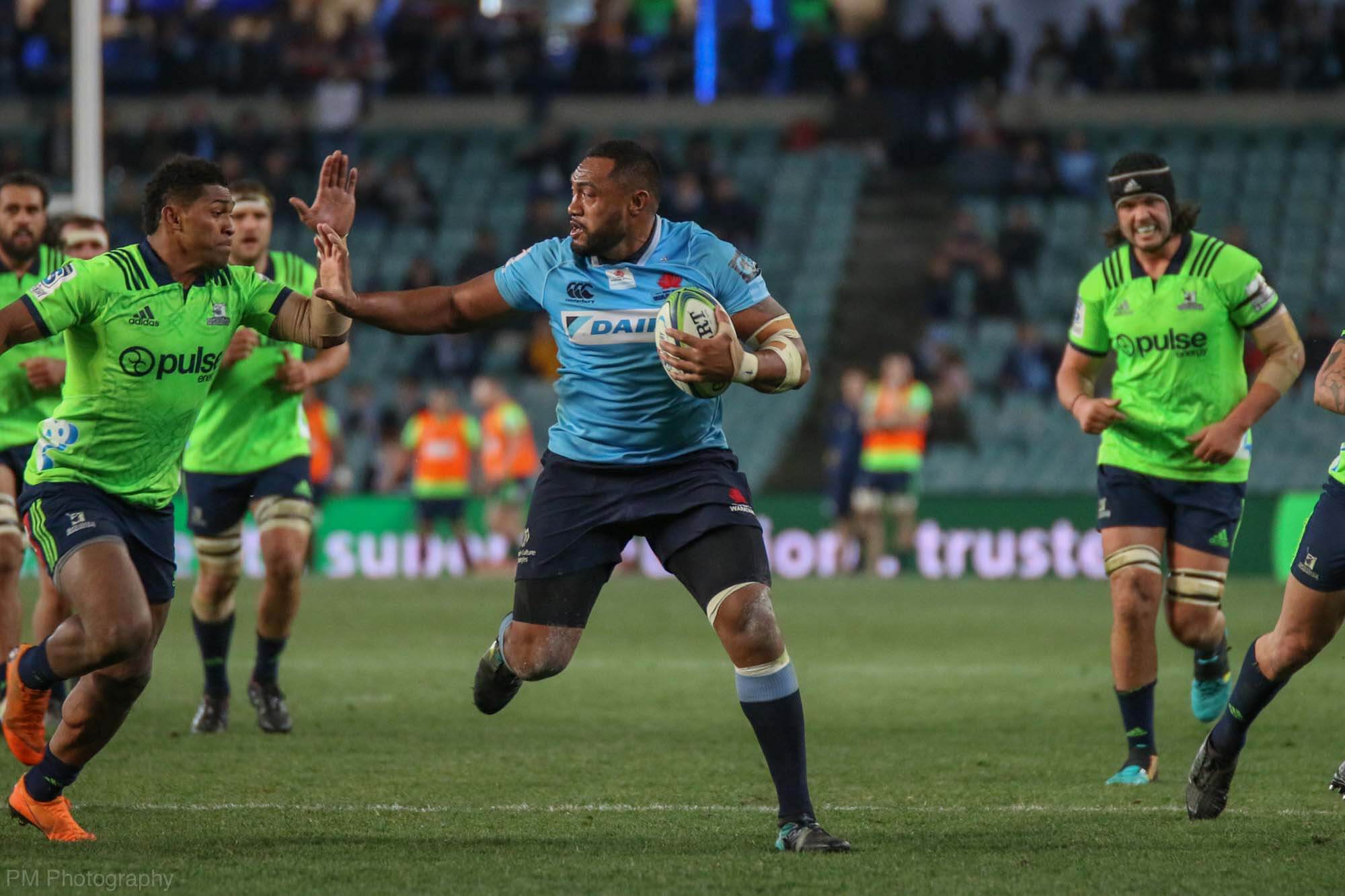 Kepu gets the fend going.

With a big crowd expected to roll into the Waratahs new temporary home at Bankwest stadium anticipate the New South Welshmen to come out firing in their last home game before heading to Africa. After the lacklustre display the Sharks dished up against the Reds a home last week I suspect the Waratahs will have too much firepower and experience for the Sharks to handle in Parramatta.