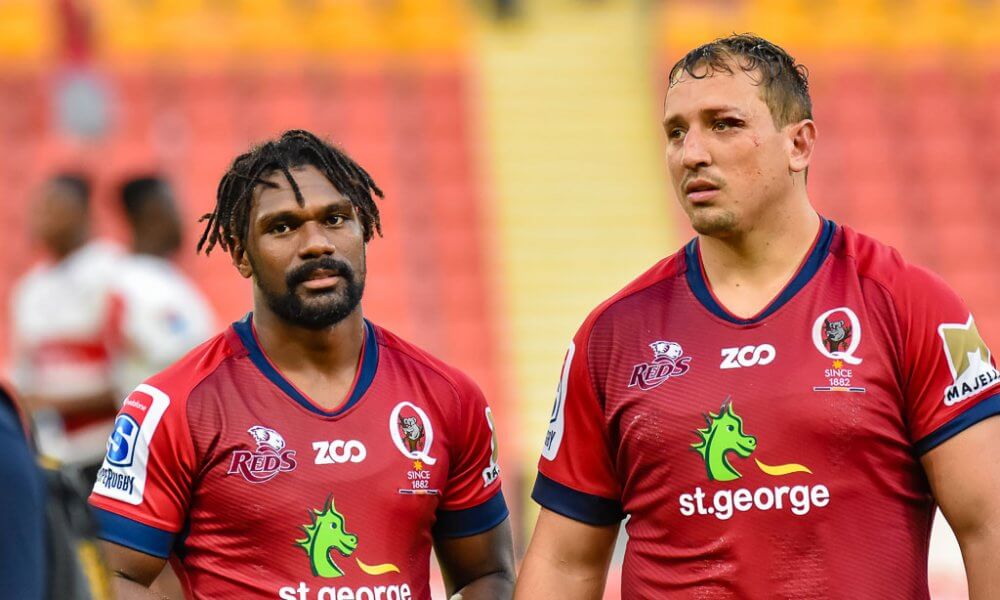 If you follow social media then it sure looked like the Reds blast enjoyed their time in Tokyo last week. Acknowledging you don’t see the team training sessions on these Instagram stories etc, but coming off the bye it seems as though the players soaked up the fun in one of the world’s great cities.

The fun stopped abruptly come Saturday afternoon when their match against the Sunwolves commenced.  Coach Brad Thorn suggested he knew early on that the team was off kilter and you don’t need the experience of any of his mentors, Wayne Bennet or Robbie Deans, to have picked up the same.  Despite ‘being in it’ for a while, thanks to two driving maul tries, the Reds were terrible as much as the Sunwolves were terrific.

So it’s fair to suggest this would have been a tough week for the team. I mean it’s never great to lose, let alone to have 60 points put on you, let alone by a previously winless team let alone one that had struggled to score points in their most recent encounters.  I’m guessing the team don’t read the papers, let alone the GAGR forum, but if they did they would have been treated to an outpouring of anger and frustration.

I would suggest, however, that there is little doubt that avoided feeling the anger and frustration of coach Thorn this week at training however. While he has an at times habit of smirking through post-loss press conferences, given his reputation I’d imagine he wouldn’t have been smirking in the Monday morning team review.

To cap off what must have been a tough week of training the team is rewarded with a flight to Wellington where they must face the high-flying Hurricanes in conditions that look pretty damn yuk.

The Reds’ form is too hard to read. Beating the Lions one week and then next game crashing to the Sunwolves. Who the hell knows which team will turn up this weekend? Well I guess we have a fair idea of one of the teams – the Hurricanes. Opta Stats tells us the Hurricanes have won 19 of their last 20 games at home, including their last seven in a row.  They actually haven’t lost to an Aussie team at home for about three years. They’ve also won 13 of their last 15 games against the Reds including their last four in a row. 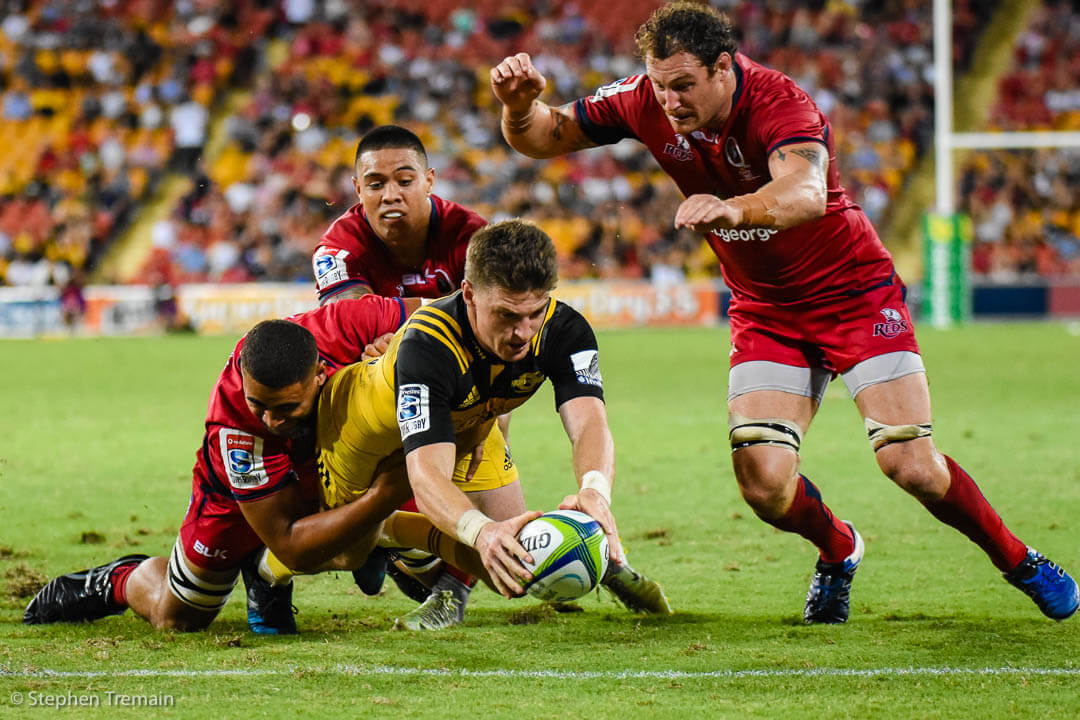 It’s hard not to acknowledge Jamie Miller’s ‘Failing Up’ article of earlier this week when we see the lack of changes to this Reds team.  The backline remains intact, except for the omission of Chris Feauai-Sautia through injury. Likewise the pack remains basically the same except for the return of Scott Higginbotham after a half of club rugby last week and JP Smith given James Slipper a rest. Andrew Ready makes a rare return to the match day squad with a spot on the bench.

The Hurricanes also welcome back their skipper with TJ Perenara returning to the starting side after returning from the bench last week. Jordie Barret is also back in the starting line-up while the exciting Peter Umaga-Jensen will make his debut in the centres. It’s a handy bench when it can feature ‘future-Pom’ Brad Shields and the ‘Bus’ Julian Savea.

With Perenara’s return to the Canes outfit the home team boast arguably the most dangerous attacking halves combo in Super Rugby if not provincial competitions world-wide. That may in some way explain why Thorn has opted to stick with his experienced heads, Jono Lance and Ben Lucas. Neither of the “L’s” were at their best last weekend with Lucas pulled at half time, perhaps through injury or perhaps as a result of his below-par clearance work.  Meanwhile Lance was unable to stimulate his backline attack despite opportunities to keep his team in touch with the Sunwolves. Both Lance and Lucas, however, have strong defensive games and perhaps this was enough to keep them in the starting team. It does potentially expose Hamish Stewart, who struggled positionally at fullback last weekend, against one of the better attacking kicking exponents in the game.

This one shouldn’t really decide the game and it’s actually likely that they won’t directly match-up, but in the spirit of finding opposite positions to keep an eye out, then why not Nehe Milner-Skudder and Filipo Dugunu. You can bet NMS will be afforded a whole heap more ball, and better ball at that, and will prove a danger every moment (if he can remain unharmed). Meanwhile Daugunu will need to work hard for his opportunities and will find it hard enough to contain Ben Lam, who is absolutely el fuego at the moment. 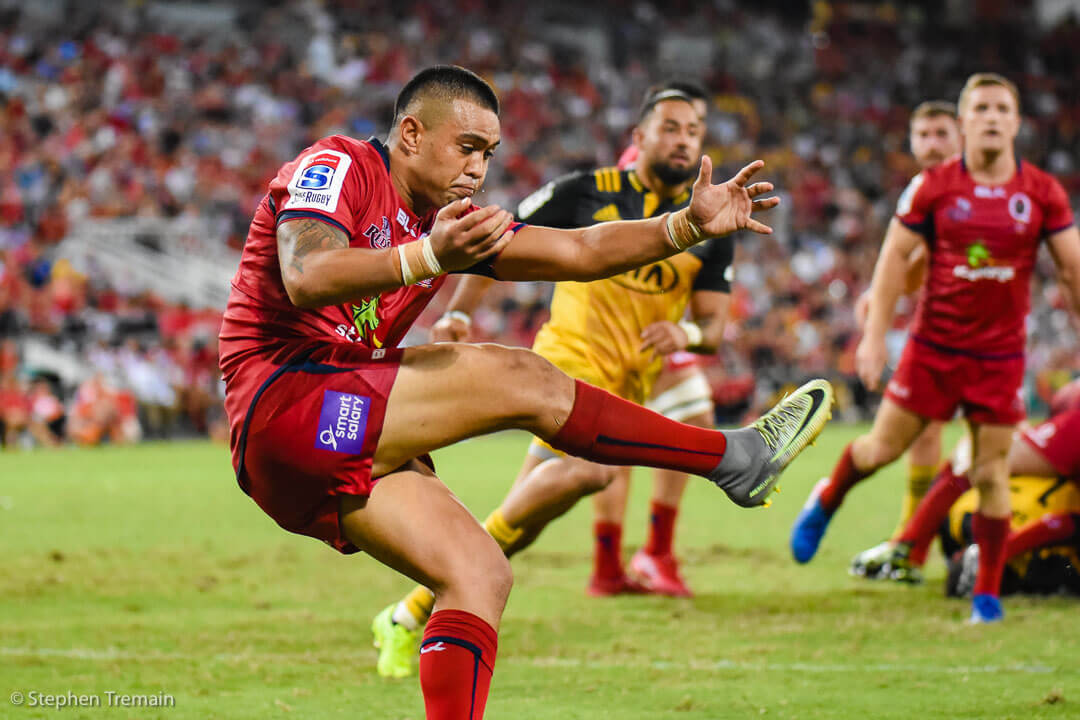 Duncan Paia’aua has returned to the starting side

Acknowledging the only other Match Preview I have done this season was the Lions game where I said the Lions would win easily, I expect the Hurricanes to win easily…..so….over to you Reds….