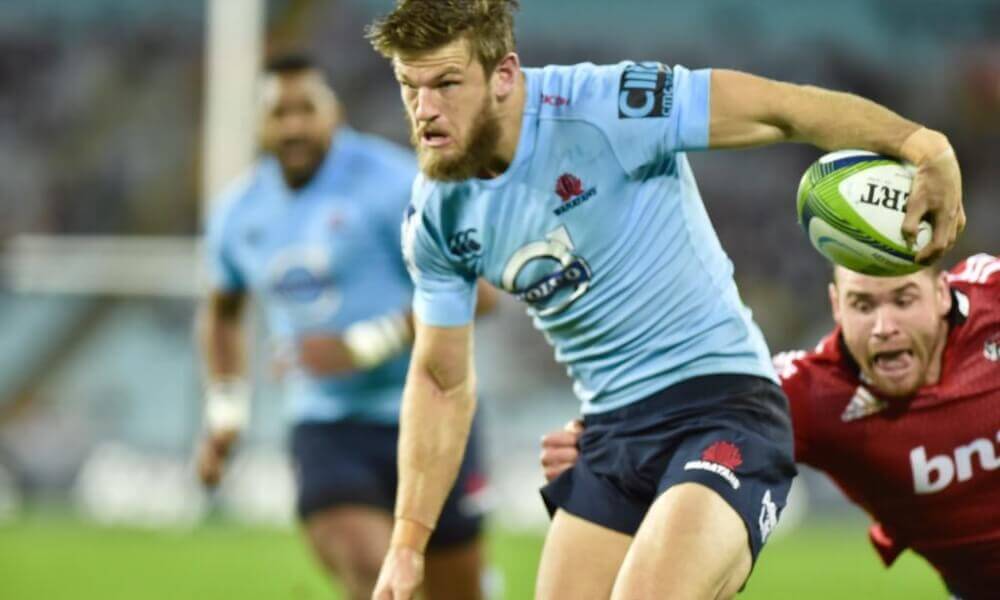 The Waratahs tour of South Africa began in disappointing fashion with a 27 to 22 defeat to the Lions on Saturday night.

The Lions began the game with a clear edge in their enthusiasm and physicality. A turnover followed by a
breakout down the left hand side provided the field position which eventually yielded the first try. It was apparent from the first instance that the Lions were willing to chance their arm and would really take some beating.

A penalty goal from their first foray into the Lions 22 kept the Waratahs in touch. When Stephen Hoiles was given the all clear from the TMO after diving over from close range, the Waratahs took the lead 10-7.

Every scrum saw immense pressure being put on the Waratahs pack. Somehow they managed to win their own ball despite going backwards in most scrums. Credit should be given to the Tahs pack and some favourable scrum feeds from Nick Phipps as no one would have expected their scrum to hold out so well as the match wore on after being under constant pressure every time.

The flow of the match changed irrevocably  two-thirds of the way through the first half, when Rob Horne incurred the wrath of referee Jaco Peyper and the TMO for a lifting tackle on Lionel Mapoe after he’d passed the ball. Horne was shown a yellow card and life got tough for the Waratahs. A Lions penalty goal was quickly followed by Ruan Combrinck’s second try and the Lions took a 17-10 lead into halftime.

Something must have been wrong with the half time oranges because the start of the second half was a disaster for the Waratahs. An early penalty goal and the lead was out to double figures before the Waratahs again kept the TMO in business with a late shot from Jacques Potgieter the subject of a review. His late tackle was compounded by pulling out of the tackle and instead hitting the player with his shoulder. A yellow card and a second stint with 14 players ensued for the Waratahs. When Harold Vorster scored the Lions’ third try it looked like game over for the Waratahs.

A try to Adam Ashley-Cooper whilst down a man was quickly followed up by another to Rob Horne who scored in the corner to help make amends for his first half indiscretion. After Bernard Foley converted the second one the margin was cut to five and it was now anyone’s game with more than 20 minutes to go.

Whilst they had a few ventures into the Lions’ red zone, the Waratahs made too many errors in the final quarter the match to really threaten to win it. Some uncharacteristic errors from Israel Folau put the Tahs under some extra pressure at a time when they wanted to be at the other end of the field. It was only a sudden drop off in the boot of Elton Jantjies that kept the Waratahs within a score until the final whistle.

The Waratahs haven’t won their opening match in South Africa since 2009 and they’ll be regretting the missed opportunity last night. Their discipline has been borderline for the last few weeks and last night it was their Achilles heel. Against a tough Lions team, they couldn’t afford to give away that sort of advantage.

Rob Horne was yellow carded in the 27th minute for a lifting tackle on Lionel Mapoe. The 10 minute period resulted in 10 points to the Lions and the Waratahs were chasing the game from that point on.

The G&GR man of the match was unquestionably Jaco Kriel. He had a brilliant game in all facets making 18 tackles without a miss and over 80 metres with ball in hand. He was pivotal in several maul turnovers from holding Waratahs players up in the tackle.

For the Waratahs, Adam Ashley-Cooper and Kurtley Beale were the most impressive.

Dave Dennis played with a lot of commitment and physicality. He certainly remains in contention for those last lock and backrower spots in the test squad. Benn Robinson produced another solid game and Kurtley Beale had has best game in a while. All these players will have to finish their season strongly if they want to convince Michael Cheika they deserve to be there when the colour of the jerseys is gold later in the year.

Re-Cooper-ated Reds topple the Force!
CAS Round 5 – A thriller at Waverley