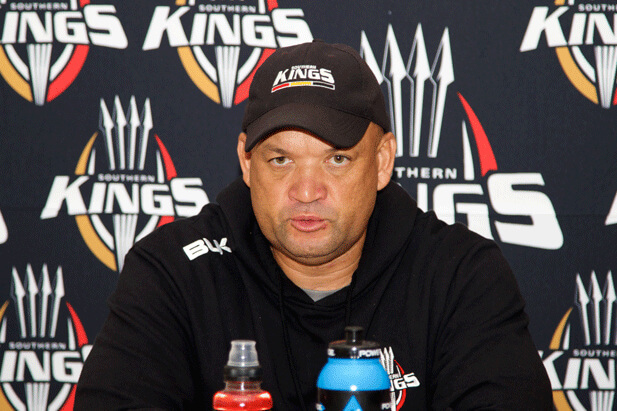 The Southern Kings boast an improved preparation and more balanced squad this year. There is a long way to go.

Home base is in in Port Elizabeth in Eastern Cape Province. If Cape Town is on the western part of the Cape, the Atlantic side, Port Elizabeth on the eastern part, the Indian Ocean side. The Kings’ HQ is about the same distance away from the HQs of the Stormers (Cape Town), Cheetahs (Bloemfontein) and Sharks (Durban).

The province is large and features many former “home nations”. It’s possibly the poorest province in South Africa – there are few obvious inherent commercial strengths to the location for a professional sporting club here. One is Nelson Mandela Bay Stadium which was built for the 2010 FIFA World Cup. The Republic of South Africa Ministry of Sport has pressured for a super rugby franchise to be based here since was being built in 2009.

SARU Chief Executive, Jurie Roux, boasted prior to the start of the 2016 season that the Southern Kings were “a competent squad… [where] the Strategic Transformation Plan is four years ahead of schedule. With respect to SARU, who are operating in a challenging political environment, but the word “competent” is seen rarely when discussing the Southern Kings 2016 season.

It’s also hard to avoid the implication that “transformation” really does simply mean a racial quota. The EPRU (Eastern Province Rugby Union) has been allowed to face the liquidator. Any foundation work must surely have been hampered by the absence of an amateur organisation assisting at the grass roots. The EPR Academy, which was funded through lottery money, now run out, will not be further funded by SARU.

For now the Southern Kings are a professional rugby franchise sitting outside of the usual Provincial Rugby arrangements in South Africa.

Deon Davids has a good CV for a long-term coach in South Africa – Starting back in 2002. He has been working through various pathways including time spent at national level with the emerging Boks and under 20s. Davids has contributed across the Currie Cup competition at various times at Boland, Golden Lions and SWD Eagles.

It’s the sort of coaching pathway – when it comes with stability – that has created international quality. Davids is no doubt a competent coach, even at Super Rugby level.

Unfortunately South African rugby is not always stable. Davids commenced 2016 behind the eight-ball. The squad was late. The player contracts were late. Academy arrangements (training facilities) were rushed into place via the SARU “mobi unit” (mobile academy that visits remote areas).

Things may be more settled in 2017 but they are a long way from normalised. Deon comments:

“In the best circumstances, we would have liked to have had some continuity – building from the Currie Cup into Super Rugby – but unfortunately we work under different situations.”

“We were fortunate this time that we were able to start a bit earlier. Unfortunately, we did start a bit late with some of the contracting because of certain circumstances, but we are much ahead in comparison with were we were last year. We have had two wonderful months of pre-season.”

All up there is an incredible 35 rugby players listed as moving on and 31 rugby players listed as joining. A fair few of changes are more-or-less “like for like” as the deck of cards of local talent is shuffled. Nine of the new recruits have either some level of Super Rugby or other experience which will help build a nascent core to the team.

The changes may be so extensive that 2016 may not prove much of a platform for development. There is however a definite qualitative improvement to the squad in 2017. A fresher, better start.

Scrum half Louis Schreuder comes with 66 caps from the Stormers (2011 to 2016) and returns from the Japanese Kubota Spears.

Tight head prop Ross Geldenhuys had 19 caps with the Lions up to 2011. He spent some time in the wilderness of Currie Cup until he reignited his career in New Zealand. He returns at 33 years old from the Mitre Cup (Tasman Makos) and 21 caps at the Highlanders.

Utility back Malcolm Jaer was a former ‘Baby Bok” (under 20). He has returned from injury sustained with the Blitzboks and scored for the Kings in both preseason trial matches.

Prop Chris Heiburg returns to South Africa from the Western Force where he has 23 caps.

Kings v Sunwolves 2016 – only one of two victories

The Southern Kings had two wins in 2016 – against the Sunwolves and the Jaguares. The Jaguares win is not as astonishing as it first seems – the Argentinians played with 13 men for much of the game.

The Kings conceded a staggering average of 45+ points and 6+ tries per game.

The Kings would not have appeared in the Currie Cup Premier Division in 2016 had SARU not stepped in to guarantee it. The Kings rewarded their benefactors with being last on the table.

No Super Rugby franchise, indeed no Premier Division Currie Cup team, was proven willing to face the Southern Kings in pre-season trials for 2017.

The Kings had a good shake down against Border Bulldogs who asked Deon Davids to arrive at full strength. No doubt the Bulldogs tasted an upset, so the result is reasonable. Southern Kings 28 Border Bulldogs 10.

The Kings then demolished the SWD Eagles 42 to 24 in a game where Deon Davids was unhappy with poor ball skills and will have work to do on defence before they meet the Jaguares at home on 25th February.

Laws – a special time of the year
Tuesday’s Rugby News