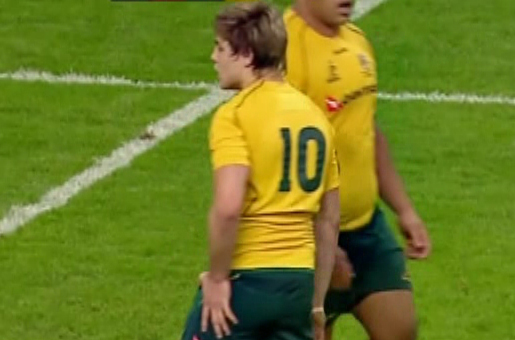 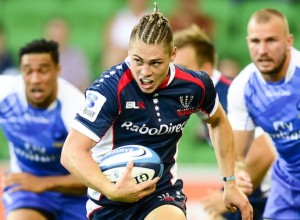 Whilst JOC will be operating within Robbie Dean’s game plan, no game plan is totally rigid and nothing ever goes exactly to plan on a rugby field, so he’ll have to make multiple decisions every minute of play.

The famous quote, or infamous (depending on your point of view), from Deans when he first started coaching the Wallabies was ‘Play what’s in front of you’. There’s nothing wrong with the underlying theme of that quote – when attacking a team has to react to what the opposition are doing and make decisions so they can take advantage of the opportunities they’re presented with.

My directions to JOC before the game would be – back yourself, make your decisions quickly and if it doesn’t work don’t go into your shell – we can make adjustments at halftime if required so stick with the general game plan but if you see opportunities, take them – there won’t be enough opportunities that arise in the game to ignore any by being conservative or sticking rigidly to the game plan.

The third member of the team that should be a key decision maker, in my opinion, is the #12. Whilst the #10 is looking towards the #9 their field of vision is limited to around the half of the field in front of them – the #12 should be the one looking at the other half of the field (normally the wider channels). Then if there’s an opportunity out wide the #12 communicates that to the #10.

That’s one of the benefits of playing with a second playmaker at #12 and Deans’ decision to start Christian Lealiifano will help JOC enormously.

This is different to decision making – it’s about giving the team direction and being in the right position to guide the team around the park.

Whilst there will always be times when the #10 gets tackled with the ball or has to support the ball carrier by getting into a ruck, they can’t manage the game from the bottom of the ruck so the #10 has to be disciplined enough to keep moving past the ruck and in to position to make decisions about what should happen next. That generally means moving to a position 10-15 metres away from the ruck from where their field of vision is much better.

Once in the right position, the #10 has to be clear in their communication to other players and in particular the #9. Does he want the ball or he does he want other players to take it forward? There’s always lots of chat on a rugby field but the #10 must get their message through to his teammates – if his message gets lost in the clutter, the team will be directionless.

Game management is the biggest challenge for JOC –it’s something that is really only learned by spending a lot of time at #10.

I’ve heard and read comments that JOC at #10 is a weakness for the Wallabies. I agree it may be a weakness, not because of his capabilities but because of the inexperience factor.

I’ve been saying for some time that #10 is JOC’s best position and I still hold that view but I would have liked to see him spend a lot more time playing there before being thrown into such a critical test match under the pressure he’ll no doubt be put be under by the Lions. The reality is he’s played just under 1,300 minutes at flyhalf in his professional career – the equivalent of 16 matches in 6 years. Since 2011 he’s played 608 minutes at flyhalf – the equivalent of just under 8 matches.

If JOC gets into trouble Lealiifano can step in to assist but he’s a rookie himself. No wonder Berrick Barnes is starting at #15 to provide additional backup. Having two players start at #10 and #12 with such little experience is a gamble but we know how talented they both are – they may just find that something special on Saturday night.

Watch the video for examples of JOC’s play at #10.

Analysis: Why injuries may force the lions to play their best hand
SURPRISES IN THE WALLABIES AND LIONS TEAM SELECTIONS?