Is Ballymore the future of QLD Rugby? 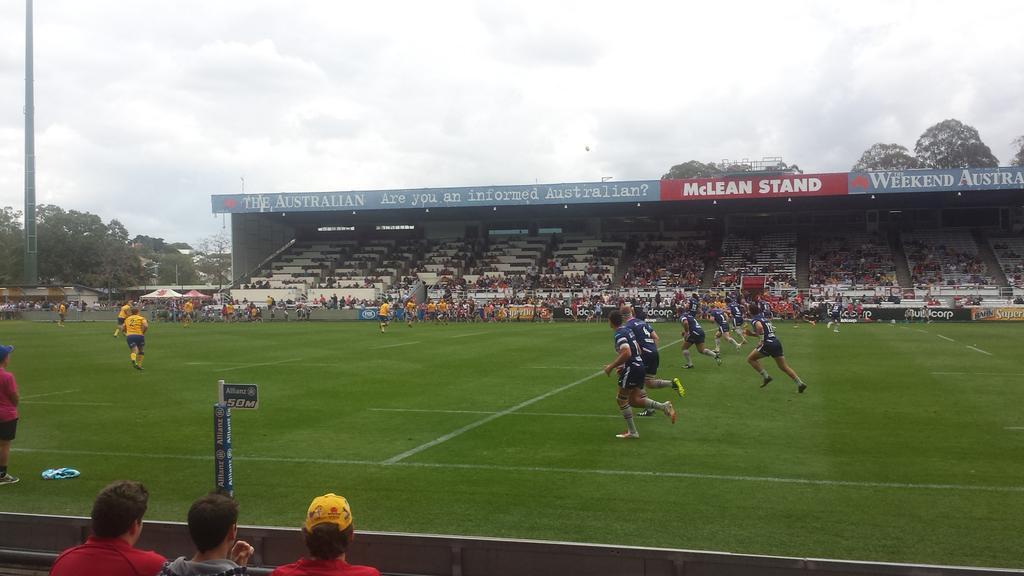 Is Ballymore the future of QLD Rugby?

Ballymore – history and tradition reverberate around this ground like few others. Walking around the ground it seems like only yesterday that John Eales led the once mighty Reds onto the field, or the Wallabies took on the British Lions in a test so fierce that it earnt the tag the ‘battle of ballymore’.

Great battles of triumph and despair by both QLD and the Wallabies have been fought on the hallowed ground, yet today the cherished ground faces a new battle, to flourish or fade.

Stands which once held thousands rarely see attendance these days, whilst the Queensland Rugby Union (QRU) will argue the fields are utilised with thousands of patrons visiting the ground annually for tournaments and finals, the realisation is that the majority of these visitors are players and not patrons.

Ballymore has been the heart and soul of Queensland Rugby for the past 50years, the QRU moved to Ballymore in 1966 after receiving the land as a grant from the state government. McLean stand was opened in 1968 followed by the Eastern stand in 1980 giving us the Ballymore Stadium we know today

In 2006 under a $25million grant promised by the Howard Govt, Ballymore was to upgraded into a multi-purpose sporting facility and play host to the Australian Rugby Academy. Wine bottles were popped and the pats on the back could be heard echoing down the QRU hallways, quickly the pats turned to whispers of horrors as the newly elected Kevin Rudd and his aptly named razor gang took to reducing govt expenditure, the rugby academy was one of the first projects to be cut.

Regrouping and looking forward, the QRU decided to press with the development application in the hope that the Govt would see the light and change there mind. Queensland Premier, Peter Beattie came to the party and supported a QLD Govt grant of $4.2million to build a 25m pool and minor improvements around the ground, yet this ray of hope has again turned to despair as the QLD Crime and Misconduct Commission (CMC) carry out a ongoing investigation into whether the funds were not utilised for their intended purpose and instead partly siphoned out to the UQ Rugby Academy.

An off-season cleanout of the QRU hierarchy has fueled rumours that the Ballymore redevelopment plan is again to be reassessed. However, the QLD Govt will be reluctant to support any more funding for a project which has the cloud of a CMC investigation still hanging over it. The federal govt seems to remain the last option, but the chances of a back flip from the Kevin Rudd Govt are slim. If a government grant fails to arrive the project would require to be funded by a loan, and whilst this isn’t alsways such a bad thing, Union is a niche market within Australia and not a proven income winner, something which lingers heavily when funding a project with debt.

A plan too far?

A-league side the Brisbane Roar moved to Ballymore at the start of 2009, the female Brisbane Roar side also play there W-League home games at Ballymore, but a financial crisis has had the Roar looking at their options as well. Their contract to remain at home in Ballymore expires at the end of 2010 and the QRU will be eager to retain the Roar as they  assist to fund the maintenance costs of the facilities.

In the next few months the QRU should receive approval from the Brisbane City Council for there proposed development application, at which point they will be confronted with the critical question of whether they pursue the project. It has the potential to revitalise Ballymore and secure an additional income stream for the QRU, however it also has the potential to be a financial burden which sends the QRU bankrupt.

Whilst there is a historical attachment between rugby union and Ballymore, one has to wonder whether alternatives have been considered. One such idea might be to search for a new home, to find a blank canvas and start new, sell the Ballymore land to a private developer or back to the govt and use the money to fund a new facility. Ballymore could be valued at $30million generously, planning legislation is the one thing holding back the value of the land but the govt may be eager to assist in this area, by providing funding for a new multi-purpose sporting facility and turning Ballymore into a community park with parts sold off to a private developer.

One option is to head out to the land abundant Brisbane Airport who are always eager to diversify their income stream, build a new multi-purpose sporting facility, a project which includes a boutique 15’000 seat stadium, 2 training fields, a gym, pool, accommodation, administration buildings and sport science precinct. Brisbane Roar become co-tenants, the Wallabies, Maroons and Socceroos can rent the facilities when in town and visiting AFL/NRL clubs can rent the facilities when in Brisbane.

Whilst its easy to float such a idea, I understand there are incredibly difficult logistics behind it, as well as the negative reaction from fans and stakeholders who hold a ideological nostalgic attachment to Ballymore. It might just be that we need to accept that Ballymore isn’t the best option anymore, geographically it’s in an isolated area amongst a suburban neighbourhood, Public Transport nodes are restricted making it difficult to reach, the stadium is growing older and the maintenance costs are only going to increase. Whilst I would love to see Ballymore become the proposed multi purpose facility the QRU want it to be, it’s just questionable as to whether the QRU has the power to make it happen.

Yet 2010 sees a fresh change blow through Ballymore; on the 10th Feb 2010 it will play host to a historical match with the likes of Lockyer, Folau, Campese and Hodges as the Canberra Raiders take on the Brisbane Broncos. 17 days later the QLD Reds play host to the Auckland Blues in the first Super14 match hosted at Ballymore since 2005, the Ballymore Cup brings dozens of schools from around the state to play each other.

Jim Carmichael the new Chief Executive comes from a AFL background with no strings attached, he has already expressed that Ballymore sits on a knife edge, and the new 2010 QRU wont shirk the responsibility of searching for new income streams for Ballymore whilst assessing the master plan at hand.

One thing’s for certain, with 2008 and 2009 the annus horribilis of QLD Rugby, 2010 could well be the annus mirabilis, both on field and off field there hasn’t been such a important year in QLD Rugby’s history, prevent a player exodus and secure the future of Ballymore.